Tis’ the season for giving and Justin Bieber has definitely been in the giving mood. The musician was named as one of this year’s most charitable celebrities in Hollywood, contributing to several charitable organizations and personally reaching out to those in need. 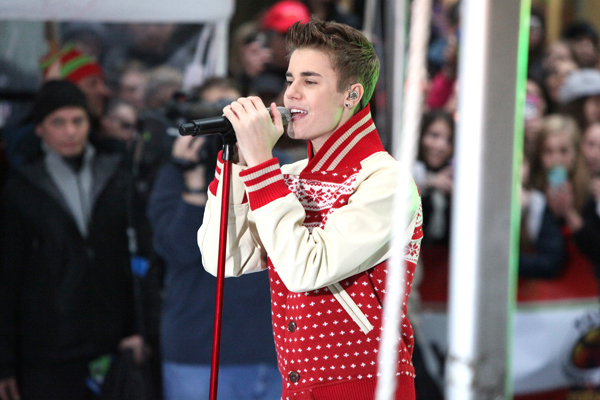 Justin Bieber can now add “most charitable celebrity” to his list of accomplishments this year.

Despite his busy music career, the teen hearthrob was voted as one of the top charitable celebrities on the DoSomething.org’s Top 20 Celebs Gone Good 2011 list. The Biebs placed second on the list right after Lady Gaga.

His recognition stems from his various good deeds throughout the year including the launch of his Believe Charity Drive, where Justin encourages people to start a fundraiser of their own or help raise money for non-profit organizations such as Pencils of Promise, another charitable campaign Justin has helped this year.

On his Believe Charity Drive website, Justin offers a personal message encouraging fans to donate whatever they have.

“With your help we can make anything happen,” the pop star said.

In addition to his charity drive, Justin has also auctioned off some of his personal and fan desirable items such as his running shoes and locks of his hair.

And the giving did not stop there.

On Dec. 21 he gave some Toronto students an early Christmas gift when he showed up at a Toronto Daily Food Bank for a surprise visit. According to The Hollywood Reporter, Justin tries to regularly give to local food banks, as he has revealed that his mom used a food bank when he was a child.

Justin also held a fundraising Christmas concert on Dec. 22 at Massey Hall in Toronto and raised $500,000 for the Children’s Wish Foundation in Toronto.

Although Justin has given so much to charity, he is the youngest person on Forbes highest-paid musician list, at $53 million.

READ ON FOR MORE JUSTIN BIEBER