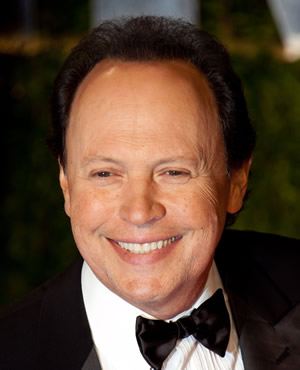 It did not take long for the The Academy of Motion Picture Arts and Sciences to choose Billy Crystal as the replacement for the hosting position at the Oscars after Eddie Murphy’s shocking decision to step down. Billy Crystal has been hailed as one of the best Oscar hosts in the history of the Academy Awards so it was an obvious choice for the Academy. Lucky for them, Billy Crystal was available and willing to host the Oscars on February 26, 2012.

It wasn’t actually the Academy who announced Billy Crystal as the new host of the Oscars however. Billy himself tweeted the big announcement before the president of the Academy Awards was able to make the announcement. Billy Crystal, in his own humor, tweeted, “Am doing the Oscars so the young woman in the pharmacy will stop asking my name when I pick up my prescriptions.”

The Academy themselves quoted Billy Crystal to say, “Some of the best moments of my career have happened on the Oscar stage. I am thrilled to be back there.” It seems as if all parties are happy by the turn of events, and after last years Oscar disaster, this year should prove that the Academy Awards are still the biggest and best award show to honor the film industry.

Brett Ratner is not for gays

If you have not heard and are wondering why Eddie Murphy and Brett Ratner stepped down from their positions as host and producer of the show, it is simple. Brett Ratner recently began making anti-gay comments and then went on the Howard Stern show to talk about not only his sex life, but the relationships with Lindsay Lohan and Olivia Munn. After the backlash the Academy received regarding the comments, they had no choice but to replace him immediately, or risk losing a large portion of their viewing audience.

More articles on the Oscars