You may need a cold shower after watching Britney Spears and her real life boyfriend Jason Trawick as they turn up the heat in her new music video “Criminal”.

Britney Spears is no stranger to controversy, so it should come as no surprise that her latest video made a few waves. She had the water cooler talk in full force when she dropped her sexy new video for “Criminal”. It wasn’t just Britney Spear’s usual over the top sexy music video scenes that had people talking this time. Much of the controversy swirled around the appearance of her real-life boyfriend, Jason Trawick, playing Britney’s steamy on-screen criminal lover in the video. 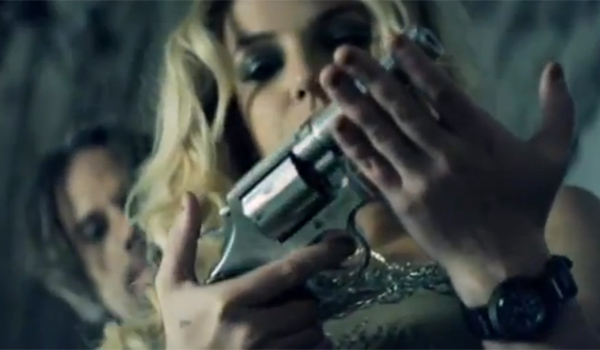 Britney wanted to include her beau in the music video from day one, but initially the idea was met with some resistance from director Chris Marrs Piliero. The director was simply concerned that Jason Trawick was too inexperienced to pull of the epic type of video he and Spears had been envisioning. He initially thought it would be best to hire an actor with the kind of experience to pull it off without having to worry about abilities.

It turns out that the director may have been wrong. Jason Trawick and his washboard abs and very over-the-top steamy scenes managed to impress and win over everyone. Chris Marrs Piliero couldn’t have been any happier with how the video turned out, and judging by the buzz around the video already, Britney Spears fans have taken a shine to her handsome real life love interest.

Britney gets what she wants

In the end Piliero is proud of the final product, and with the video well on its way to being a success, he is glad Britney Spears pushed so hard for what she thought was the right call. The two them had worked together previously on the video “I Wanna Go”. Maybe Britney Spears Proved her creative sense to Piliero on that project, making it as little easier to get her boyfriend a starring role this time. Either way all parties are hoping the move will pay dividends.

Check out the video below

More about Britney Spears and “Criminal”