With all the drama that took place in the second episode of Glee season three, what questions will be answered tonight?

Let’s get caught up

In season three, episode two of Glee, there was a little bit of everything going on. Glee Club Director Will Schuester (Mathew Morrison) Implemented a “booty Camp”, which is a mandatory dance practice for a few members of New Directions that Will deemed a little behind the rest of the club. This “booty camp” is to be taught by Mike (Harry Shum Jr) and his students include Finn, Puck, Mercedes, Kurt and Blaine. 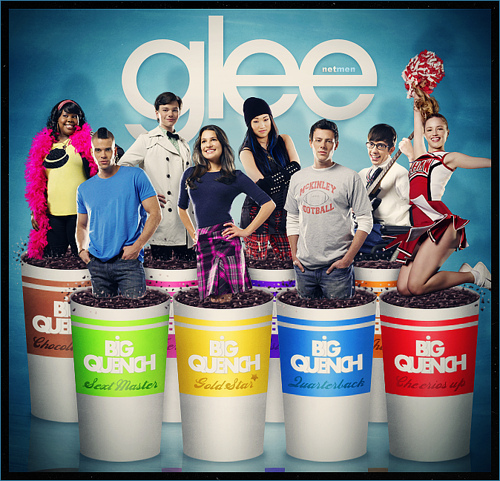 Being too busy to direct the upcoming school musical West Side Story, Will enlists the help of guidance counselor Emma (Jayma Mays), football coach Shannon (Dot-Marie Jones) and Ned Directions member Artie (Kevin Mchale). Kurt attempts to land the lead role of Tony in the school musical by initially performing “I am the Greatest Star” from funny girl. After hearing the directors discussing whether Kurt is masculine enough to be a believable Tony, Kurt decides to do a second audition. In this audition Kurt does his best attempt at coming across as masculine, unfortunately for Kurt the performance is laughable to all in attendance because he is just not believable as a stereotypical masculine man. Kurt feels utterly defeated until he has a heart to heart with his father Burt (Mike O’Malley), who encourages his son to own who he is, and be proud of how unique he is.

In an effort to avoid competing with Kurt, Blaine auditions for a supporting role in the musical . The directors are imedeiately impressed, and they ask if he will read for the part of Tony instead. Kurt, who was watching from side stage, silently walks out.

Rachel’s biological mother Shelby Corcoran (Idina Mnzek), who is also the adoptive mother of Puck and Quinn’s daughter Beth, gets hand picked to coach a second glee club at McKinley High. This second club comes about after Sugar Motta (Vanessa Lengies) has her wealthy father offer the school funding as an exchange. Shelby tries reaching out to Rachel, Quinn and Puck. Puck Is able to see Beth right away, but Quinn is not offered the same opportunity based on her recent behavior and attitude. After seeing a picture of Beth, Quinn becomes very determined to change, or at lease appear that she has. After returning to her former appearance Will and the New Directions welcome her back into the club. Puck tells Quinn he is proud of her, but Quinn reveals she is only pretending to behave in order to take Beth back from Shelby, and intends to pursue full custody.

What is in store tonight?

On tonights episode we will see Quinn continue her fake attitude make-over, but will it bring her any closer to baby Beth? Also in tonights episode, we find out just how strict Mike Chang’s parents are, as they make an appearance on the show and reference his grade as an “Asian F”. You will have you tune in to find out what that means and how the rest of these stories progress.