When you are on camera and the director yells action, where do you draw the line? True Blood actress Anna Paquin shares her thoughts on how far to take the very sexy scenes in the HBO hit television series.

When there’s a camera crew on you it’s hard to have intimate moments with your husband. But it’s something Anna Paquin (age 28) has had to deal with since she tied the knot with hubby Stephen Moyer (age 41) last August. 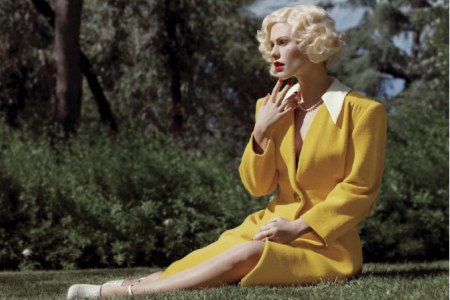 Paquin spoke with V Magazine about these steamy scenes on the set of HBO’s vampire series True Blood where Moyer plays one of her love interests. Some might say that 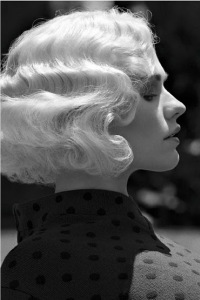 it’s unusual for a couple to be simulating sex in front of people; but to Paquin it’s just part of the job.

They’ve gone over what each other’s personal boundaries are as well as those of the director, so they tend not to run into any trouble. For the most part, it’s all about being aware of what those boundaries are. You have to stay in character and can’t let you own “real life” feelings get in the way.

Paquin, who was born and raised in New Zealand, says she finds it amusing to watch men and women fall all over Moyer. Fans tend to keep their requests respectful though, and usually only want a hug.

Maybe Paquin is so cavalier about all the attention Moyer gets because of her openness about her own sexuality. In 2010 Anna revealed that she is bisexual; claiming that nobody had ever asked her sexual preference and had they, she would have told the truth. Recently Paquin participated in a PSA campaign for Give a Damn, which featured celebrities speaking out for and raising awareness of equality. Anna believes that who a person loves or decides to spend their time with is their own business – nobody else’s.

True Blood fans may disagree with this when it comes to whom Sookie (Anna’s character) chooses. Sookie may be sweet, intelligent and a clairvoyant but she sure is gullible! 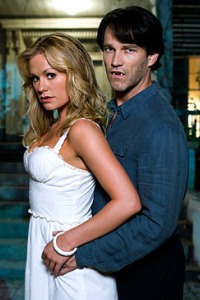 She has vampires, werewolves and shape shifters all sniffing after her fairy blood and Sookie loves them all! But I guess it’s either keep those you love close and feel protected or be killed by the other evils that are lurking at every shady corner.

Sookie has recently realized her fairy powers – watching how this storyline develops will be interesting! I’d tell you about the scene from the most recent episode, but I don’t want to ruin it for you.

Well, whether it’s loving her husband Moyer or his character Bill Compton, I’m sure we will see many more steamy scenes in seasons to come!

Can you believe there is only 1 episode left this season?? Tragedy!