As the kids of West Beverly High graduate and move on to higher learning, they soon realize that growing up is not all fun and games in this season’s The CW television series 90210. 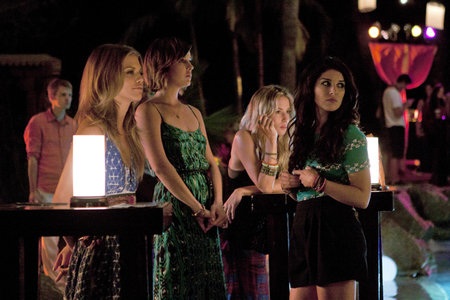 So, it’s all come to this…As the kids grow up and head to college it seems the parents have left the nest. Don’t expect to see any “adult figures” this season as Lori Loughlin and Ryan Eggold have been let go. And it saddens me to say that Teddy’s (Trevor Donovan) role has been downgraded to “recurring”. Are the writers maybe back-tracking a little after having Teddy expose his homosexuality to his friends? What message are they sending?

With Naomi’s (AnnaLynne McCord) unexpected pregnancy and Liam’s proposal to Annie, this should be a drama-filled season for all you 90210 lovers! Liam (Matt Lanter) comes back to town for Annie (Shenae Grimes) – ready to commit, finally. But is Annie ready for it? Silver (Jessica Stroup) and Dixon (Tristan Wilds) are still hot and heavy, much to the dismay of Adrianna (Jessica Lowndes) who has so much anger and hatred in her that she doesn’t even realize that she has become the most-hated person at West Beverly. At least they don’t go to that school anymore! Adrianna is back to try to make amends with her old friends; but is it too late for that?

This season is set to be the hottest yet! Take a look at the season 4 preview video.