Donna Greenberg — singer, songwriter and lyricist, launches her second CD Mav’rik with a special pre-Valentine’s Day concert at Toronto’s The Annex Live on February, 12 at 8 p.m. 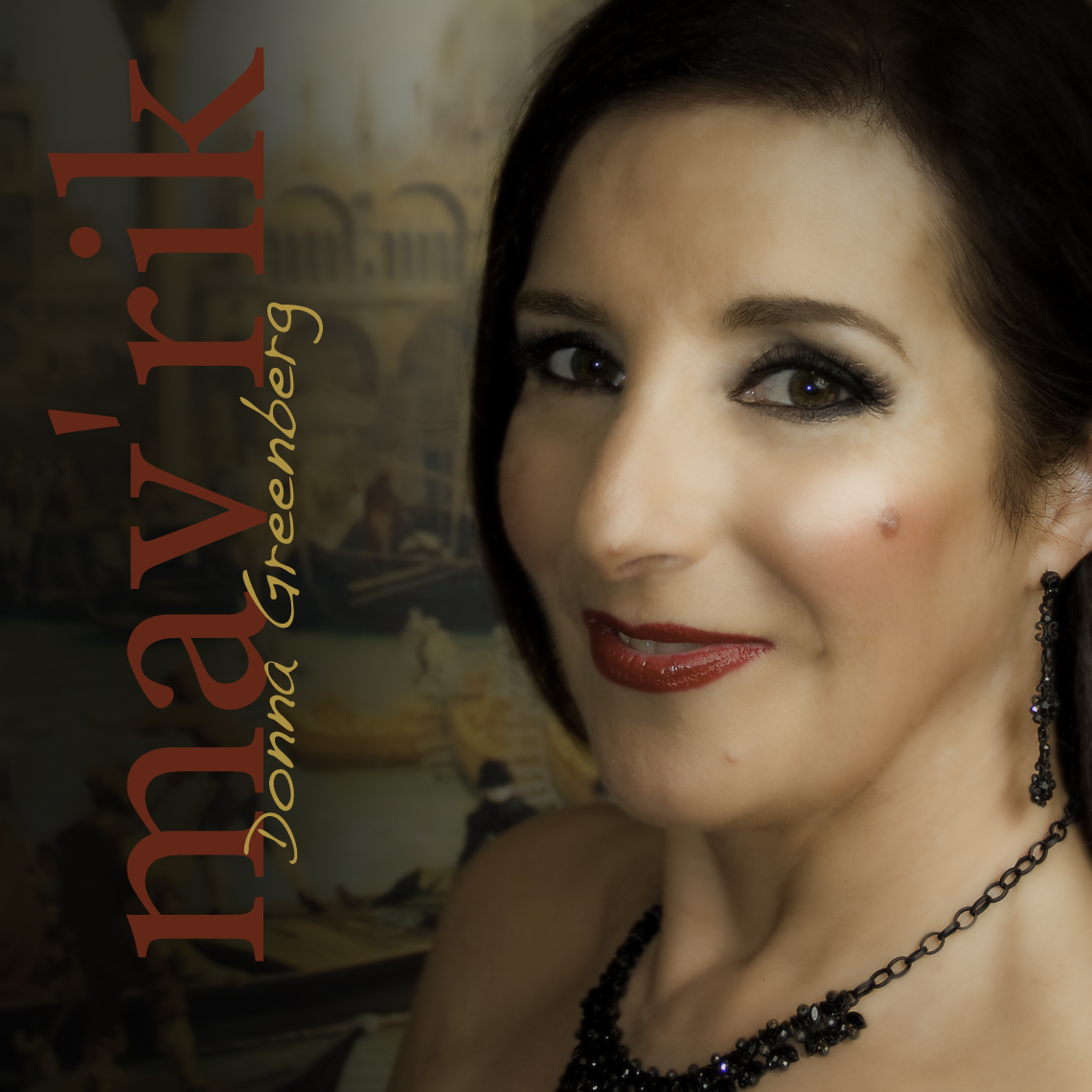 Mav’rik is an eclectic mix of 12 original songs composed by the chanteuse herself. Mav’rik showcases Greenberg’s heartfelt lyrics in four languages. The CD enlists some of Toronto’s most in-demand musicians, producer and musical director Jordan Klapman’s arrangements and the orchestrations of Tony Quarrington.

The Toronto native’s CD crosses boundaries jumping genres — salsa, lullaby, Celtic folk, tango, swing, bossa nova, and more. In the tradition of the 20th century popular songwriters, Greenberg, as a songwriter says she brings this musical craft full-circle for the new millennium, and hopes listeners will be especially touched by her lyrics.

Greenberg will be joined on stage at her Valentine’s concert by Klapman on piano, drummer Glenn Anderson, Henry Heillig playing bass, Tom Skublics on clarinet, flute and sax, along with special guest, trumpeter Jon Seiger.

“The Valentine’s Concert is a special evening because we are bringing the music we created on Mav’rik to a live audience. From a young age I have written songs and now as a performer and recording artist, I am able to realise my dream of sharing my music on stage and seeing peoples’ reactions.

“Creating music with these musicians especially Jordon Klapman is a great experience because my music is coming alive not just through my voice, but through the interpretations of the other musicians. For me as a songwriter, it is a thrill,” Greenberg enthuses.

Prior to realising her dream as a singer and songwriter, Greenberg was an accomplished choreographer, dancer and dance filmmaker. Her early influences included jazz, opera, classical music, musical theatre, and liturgical music.

She graduated from The University of Toronto with a BA in English Literature. Greenberg continued her education with extensive musical training making her a sought after classical solo artist who has performed in many languagees, a skillset reflected in Mav’rik.

Greenberg says her first love, in addition to performing original material, is to introduce audiences to rare and unusual musical finds. A Tribute to Gershwin, Porter and Rodgers, was Greenberg’s first foray into jazz, a one-woman show, for which she sang, danced, and wrote. Now, jazz is the mainstay of her live performances.

Greenberg has been collaborating with arranger Klapman since her debut release, Stranger in 2009. Stranger hit the Top 30 chart on CIUT and continues to be played on-air worldwide. Greenberg was named Jazz Vocalist of the Month: October 2010 on Bob Birch Radio in the United Kingdom.

Plans are to tour in 2011 in support of her album. When not performing, Greenberg teaches adult ballet classes, loves to read, take long walks and has a great passion for films.

Go online for more information on Donna Greenberg and Mav’rik, and The Valentine’s CD Launch at The Annex Live, 296 Brunswick Ave. Tickets are $15, For reservations: 416.929.3999 or online at: www.theannexlive.com.