British-born, California-based actress and artist Jane Seymour brings her fine art to Art Trax Gallery in Mississauga, Ontario’s Port Credit, from November 4 to November 19. SheKnows talked to the lovely Jane about her 2010 Canadian Exhibition and her life as an artist. 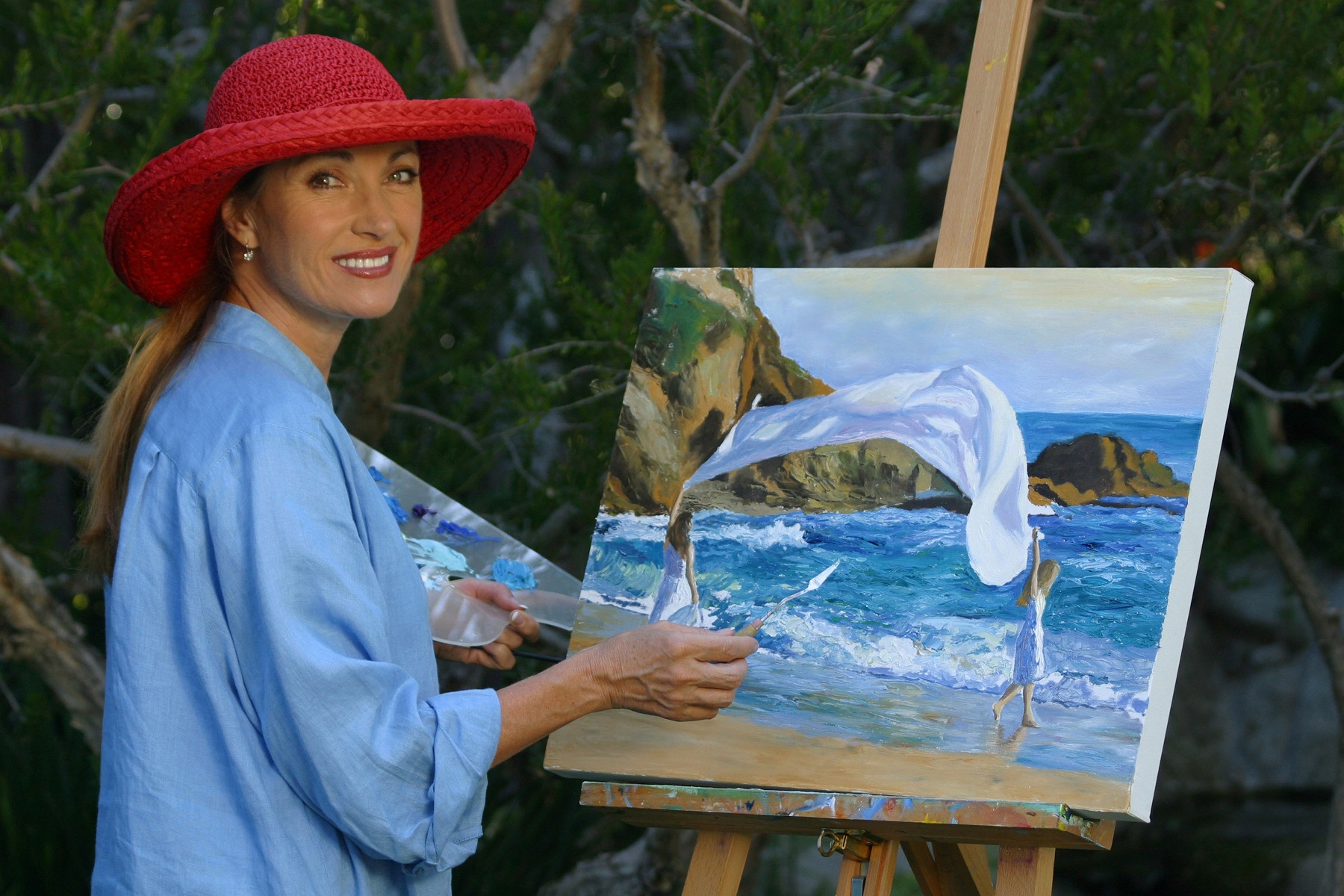 The Art of Jane Seymour: 2010 Canadian Exhibition, her first exhibit in the Toronto area… is chockfull of original works of art including Seymour’s paintings, watercolours, sculptures and limited-edition giclées…the highest form of reproduction.

From actress to artist

The actress/painter started in watercolour. “Apparently, it is very unusual for an artist to paint in watercolour and oil, and sculpt and do pastels,” explains Seymour. “I really enjoy playing around with different mediums, and I sometimes mix the mediums.”

She told us about some of her techniques, and her tips. “Oil is somewhat more forgiving; you can paint over it. Watercolour, when it has gone wrong — it’s dead. When you do watercolour, it is very spontaneous and you have to know where to stop and you have to make sure not to make it muddy and overpaint it. When you paint oils, it is the other way around… it is layer upon layer. Some of my oils are transparent, and others are really thick — palette knife.” 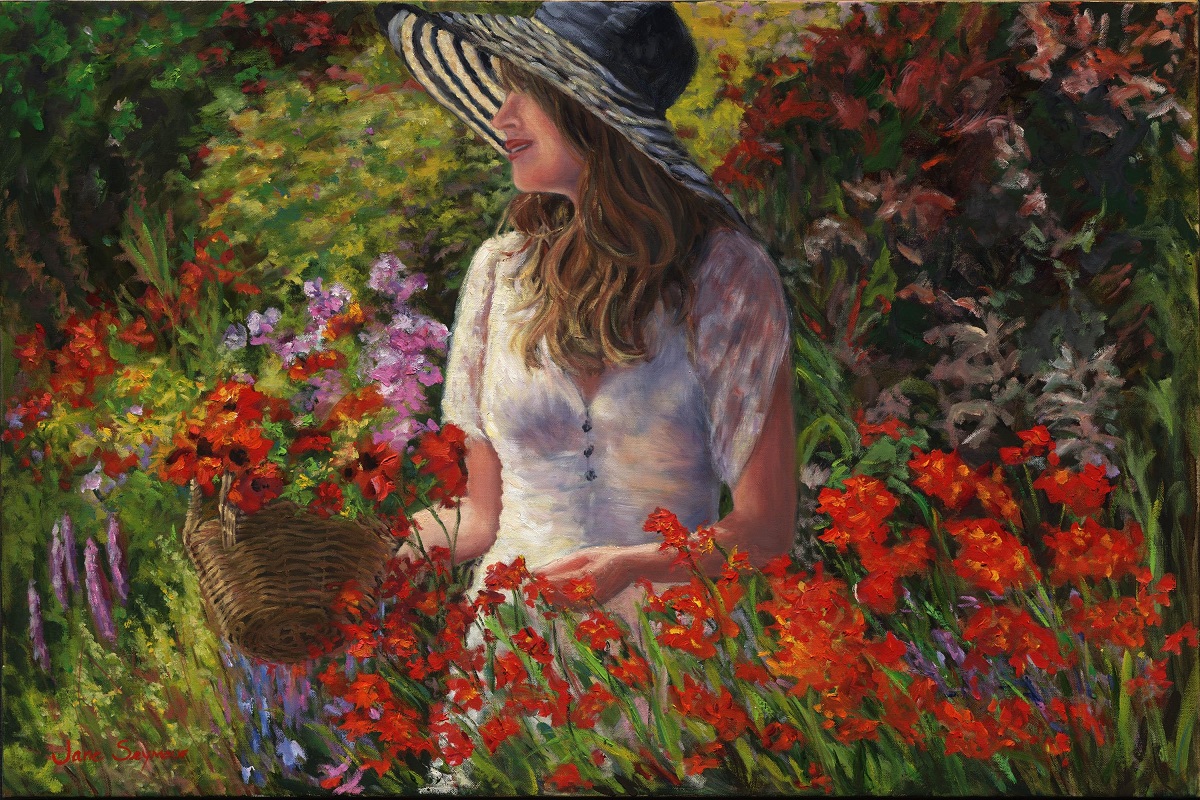 Seymour, a former contestant on the American version of Dancing with the Stars, and best known for her roles as a Bond Girl in 1973’s Live and Let Die, and the lead in TV series, Dr. Quinn Medicine Woman, will be attending the opening of this exhibit, west of Toronto. Spending the weekend, Seymour will be appearing at events including the Darling Home for Kids Gala, a fundraiser at Toronto’s Liberty Grand.

The actress is a humanitarian and is passionate about children’s causes and raising awareness for women’s heart issues and takes pleasure in giving back by donating her artwork to numerous charities.

Her showing includes paintings from her Open Heart series. The open heart philosophy is very important to her. It was a way for Seymour to deal with tough times, something that her late mother, a Holocaust concentration camp survivor knew all about and instilled in Seymour. Her mother often said, “When life felt insurmountable…help someone else. By opening your own heart, you can let go of what’s eating you up and move forward.”

Her Open Heart paintings have inspired her to design a line of Open Heart jewellery, and is available at Jared and Kay Jewelers in the United States.

Seymour hopes art collectors attending her exhibit at Art Trax Gallery will enjoy the variety and find something that they love and will want to look at for a longer period of time.

The actress came to the fine arts only a decade ago, but serves as an inspiration for others. “Pretty much everyone will doodle at some point in their lives. Art is very healing, there is a reason they use art in therapy for people who have been traumatized. To me, art is something I can’t live without…I have to paint, it is something I love. I feel I can say a lot with a painting, a lot more than I can say in words.”

“The viewer sees all the different paintings, and will gravitate towards one that speaks to them for some very personal reason,” she says. “That is fun about the shows.”

Seymour has created costume and set designs for the Houston Ballet’s production of Five Poems in 2001 and mounted her first one-woman museum exhibition in 2004 at the Butler Institute of American Art. She was selected as one of the official painters of the 2005 Torino Winter Olympics, the 2008 Beijing Olympics and the 2010 Vancouver Olympics. On-hand at Art Trax Gallery, are the original paintings from the Torino and Vancouver Olympics.

12 mins ago
by Reshma Gopaldas

15 mins ago
by Daisy Maldonado