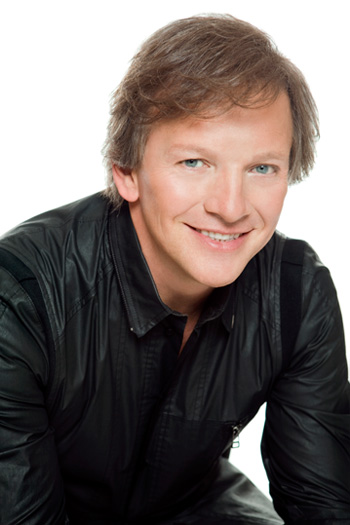 “I’m really looking forward to bringing my new show to Toronto. It’s been some time since I’ve been here. I love the city and the audiences here are so warm,” says the Quebec native, known to fans across Canada and the world, as “the man of 400 voices”.

For The One-Man Hit Parade, Gagnon once again teams up with his long-time collaborator Stéphane Laporte. He’s also tapped the talents of some of Canada’s best comedy writers, including Gord Holtam and Rick Olsen of the Royal Canadian Air Farce and George Reinblatt from Rick Mercer’s Monday Report and Just for Laughs.

Also onboard, is Moment Factory, the multimedia firm behind the last Nine Inch Nails tour and some of Le Cirque du Soleil creations, which results in a mixture of music, comedy, technology and creativity.

In true Gagnon style The One-Man Hit Parade, encompasses famous voices of vocalists from around the globe, showcasing a musical history over the past 60 years.

Only in Gagnon’s world would artists such as Elvis, Barry White, Guns N’ Roses, Justin Timberlake and Susan Boyle be appearing all on the same stage on the same night.

Unlike other successful impersonators, who reproduced the talking voice…Gagnon performs pitch-perfect vocal renditions of our favourite musical performers. In 1985,the impersonator with the impish grin garnered attention while performing at the Just for Laughs Festival in Montreal, by impersonating the entire celebrated vocal ensemble from the recorded song, “We Are the World.” Word spread quickly about his talents. Gagnon was invited on the Tonight Show with Johnny Carson and soon after was selling-out concerts in North America and Europe.

The critically-acclaimed entertainer has since performed over 3,500 shows in over 11 countries in front of over 5 million fans breaking box office records along the way. He made a name for himself in Las Vegas, with two multi-year engagements, first at the Venetian in 1999, and later at the Paris.

André-Philippe Gagnon – “We Are The World”

André-Philippe Gagnon singing “We Are The World” in a variety of voices.