Glasgow-based actor Gary Hollywood was discovered as a 12-year-old and found himself in the STV show Taggart in a three-part series called Gingerbread. He is best-known in the United Kingdom for the character Dominic Ramsay in the soap opera High Road. Hollywood, that’s his real name, also starred in the movie Winter Guest with Emma Thompson [who played his mother]. He also had the title role in John Muir on PBS in the United States. 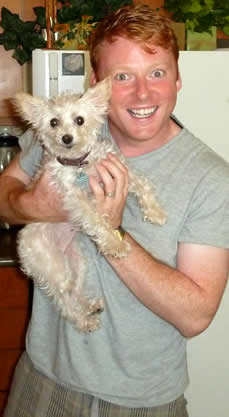 For the last ten years, the Scotsman has teamed up with Irish funnyman Brendan O’Carroll touring Europe and, most recently, Canada, for a series of five Mrs. Brown theatricals. So successful are these plays, this fall, the gang of thespians, that include both O’Carroll’s long-time friends and family members, will be filming a BBC London series in Hollywood’s hometown of Glasgow. Named Mrs. Brown’s Boys, the series will be based on the plays, but adapted for television. It will air at the beginning of January 2011 on Thursday evenings at 10:30 p.m. There are future plans to broadcast it worldwide.

The two met, while working together on a pantomime in Glasgow. O’Carroll had just finished writing the first Mrs. Brown show, Good Mourning, Mrs. Brown, and asked Hollywood if he fancied coming on the road. Hollywood jumped at the chance, leaving a lucrative career in television to experience live theatre. 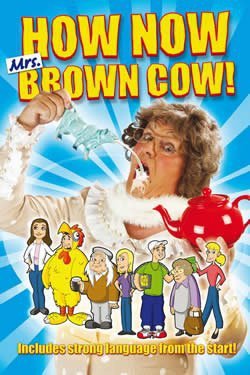 “I play the character Dino Doyle, who is the partner to Mrs. Brown’s gay son Rory,” says Hollywood, who is married to choreographer Sharon Hollywood and is the father of three boys: Jack, 8, Charlie, 6, and Zach, 10, from a previous relationship. The family joins him on the road when holiday time from school allows it.

“It has been fun because there are five different Mrs. Brown’s plays, so we don’t get bored because every city gets to see a different play. We alternate as we go. We will film the show and then will continue to tour.”

Hollywood wants people to leave having a good laugh. “The nice thing about the television series is it’s going into people’s homes. Hopefully, it will then promote our stage shows, which will mean we’ll be able to expand to new cities. So, when we get to a city, the public will already know of Mrs. Brown because of the exposure on the BBC,” says Hollywood.

To keep up with the Browns go to Mrs Brown’s Boys.