On Oct. 1, Toronto’s Sony Centre For The Performing Arts will once again open its doors following a two-year renovation and restoration — 50 years to the day the centre first opened its doors. To commemorate this special occasion, a who’s who of Toronto’s VIPs and celebrities are invited to an opening night performance of Cirque loize iD… a spectacle combining hip-hop, breakdance, BMX bikes and 10 circus disciplines running until Oct. 9. 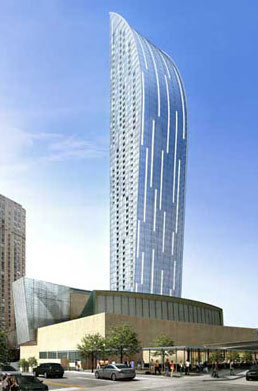 “When the centre opened in 1950, the city of Toronto was rather homogeneous,” says Dan Brambilla, CEO of the Sony Centre For The Performing Arts. “Today, we’re a city of 232 cultures. So, our re-opening is not about celebrating the past, although we certainly respect it, but rather, as a civic theatre, we’re striving to provide entertainment to those 232 cultures that live in our city. We’re presenting spectacles that validate our many cultures here, including Chinese, Japanese, Polish, Russian and South Asian. We’ll also be serving food that reflects the ethnicity of the shows on stage. So, not only will you see world class entertainment on stage, you’ll be able to enjoy food to match.”

Musical performances will include A Leahy Family Christmas, BarbieTM at the Symphony, The Canadian Tenors, Kodo Drummers of Japan and 1964, the tribute recreating an early 60s live Beatles concert 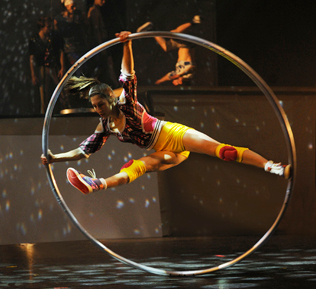 Respecting the past and updating for the future

“We’re going back to the way the centre looked when it first opened,” adds Brambilla. “It’s a magnificent heritage site and over the years there have been some interventions that hid many of the wonderful architectural details of the building. What we’ve done in this renovation is uncovered and restored the original glory. For example, the 189 bronze doors, the 1700 cherry wood panels inside the theatre, the coved ceiling in the lobby and, of course, all the Carrera marble. People will see a fresh new look that is actually the original look.

“At the same time, we’re respecting the past. We’re adding new state-of-the-art technology from Sony Canada. We’ll have monitors throughout the building, North America’s largest video wall, the latest 3-D technology shown in the lobby and we’ll have video marquees outside the building.”

The Stampeders: Back on the Road with a Concert Tour and a New Album
Loretta Swit is Shirley Valentine
Love, Loss, and What I Wore