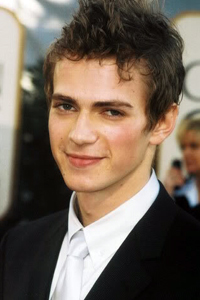 So the cute actor may taking a ‘break’ from his fiancé Rachel Bilson but that doesn’t mean we need to take a break from him. His role as Anakin Skywalker in the second and third Star Wars prequel trilogy is what launched him to international fame but this Vancouver born actor was first recognized for his role in Life as a House in which he was nominated for a Golden Globe.

Lilly was born in Fort Saskatchewan and is currently living in Vancouver and has made a name for herself as the feisty Kate Austen on the hit series Lost and even though the show has wrapped up the final season, we can’t forget this Canadian primetime superstar. She also appeared in The Hurt Locker as Connie James the wife of Jeremy Renner’s character First Class William James.

Known for his role in The Notebook and for his relationship with co-star and fellow Canadian actress Rachel McAdams, this sometimes scruffy and definitely handsome Canuck has won us over. Born in London, Ontario he started acting on such shows as Goosebumps, The Mickey Mouse Club and Breaker High, since those days he has starred in such films as Lars and the Real Girl, Half Nelson and Murder by Numbers.

At the age of 45 Evangelista doesn’t look a day over thirty! She knew at the age of twelve that she wanted to be a model and obviously succeeded in doing so. Born in St. Catharine’s, Ontario she was discovered at a Miss Teen Niagara Competition and soon moved to New York City to begin her modeling career. She has modeled around the world, been on countless magazine covers and is currently the face of L’Oréal. 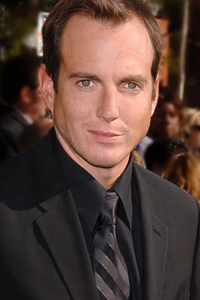 This Canadian funny man met his comedian wife Amy Poehler while on the set of Saturday Night Live and even appeared with her in Blades of Glory as the Van Waldenberg sibling rival skate team. He is also known for his role as Gob Bluth on the series Arrested Development as well other comedic roles in movie and television.

He’s been acting for 25 years, so of course we had to put him on our list. From Bill and Ted’s Excellent Adventure to The Matrix to Speed, it seems like Reeves has acted in all types of movie genres. With plenty of movies under his belt and hopefully more to come this Canadian actor has been incredibly successful.

He used to open for Rodney Dangerfield, was cast in In Living Color and his roles in Ace Ventura: Pet Detective, Ace Ventura: When Nature Calls, The Mask and Dumb and Dumber skyrocketed his career. Although he is mostly known for his comedic performances he has also won two Golden Globes and has acted and added his voice to many different films. Although he has dual citizenship, he is still one of our favourite Canadians. 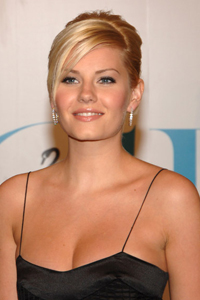 Born in Calgary, Alberta this Canadian actress soon found success in her role as Kim Bauer the daughter of Jack Bauer on the hit show 24. She has also appeared in Old School and starred in the film The Girl Next Door. She is and avid hockey fan and is currently dating Toronto Maple Leafs Dion Phaneuf.

If you watch Grey’s Anatomy then you probably know her as the in-your-face Dr. Cristina Yang. But before she started practicing medicine on the set of Grey’s Anatomy, Oh was known for her role in the film Double Happiness. However she reached popularity among American audiences with her roles in Under the Tuscan Sun and Sideways.

With Two Grammy Awards and multiple Juno Awards it is obvious that Michael Bublé has found success worldwide. With his jazz/vocal music striking a chord with listeners and his vocal style even being compared to that of Frank Sinatra it’s no wonder his music has reached beyond the Canadian borders.

More on your favorite celebrites