It’s a Canadian Invasion! Here’s a list of some of the hottest and most talked about Canadians taking over Hollywood. 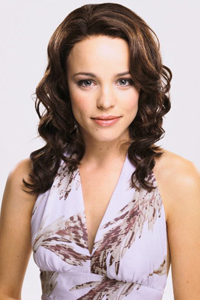 This gorgeous Canuck was first recognized for playing Regina George opposite Lindsay Lohan in the film Mean Girls and since then her career has taken off! She recently appeared alongside Robert Downey Jr. in the 2009 film Sherlock Holmes, and has been in plenty of other high-profile movies, including The Time Travelers Wife, Wedding Crashers and — of course — The Notebook.

This Vancouver native started acting long before he tied the knot to the lovely Scarlett Johansson and has been making Canada proud ever since. He has appeared in movies and television of all genres and was named People Magazine’s Sexiest Man Alive in 2008 and 2009. He is most recognized for his roles in Smokin’ Aces, The Proposal, Definitely Maybe, X-men Origins: Wolverine and National Lampoon’s Van Wilder — and get ready to see him as Hal Jordan in the upcoming Green Lantern (2011).

You might know her as E’s on-again, off-again girlfriend Sloan McQuewick in the HBO hit Entourage, but before this smokin’ hottie hit LA, she found her passion for acting in Toronto. Since then she has been considered One of the Most Desirable Women, according to AskMen.com and even topped the list in 2010.

Unless you’ve been living under a rock for the past ten years then you know that Kim Cattrall has been playing the sexy Samantha Jones on the HBO series and box office hit Sex and The City and most recently Sex and The City 2. Although she was born in Liverpool, England she grew up in Courtenay, BC. 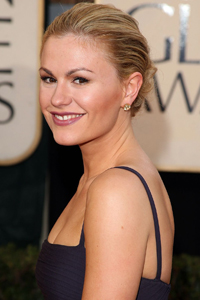 Onf HBO’s True Blood, Anna Paquin is turning Sookie Stackhouse into a household name. The actress who was first recognized for her role in The Piano — and as one of the youngest Oscar recipients — is now known for having lusty vampire affairs, fighting the supernatural and keeping the company of shape-shifters.

If you have daughters then Bieber fever is probably spreading through your house like wildfire. This 16 year-old Billboard topper was born in Stratford, Ontario and first found popularity when he was just 12 after a video of him singing in a local Stratford vocal competition was posted on YouTube.

This blonde bombshell was born in Sweden but moved to Canada when she was two years old. She grew up modeling and acting in Ontario and first got her start by winning The Ford Supermodel of Canada search at the age of 17. After that she packed her bags for Hollywood and since then has been known for her roles in The Watchmen, 27 Dresses, The Proposal and The Heartbreak Kid to name a few.

Rogen has been making a splash in Hollywood for quite some time now, but this funny man started his comedy career at the age of 13 after signing up for a comedy class in Vancouver–after that there was no looking back. Since that comedy class he and friend Evan Goldberg co-wrote Superbad, he starred in the stoner action flick Pineapple Express and got Katherine Heigl pregnant in Knocked Up. 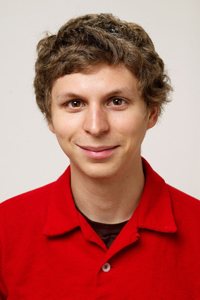 Most recently seen in the film Youth in Revolt, Cera is best known for his roles in Juno, Superbad and the TV series Arrested Development. This ‘baby-faced’ actor was born in Brampton, Ontario and already has an impressive résumé at the age of 22. With his awkward and off-handed comments that have everyone laughing, there is no wonder why this young actor is already so successful.

Born in Halifax, Nova Scotia this 23 old actress has already received Golden Globe and Academy Award nominations for her role in the 2007 film Juno where she played a pregnant teen, alongside fellow Canadian actor Michael Cera. She most recently starred in the film Whip it with Drew Barrymore about a Texas teen who falls in love with roller derby.

Up next: The Top 10 Canadian celebrities in Hollywood >>