Get ready to learn everything there is to know about the epic crossover episodes that will pit the Arrow against the Flash.

Warner Bros. bans 2 huge players from The Flash and Arrow

1. Dig’s reaction to seeing Barry as the Flash is everything 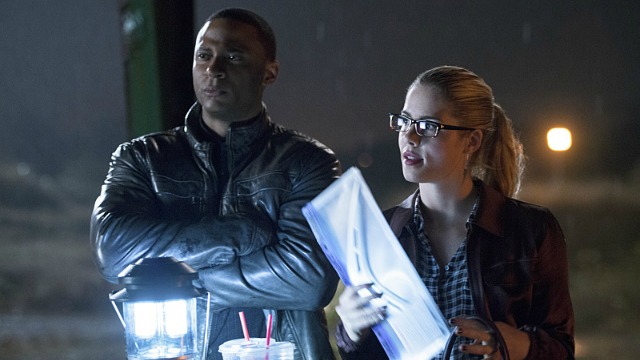 You’ve never seen Dig like this and we guarantee it will leave you laughing harder than you have ever laughed in your life. OK, so maybe we can’t guarantee that, but it will be funny. 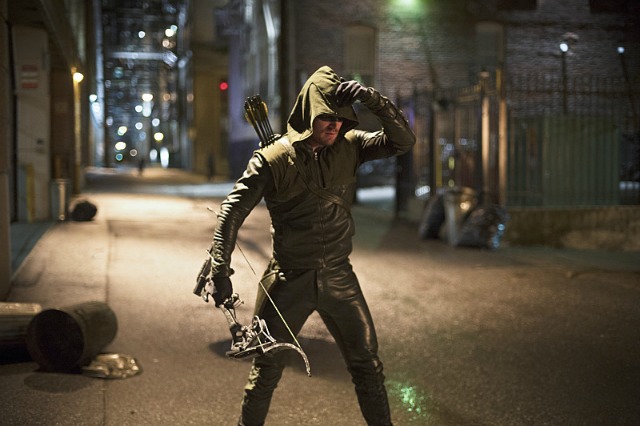 That’s the thing about traveling to a new town to meet up with another superhero, more people are bound to find out your secret.

3. Barry will take on Eddie, but not for the reason you think 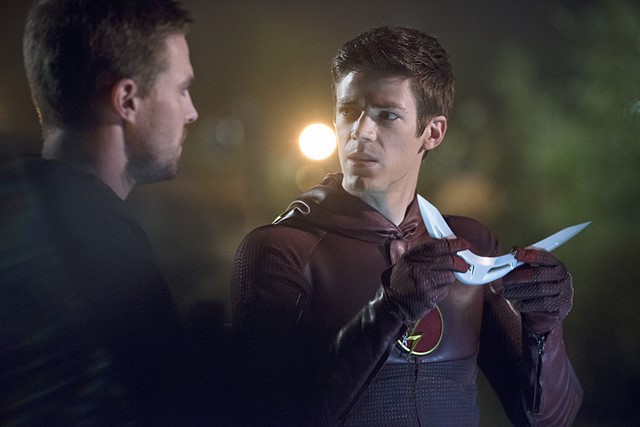 So far, Barry and Iris’ boyfriend haven’t had any major tussles. But all of that will change in the crossover episodes.

4. The battle between Barry and Oliver will be epic 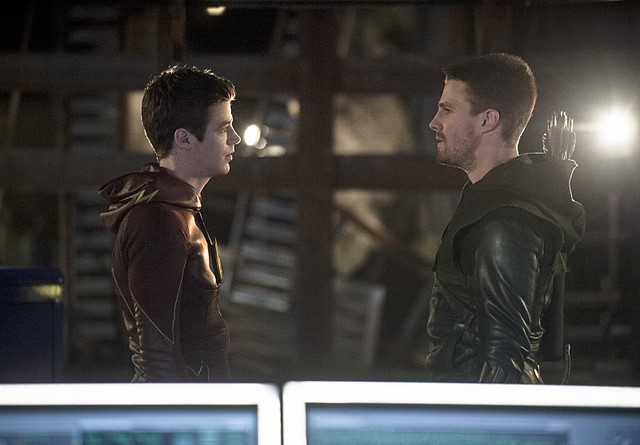 Whatever you have imagined about what it would be like to watch the Arrow take on the Flash, the reality is even better.

5. There’s a reason they have to fight and it’s a scary one 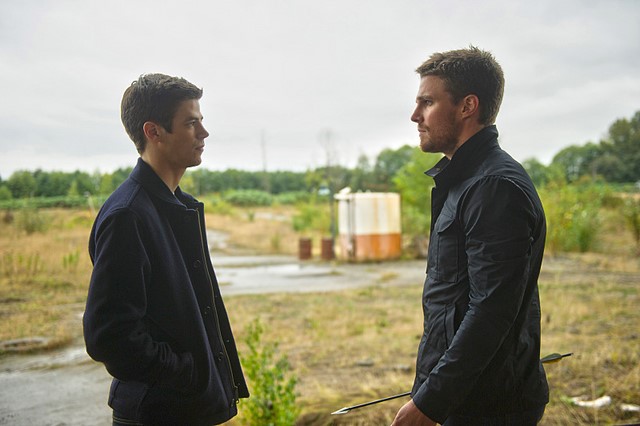 Oliver and Barry don’t just decide to battle it out for fun. One of them is in danger and it’s up to the other to save them. The resulting war is as frightening as it is exciting. 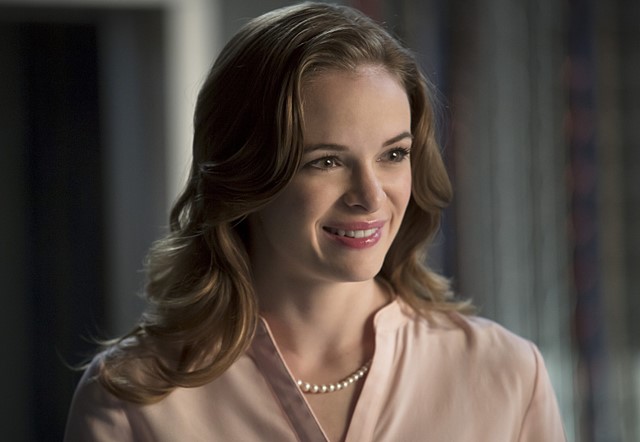 These two ladies are tasked with making sure the superheroes in their lives have the backup they need. Something like that is bound to form a bond and it brings them closer together.

The Flash premiere: Why this new superhero is worth watching

7. Barry and Iris’ relationship will face a brand-new challenge 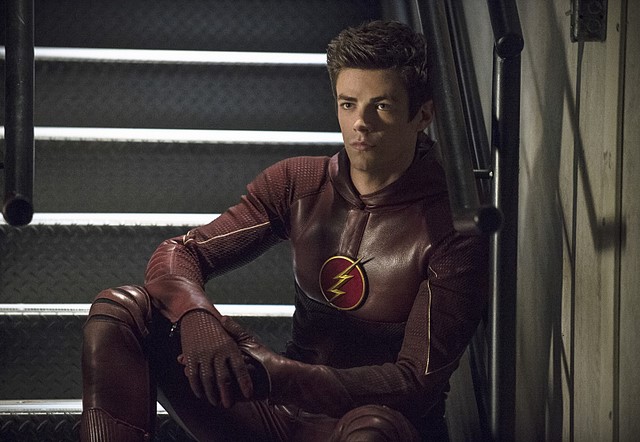 By the time the crossovers are over, things are going to be very different between Barry and Iris. Actually, to be more accurate, they will be different between Iris and the Flash. She may not ever look at her hero the same way again.

8. You’re going to love it when the Arrow, Flash and Arsenal team up 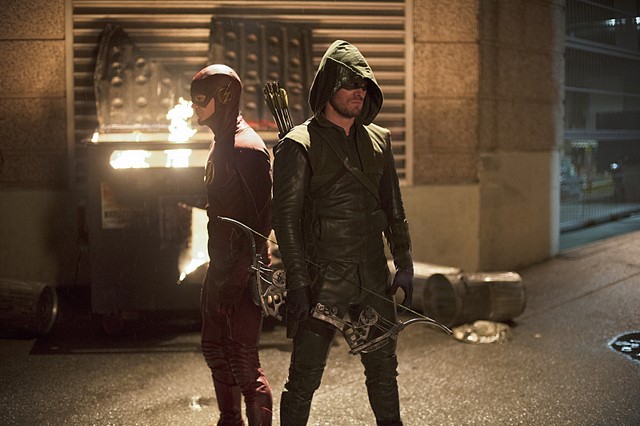 As much fun as it was to see Barry and Oliver fight each other, it was 10 times more fun to see them team up, along with Arsenal, to take on some bad guys.

9. Barry does the salmon ladder like only the Flash can 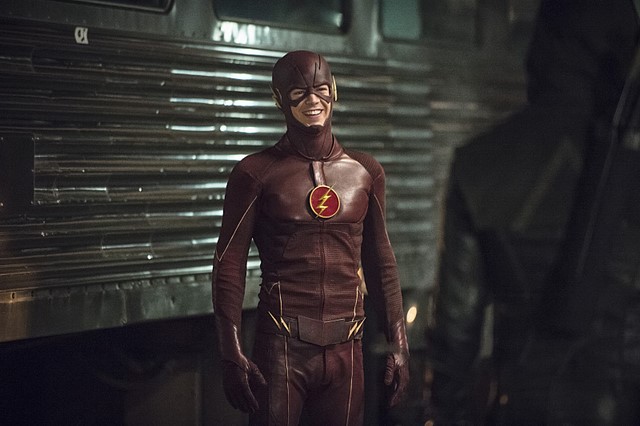 The fastest man alive plus the salmon ladder. Do we really need to say more?

10. Barry and his crew will learn some harsh lessons from Oliver 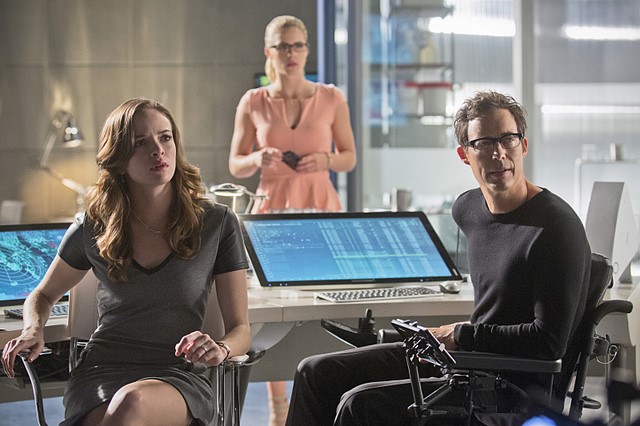 Barry and his gang have been having a grand-old time taking on villains and giving them cool nicknames. Once they work with Oliver and his crew, they will learn that saving the world isn’t just a game.

11. Oliver and his crew will learn to lighten up from Barry 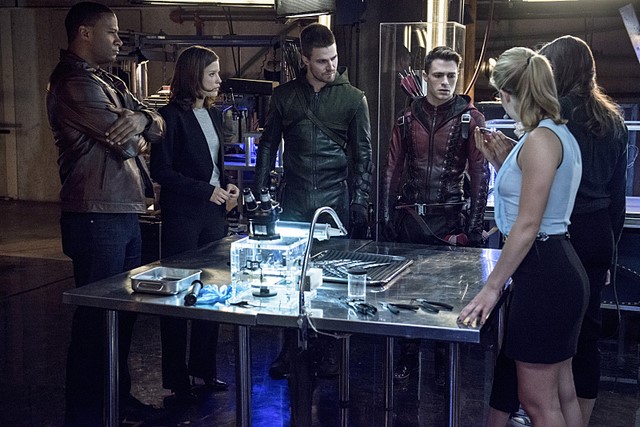 Just as Barry and his group will learn some serious lessons, Oliver and his crew will get the chance to see what it’s like on the other side. Don’t expect Oliver to burst into song any time soon, but you might just see a smile or two.

12. You will be biting your nails near the end of the second episode 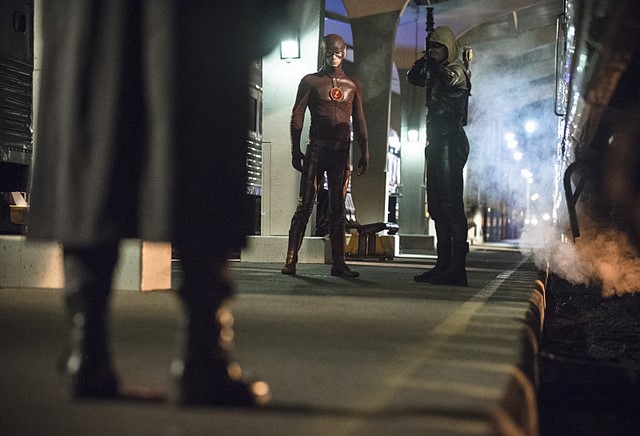 You’d think that having two superheroes on hand would make for quick work, but to the contrary, it makes the stakes much higher. Be prepared to chew your nails off, especially near the end of the second episode.

13. Dig will have a big surprise for everyone 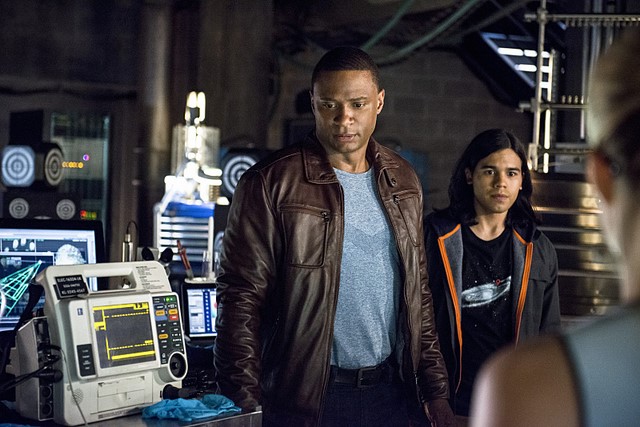 Dig goes through a lot in these two episodes and one event in particular will have him rethinking his priorities. When it’s all over, he will have a surprise for everyone.

14. The Flash and Arrow don’t just battle once, but twice 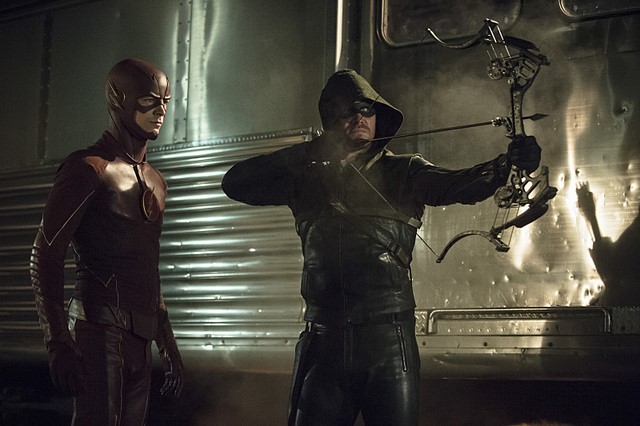 In addition to the epic battle that takes place in the first episode, there is also another one that happens at the very end of the second episode. Due to the unusual circumstances of the first fight, they will still be looking for the answer to which of them is stronger, but we’re not about to tell you how that battle ends.

The Flash‘s Grant Gustin: “I might never play a cooler character,” and here’s why

Be sure to catch the first part of the Arrow vs. the Flash crossover with a new episode of The Flash airing on Tuesday, Dec. 2 at 8/9c on the CW.