Roseanne Barr made what she thought was a pretty clever joke about her own face — but in reality, it was incredibly insensitive to certain alleged rape victims.

Cosby is under the microscope for sexual assault reports that go back decades, and over a dozen women have stepped forward, many with eerily similar stories: that Cosby offered them a drink or an aspirin, and next thing they knew they had been raped.

Barr decided to make light of the situation — and her own busted face — with a little joke.

Bill Cosby rape allegations: A timeline of his career downfall 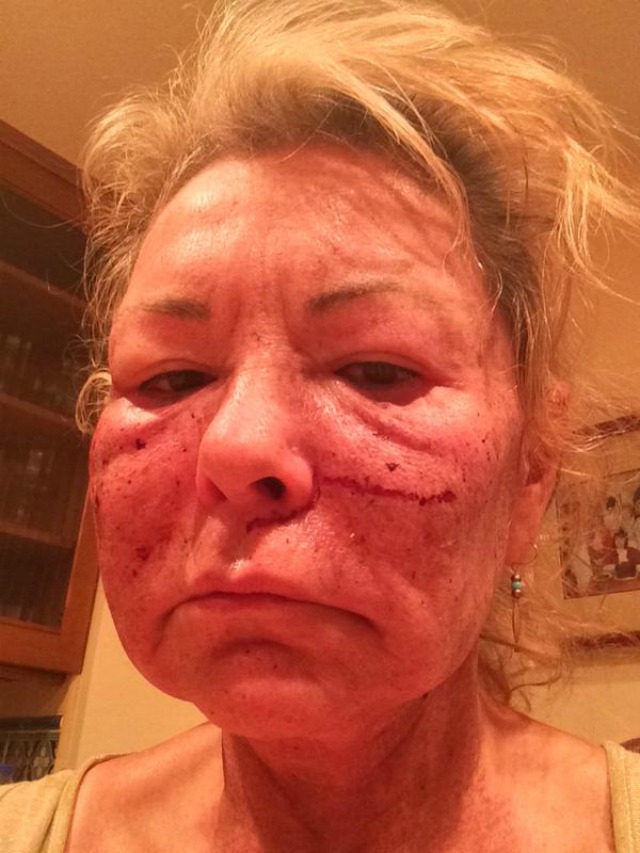 “Got in a tussle w bill cosby,” she tweeted. “U shoyld see that mfer.”

While we get what she was going for there, it is definitely insensitive to everyone involved. She must have realized that too, because the post was deleted and replaced with this:

Barr made her opinion on the allegations clear in an interview with the New York Daily News last week. “I don’t wanna get sued or have him [Cosby] send anyone to beat me up, but I think it’s obvious: 13 to one,” she said, adding that the situation “is the best and the worst thing. It’s horrible when you peel back the curtain and see what’s behind it, but it’s so great that people now have the capacity to actually look at the truth and see how it adds up.”