Hey, ’90s kids! We have the best news ever. A seriously spectacular Boy Meets World reunion is in the works and you won’t even have to wait long to see it. You can hold your horses until Christmas, right?

The Disney Channel announced today that a Boy Meets World reunion is finally happening in the not-so-distant future. Since Girl Meets World began airing earlier this summer, we’ve seen guest appearances from Minkus and Mr. Feeny. However, other than regular appearances from Cory and Topanga, the rest of the Boy Meets World gang has been AWOL. Now, though, we’re about to embark on one righteous reunion that not only brings in the original Mr. and Mrs. Matthews, but also finally features the return of everyone’s bad-boy best friend, Shawn.

Now would be a good time to go change your pants.

You should probably expect even more of Shawn Hunter: Check out the news

Here’s what we know

The more extensive reunion will all go down on the Girl Meets World Christmas episode, set to air during Disney Channel’s annual winter programming package, Fa-La-La-Lidays, which begins Nov. 28. The episode, “Girl Meets Home for the Holidays,” shows Cory and Topanga packing up their city kids, Riley and Auggie, and heading home. Home… to the house where Cory (and, to a certain extent, we) was (were) raised. There, the kids will spend time with the grandparents, Mr. and Mrs. Matthews. The best TV parents on earth will be backed up by their original actors, meaning plenty of face time with Betsy Randle and William Russ. 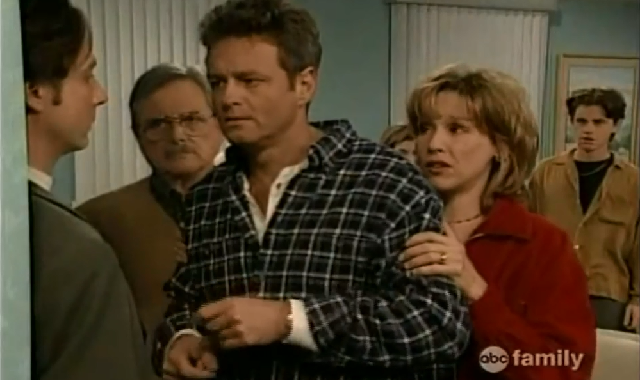 Moreover, when the younger set of Matthews returns home for the holidays, they also stumble upon another familiar face. None other than Shawn Hunter (Rider Strong) will find his way into the sights of Riley and her best friend, Maya, and will soon end up in cahoots with the two young girls. Will Shawn and Cory also find themselves in a bit of trouble, or at least caught in a quick game of basketball?

And, while we’re at that most comfy of homes, will more mention of that beloved neighbor, Mr. Feeny, occur? The one time he’s appeared in the episode, it seemed almost as a ghost. What happened to our favorite teacher-turned-principal-turn-professor? Hopefully the Dec. 5 Boy Meets World/Girl Meets World reunion episode will shine light on that subject.

Want more TV news and reviews? Sign up for our newsletter