It’s good to have someone to look up to for inspiration in your own ambitions, but it seems like Ariana Grande might be pushing the limits with how much she idolizes Mariah Carey.

The comparisons between Grande and Carey began to spring up after Grande first came on to the pop scene, and Grande really seems to be capitalizing on the parallels between herself and the iconic Carey.

Grande is not the first female artist to have the comparison drawn (Christina Aguilera was referred to as “Baby Mariah” when “Genie in a Bottle” came out in the early ’00s), but she is the first who has chosen to closely emulate Carey’s career. Take a look at these eerie similarities.

1. Her new Christmas song, “Santa Tell Me,” is pretty close in sound and theme to Carey’s 1994 holiday jingle, “All I Want For Christmas Is You.”

Grande has definitely shown recently that she is trying to gain Mariah status. Strange requests, dissing fans and alienating her life coach in a short amount of time make for a slippery slope. Carey has also been called a diva every once in a while, but she earned her standing!

Like Carey, Grande likes to work with popular hip-hop stars. On My Everything, Grande worked with everyone from Big Sean to Nicki Minaj. Seems like she might be biting off Carey’s style: The songstress herself worked with Ol’ Dirty Bastard, Busta Rhymes, P. Diddy and Jay Z, to name a few. 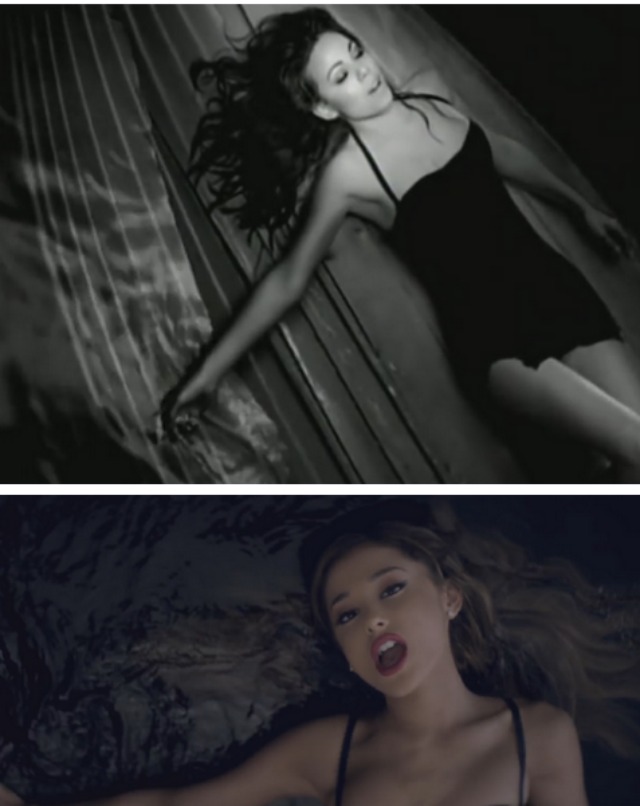 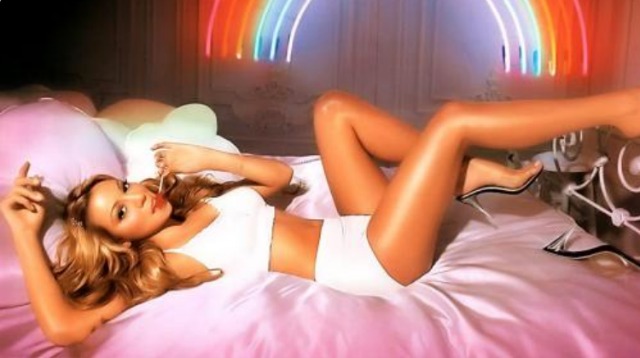 In Grande’s video for “Break Free” and Carey’s for “Honey,” both singers are Bond girl-esque.

11. The time she used a fan to avoid catching a bad angle