SheKnows dropped in to the press conference for a new animated film called Home, to be released in March of 2015. We were surprised how intensely emotional one of the film’s stars, Rihanna, felt about the movie. 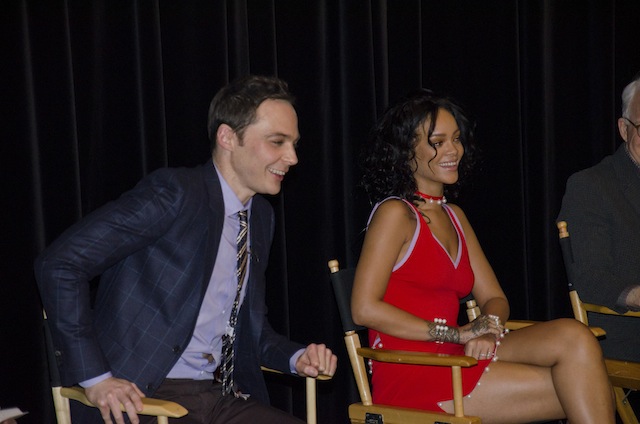 Based on Adam Rex’s novel The True Meaning of Smekday, the new animated film Home is about a nomadic alien race called Boov who have the ability to control gravity. The Boov want to help humanity but their misguided effort leads to all humans, which they call “native savages,” being exiled to Australia.

The Big Bang Theory‘s Jim Parsons lends his voice as the purple alien character called Oh who needs the help of a resourceful human girl called Tip, voiced by Rihanna. Together, the two become fugitives and work to bring peace between the alien species and the human race.

Who makes more: the cast of The Big Bang Theory or Modern Family?

During the press conference, Rihanna claimed she had to learn to speak “American” for the role and it was difficult because there “are so many types of American accents.” As a native of the island of Barbados, her natural accent sounds a like a mix of British and Jamaican, which would most likely sound strange to an American audience. We think she did a fantastic job.

The film deals with themes of intolerance and the importance of friendship. Jim Parsons said that while making the movie, he “thought a lot about being a gay person.” He seems truly excited that the message of the film is to support and love those different from oneself.

Rihanna has reasons to be very, very afraid of her stalker 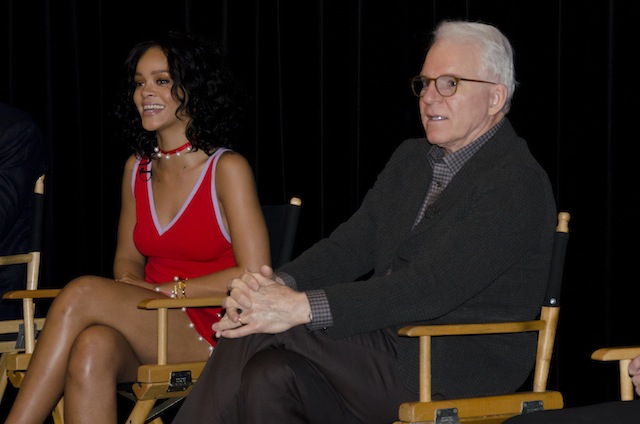 But the film also packs an emotional punch, according to Rihanna, something she wasn’t aware of until she watched the finished product. “There was a specific point in the movie that wrecked me. I felt like I wanted to kill everybody. I was bawling my eyes out. I’m literally crying at this stick figure the first time I watched it.”

Rihanna says she was also happy to contribute music to the film because “music dictates the emotion.”

The Little Mermaid turns 25: A look at Ariel’s poor choices