Something seems a little off about Taylor Lianne Chandler.

By now, we all know that Chandler, the woman who claims to be dating Olympic swimmer, Michael Phelps, announced publicly on Facebook that she was born intersex, meaning she had both male and female reproductive organs.

What was unclear, however, is whether she told Phelps about her personal secret before her public announcement. It seems like something her significant other would want to know before the rest of the world becomes aware, so let’s just say that fact raised some red flags.

And, upon closer inspection, Chandler’s Facebook page is full of other red flags. It’s plastered with photos of Phelps — but no photos of the supposed couple together — and it looks like Chandler reposts every article she can find about her and Phelps. The page is full of posts that make us wonder about the relationship — is it real, or is Chandler using Phelps to garner her own 15 minutes of fame?

First, the cover photo. It’s an Instagram-style collage of photos of both Chandler and Phelps. It features no photos of the two of them together and all the photos of Phelps are stock and media images. 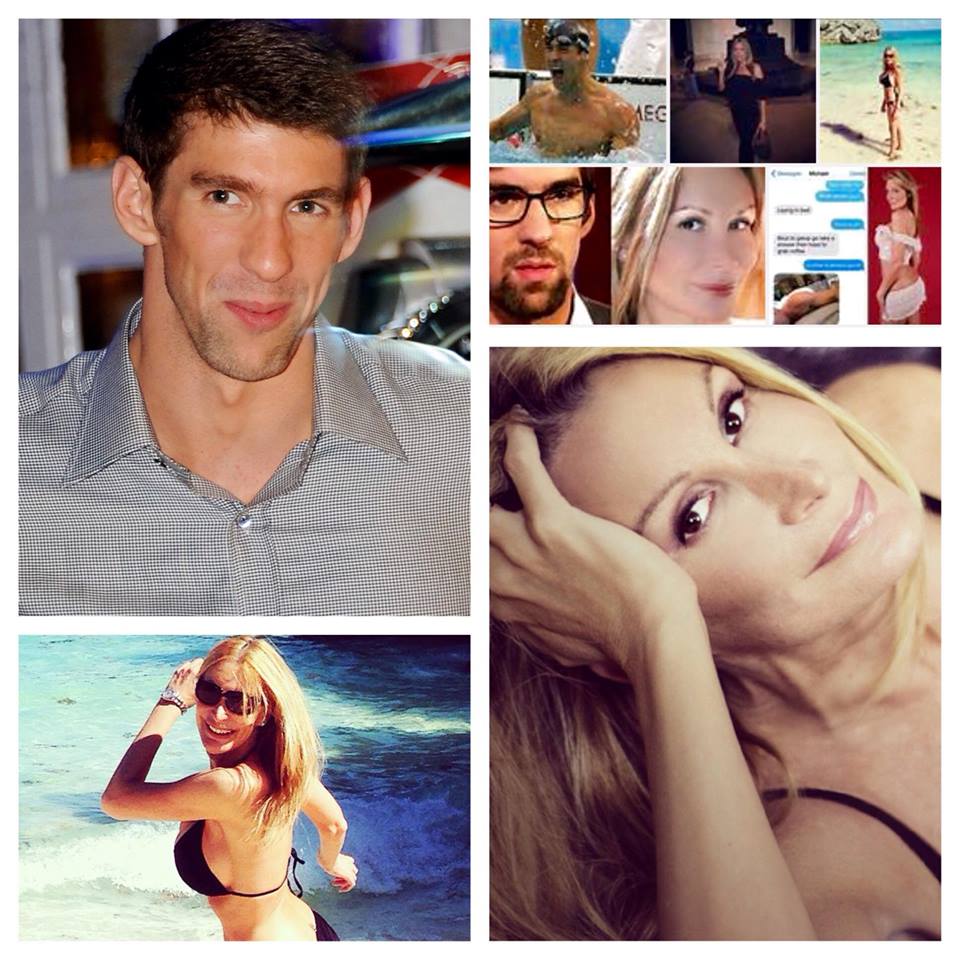 Then, there’s her “about” section. There’s no personal information about Chandler like you would see on most Facebook pages. It simply reads, “Taylor Lianne Chandler’s life changed on September 30 when her relationship with Michael Phelps, was made public,” followed by a phone number for Chandler’s publicist.

A number of posts seem off, as well, like a photo of a quote that reads, “Michael Phelps didn’t see what made me different. He saw what made me whole,” hashtagged #taylorliannechandler.

Another post reads, “One man saw me for the first time in my life not for being different, but for being whole. If you can’t understand that, don’t want to believe me or think my relationship isn’t real, you can go f*** yourself! I am Taylor Lianne Chandler, I will forget the things you say about me, but you will remember me forever!”

Yet another post thanks TMZ for an article and for “creating so many new opportunities for me,” which really looks like Chandler is using being linked to Phelps for her own advancement.

At the very least, Chandler seems to be vastly overestimating her own fame and pretty convinced that dating an Olympian has made her a huge celebrity. But there’s also a scary vibe to her page — she seems obsessed with Phelps, who has not been seen in public with her or commented on their supposed relationship.

What do you think? Are they totally dating or totally not? Tell us what you think in the comments.