The trailer for the upcoming live-action version of Cinderella is full of drama and gorgeousness — and we can’t possibly picture a more perfect princess.

Director Sir Kenneth Branagh cast Downton Abbey‘s bad girl Lily James as the beleaguered beauty, and he told E! News he was looking for someone who would take the sickly sweetness out of the role and inject it with some real humanity.

“This Cinderella, she’s not empowered in the sense of being adversarial or self-pitying or victimized. She makes her own choices, and she doesn’t indulge in her own pain or have any regard for her own hardships,” Branagh said. “She’s generous of spirit, and we needed that in the actress. Lily has great generosity of spirit, which really you can’t fake. I think the audience will intuit that. She is good company. She’s un-showy, yet she’s charismatic. And she wants to enjoy herself! She takes the blows in the movie. There’s loss — the loss of loved ones. There’s the cruelty and ignorance of other people. She knows love can be fleeting and so she’s determined to enjoy it. Underneath all of that comes this sense of fun and this sense of humor. I think she’s fun and funny.”

Of course, Cinderella needs her foe in the form of her wicked stepmother, and Cate Blanchett fills the role with chilling realism.

“She’s such a top talent that you can’t help but have layers of contextual subtlety,” Branagh said of Blanchett. “We didn’t want the film to be pantomimic. I think people want that cruelty to come through. They want Cinderella to have a really formidable adversary. But without any kind of appealed sympathy, you get a sense in Cate’s performance of a real background, a real history that she brings with her arrival into Cinderella’s household. She’s not cruel for cruelty’s sake, but my God, when she imposes her will, she’s terrifying.”

Helena Bonham Carter plays the fairy godmother with magical perfection and Richard Madden from Game of Thrones will hypnotize you with his ice blue eyes as the besotted Prince Charming. See for yourself!

Watch the new trailer for Cinderella

Speaking of Helena Bonham Carter, this is the most remotely normal we’ve seen her looking in a movie in years. We’re digging it! 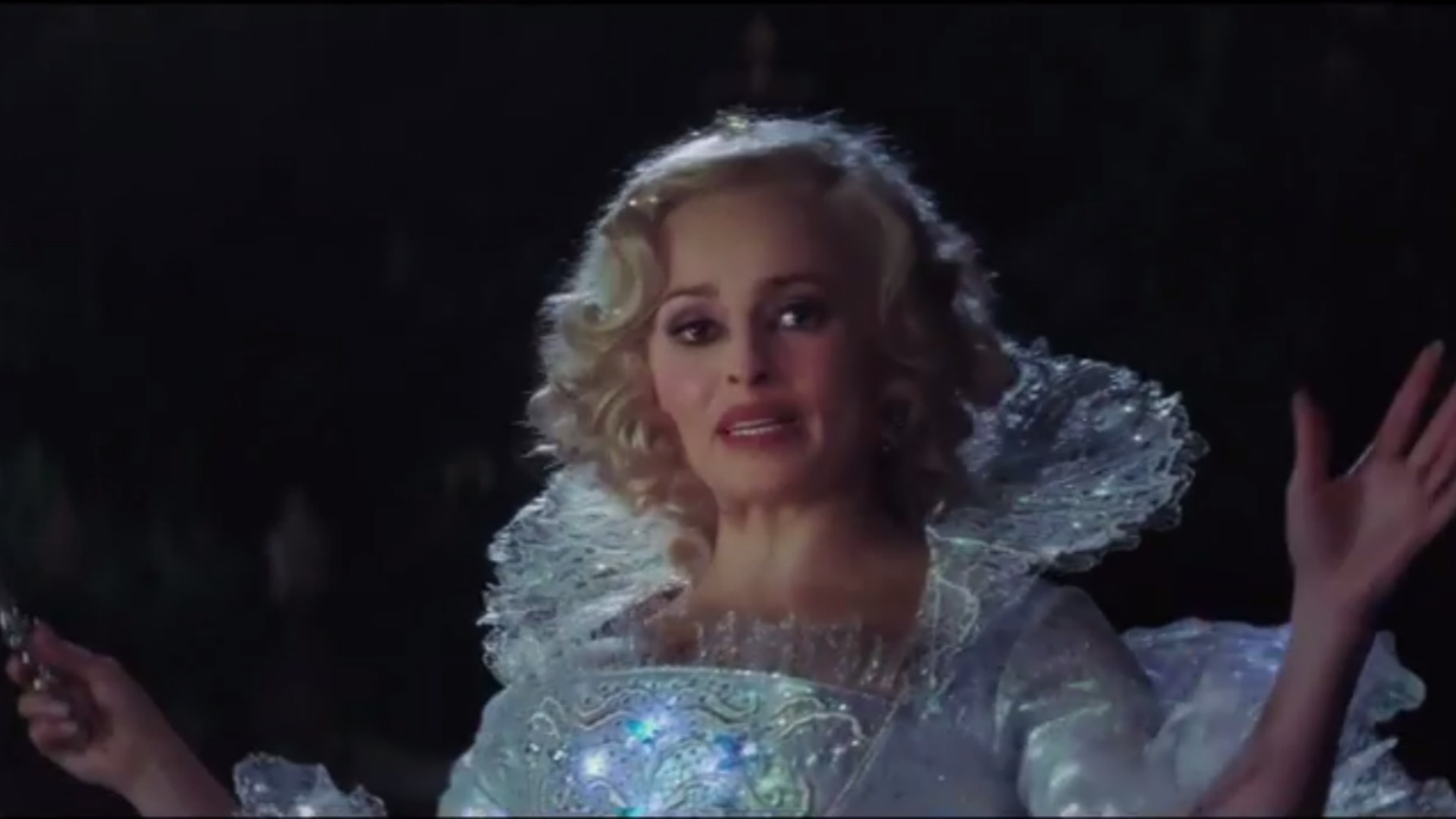