We love The Hunger Games every bit as much as the next superfan, but these recent news stories have us wondering if we’re headed toward a dystopian future similar to the one lived by Katniss and all her kin.

District 12 is one of Panem’s poorest, but it’s not the only district where children go hungry. Katniss and Peeta, as the movie’s protagonists, are very sensitive to the imbalances they witness while on their Victory Tour, whereas citizens in the Capitol seem oblivious to the fact that people are starving and suffering in other districts. 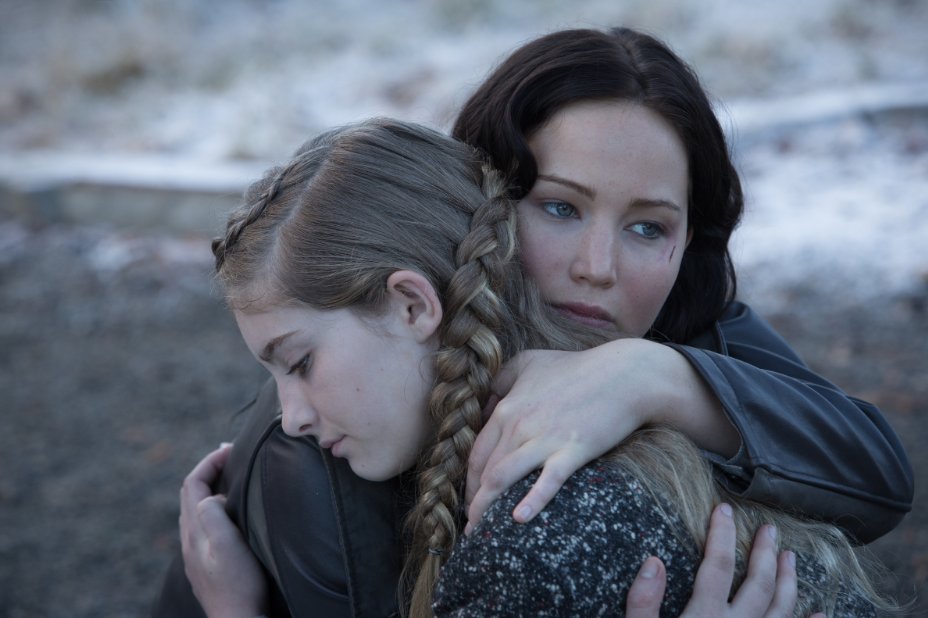 The sad truth is an unbearable number of children are starving all over the world, and a considerable number of disadvantaged children are right here in the United States. According to a report by the National Center on Family Homelessness, nearly 2.5 million American children were homeless at some point in 2013. That’s one in 30 children!

A planet in jeopardy 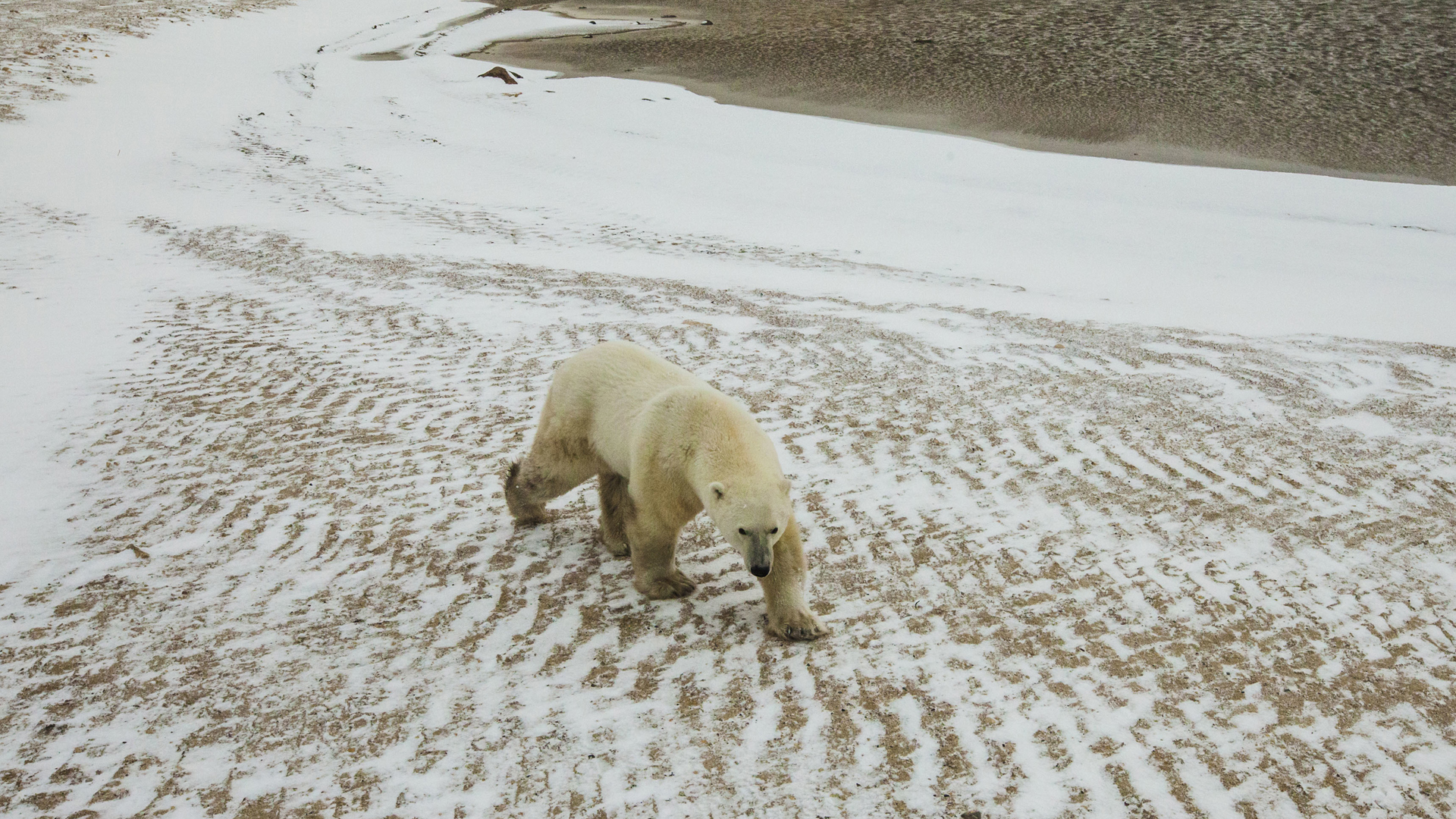 It may not get a lot of focus in the movie, but in the book, the Games come about as the result of warring that happened after a loss of natural resources due to global warming. In Book 1, when Katniss narrates the reaping, she tells us that the mayor of District 12:

“…tells the history of Panem, the country that rose up out of the ashes of a place that was once called North America. He lists the disasters, the droughts, the storms, the fires, the encroaching seas that swallowed up so much of the land, the brutal war for what little sustenance remained. The result was Panem, a shining Capitol ringed by thirteen districts, which brought peace and prosperity to its citizens.”

While we’re not seeing mass food shortages in the States yet, we are seeing higher prices for certain items at the grocery store, and we could see some of our favorite items disappearing from our grocery shelves completely. For instance, drought-stricken California grows 95 percent of America’s avocados, but some farmers are letting their farms go dry due to exorbitant water prices. The Golden State is also seeing lower numbers of salmon because of the drought.

Don’t care about salmon or avocados? What about chocolate? Yep, chocolate is on the endangered list, too.

Katniss’ district is responsible for all of the coal mining in Panem. The workers toil in underequipped mine shafts that occasionally blow up, trapping and even sometimes killing everyone inside. But that couldn’t happen in the States, right?

NPR just ran an in-depth news report on the insane lack of regulations on coal mines in the States. Turns out, a total of 2,700 mining company owners have failed to pay nearly $70 million in delinquent penalties over the past 20 years.

These mining companies get fined for safety violations, but there aren’t enforcements in place to make them actually pay the fines, much less fix the violations. So the millionaires and billionaires operating the mines can continue to reap profits off the backs of their underpaid employees. And we mean literal backs — one of the miners NPR interviewed spent two hours pinned under a slab of rock, hitting the panic button on his radio between blackouts, before someone finally came to rescue him.

Bread and circuses are Hollywood’s bread and butter

Am I the only one who thinks the The Hunger Games‘ rabid press tours look a little too much like the rabid press tours that are roundly criticized in the movie? The entire franchise centers around Panem’s obsession with riches, fame and artifice, the whole doing it’s best to point out just how frivolous and destructive such grotesque displays of grandiosity are, and yet The Hunger Games is still a movie. It still needs to be promoted, to be premiered, to sell tickets! Which puts it the film in the super awkward position of needing to engage in its own promotional frenzy, contradicting the very themes the movies are built on.

Jennifer Lawrence is like Jesus Christ, according to one of her costars

Some of the headlines we can’t wait to click on out here in the real world could be pulled directly from the Capitol’s news. Can’t you hear Caesar Flickerman inviting you to check out Jennifer Lawrence‘s new dress or learn Elizabeth Banks‘ makeup tricks? That’s because Hollywood is a circus… and, just like the Capitol circus in the film, Hollywood distracts us from the fact that:

The rich keep getting richer 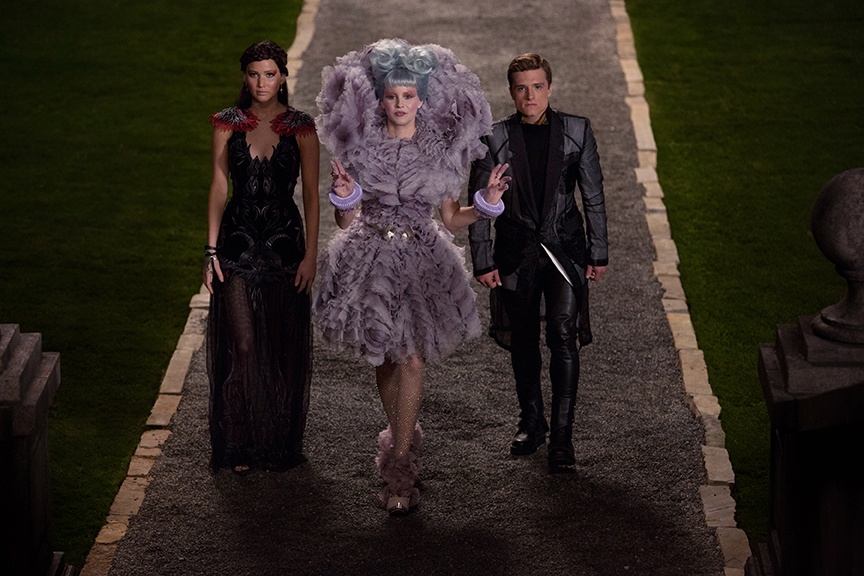 NPR recently reported that, according to a new study published by Oxfam, just 1 percent of the world’s population controls nearly half of the planet’s wealth.

And if that statistic doesn’t make you want to punch a banker, these stats will:

So, although we may not see wealthy Americans wearing white pancake makeup with hand-cut paper butterfly eyelashes on their lids walking around in head-to-toe purple roses and professionally coiffed blue wigs, we’re not really that far off.

OK, so other than the occasional celebrity rock star, we don’t see a lot of our one-percenters brandishing their wealth by wearing The Hunger Games fashion. We just see them buying million-dollar mansions, private jets and wearing watches that cost more than most people’s homes.

At least they aren’t rounding up our children and making them kill one another for entertainment… yet.

The exploitation of children 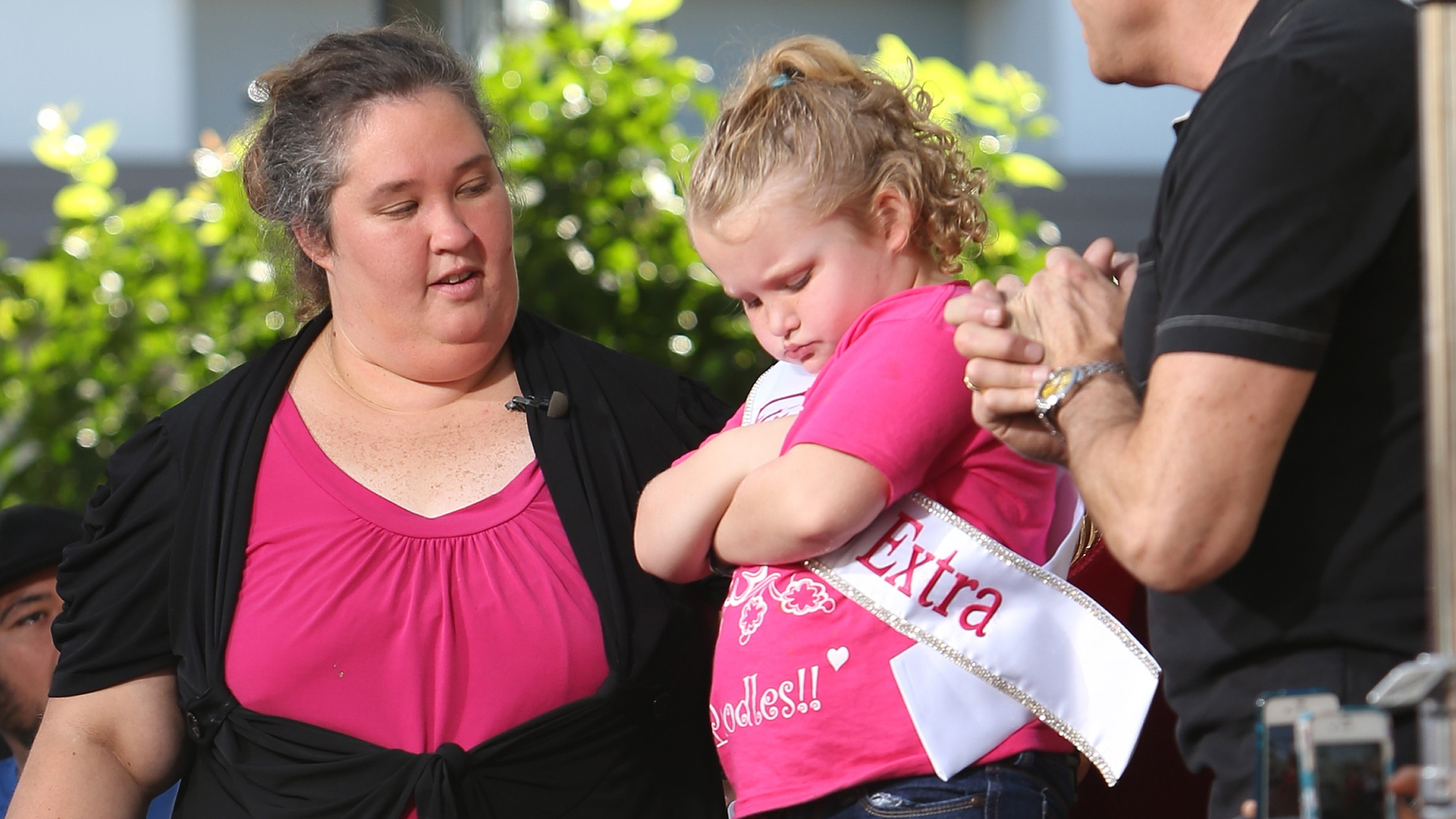 The The Hunger Games are the ultimate reality TV experience, and you know there are scary people out here in the real world who kind of wish the film’s murder games were real. We don’t want to know those people.

But we can’t ignore the fact that a great many of us find a lot of pleasure in reality TV. From The Real Housewives series to Duck Dynasty and everything in between, audiences never seem to get tired of watching “real” people on their TVs. And for the most part, reality TV can be chalked up as harmless fun or a guilty pleasure. But as recent news about Here Comes Honey Boo Boo demonstrates, our “harmless” entertainment can come at a big cost when it involves children. 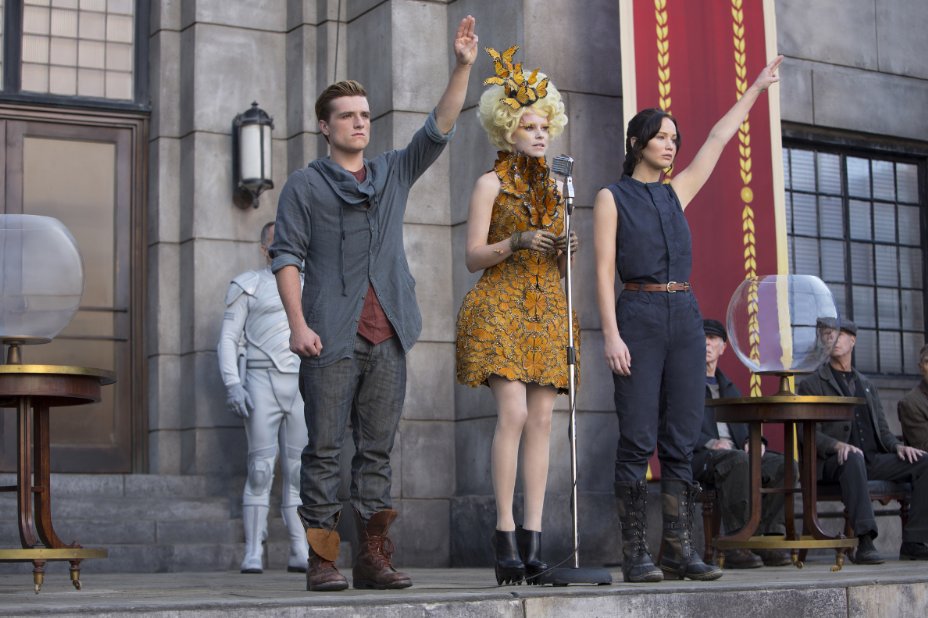 When Suzanne Collins invented the film’s by-now-distinctive three-finger salute as a sign of admiration from District 12 citizens, I bet she had no idea it would one day become a cause for arrest in Thailand. But that is exactly what happened earlier this year when Thai protesters began using the symbolic gesture as a sign of protest.

Obviously, the film’s themes of class oppression and totalitarian rule struck a nerve with the people of Thailand. As Brad Adams, director of Human Rights Watch’s Asia division, told Time, the The Hunger Games salute is “a symbolic act of peaceful defiance.”

And yet, most fans here in America seem to skim over the film’s message, seeing the movie’s extravagant sets, costumes and fight sequences as pure entertainment instead… panem et circenses, indeed.