What’s it like being Anne Rice’s son? Was the family mansion in New Orleans shrouded in darkness? Did spiders roam the dinner table? Was blood a common replacement for wine? Um, no.

“I think most people are disarmed with how sunny her disposition can be,” said Anne’s son, Christopher Rice, best-selling author and one of People‘s Sexiest Men Alive.

He continued, “We do come from a long tradition of Irish Catholic story tellers who will find a way when they’re seated around the dinner table to blame every relative for their own death. ‘If Uncle Johnny hadn’t gone for that walk, he wouldn’t have slipped and fallen on that hambone and died.'”

He calls it “a dark story telling tradition,” and Christopher is definitely following in the family footsteps with the recent release of his thriller novel, The Vines, which takes place, of course, outside New Orleans on an old plantation where the plants just happen to, you know, kill people.

4 Classic horror stories that will keep you awake at night

Growing up, both his parents were writers: his mom, Anne, the well-known creator of The Vampire Chronicles, and his father, Stan, a poet. He says he didn’t realize until much later how blessed he was to have two artists in the house. He said, “You meet so many people who grew up in an atmosphere where the idea of being a writer for a career was dismissed or treated as if it were a potential hobby, not a potential livelihood.”

On his first novel 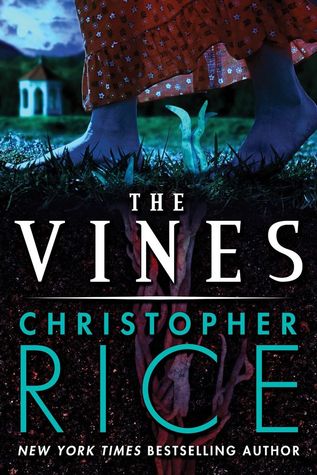 His first novel, A Density of Souls, was published when Christopher was only 22. There was some razzing, of course: critics who claimed he only got published because he was Anne Rice’s kid, that he wasn’t talented enough, blah, blah. The book went on to become a best seller and developed a surprising following, due in part to featuring a gay protagonist in a thriller, which had rarely been done before.

“I’m always trying to tell a story that can reach the broadest audience possible with a gay character in it, but I want the character there as part of a tapestry, a fabric,” Christopher said. “I was never going to write a social chronicle about gay men living in the big city looking for love. Looking for love, by itself, isn’t an interesting enough topic for me.”

He often uses gay characters in his work since Christopher is a gay male and he likes having someone to identify with. Even as a kid, he transferred his homosexuality onto characters in books by Stephen King and John Irving.

Is Anne Rice’s Vampire Chronicles coming to the big screen?

Used to writing thrillers and horror, Christopher only recently added “erotica” to his genre list, due to his friendship with Liz Berry, of ThrillerFest, and fellow author, M.J. Rose. The ladies began a novella series entitled 1001 Dark Nights: a monthly installment of erotica written by best-selling authors. They asked Christopher to be “the scary guy” to add some sexy horror to their collection.

Although he wasn’t really interested in romance at first, Liz soon informed him of the many new genres on the market, one of which, “ménage,” caught his attention. Liz explained this included a woman and two men. Christopher’s question: “Are the men sometimes with each other?” His friend said yes, and he was in: The Flame was born, a supernatural story of love (and sex) between a married couple and their best gay friend.

“Mommy, what does it mean to be gay?” Talking to kids about homosexuality

In his younger days in New Orleans (he now lives in West Hollywood), Christopher often came upon the manuscripts of his mother’s gay friends. In other words, he was no stranger to erotica, but he still asked for women’s opinions to make sure he got the wording right. He said, “Good sex scenes are about character. They aren’t about body parts or heaving bosoms. It’s about who is this having the sex? How is it affecting them emotionally?”

On sexuality in America

In The Flame, sexuality is very fluid between the three friends who become lovers. Is that how sexuality is for everyone? Christopher said, “We are on the verge of exploring that question for the first time in a mainstream way. With greater acceptance of gay rights and gay marriage, some straight people are questioning their own sexuality. Some of them are having a very violent, very homophobic reaction; some of them are not. I’m fascinated by what I’m hearing through my friends who have younger kids. I had a writer friend say she was asking her daughter politely whether one of her classmates was a lesbian and the daughter turned to her and said, ‘Mom, sexuality is fluid.’ I can’t imagine when I was in high school anyone saying that.”

Already, at only 36, Christopher Rice has produced several best sellers and been a Bram Stoker Award finalist. He is a sexy dude who uses scary fiction to spread informed knowledge of American gay culture. The man is having an effect and he owes much to his mother, who has always inspired him.

When asked his favorite thing about Anne, Christopher said, “Her passion. And her conviction. She’s just not gonna give up. You can say just about anything negative or critical about her and she’s not gonna stop. That’s ultimately what every serious writer needs. You have to wade through it. People say all kinds of stuff and you have to learn what to ignore.”

And just for you, an excerpt from The Flame:

“By the time she’s rolled over onto her back, by the time Shane is on top of her, sliding her soaked, tangled panties down her thighs, his mouth gasping against her neck as he slides into her for the second time in twenty-four hours, she feels separated from the business of her extremities by the delicious, throbbing pleasure in her core. And then she hears a second condom wrapper being torn open…”