Since becoming a reality TV star by way of Teen Mom 2, Jenelle Evans hasn’t exactly stayed on the straight and narrow. But, as of late, the famously troubled 22-year-old has been trying to clean up her act.

The now-mother-of-two still does her fair share of trash talking, sure, but she also spends a seemingly equal amount of time gushing over her young sons, 5-year-old Jace and 5-month-old Kaiser.

This week, though, Evans is copping major flack, not for her standard bad girl behavior, but for what many moms perceive as a poor — and potentially dangerous, even — parenting choice.

You see, three days ago, Evans posted videos of Jace playing with a toy gun.

At the time, Evans probably didn’t give the videos a second thought. She likely thought they were completely innocuous — lots of kids play with toy guns, right?

But therein lies the rub. Lots of kids do play with toy guns.

And lots of kids also die every year from unintentional firearm-related wounds — a fact not lost on the mothers who took to Evans’ social media accounts to caution her about the perceived link between children who play with toy guns and those who harm themselves or others with one later (accidentally or otherwise).

Now, is that to say that little boys should be forever banned from playing with toy guns? I suppose that’s a totally subjective question.

Most people agree that lots of children — both boys and girls — play with toy guns and no harm ever comes of it. They’re kids with toys, just having fun playing make believe.

But as Instagram user, @Kaatie_grace, pointed out, “The average person isn’t going to be a murderer because they played with a toy gun. But it only takes one time to have a terrible accident. Dad leaves his gun unlocked and kids play with it. Just last week a toddler shot a 3 year old. Guns need to be respected. I personally wouldn’t want my kid pretending to kill me.”

Truthfully, I’m with her. My son will turn 2 years old this month and I’m certainly not crazy about the idea of him pretending to take me down in a spray of bullets… even if they are made out of foam.

I admit my son does have a toy gun, though.

It’s yellow and squishy and looks comically more like a broken banana than a firearm. I think it came as a part of some toy set we bought, and it’s an afterthought in our household — a relic buried in the toy box beneath the stuffed dinosaurs and Superman lunch box.

But just because guns don’t jive in my household, doesn’t mean other families find fault with them the way I do (believe me, I live in the South… I’m acutely aware other people disagree with my gun views).

The argument some moms are making in Evans’ defense is that children who are raised around guns grow up with a respect for weapons and a knowledge of safety practices, both of which minimize the risk of accidents.

And the biggest defense her fans are arguing is that he’s playing with a toy. A toy, for goodness sake.

Here’s my issue with that.

I don’t think Jenelle should be publicly lambasted for being a bad mom. In fact, I think she was actually trying to be a good mom by engaging her son in what she perceived to be innocent play. She was spending time with him and encouraging his imagination — there’s inherent good in that.

My biggest argument isn’t with Evans. It’s with the toy companies manufacturing these faux weapons of mass production.

I did a little digging and I found a similar model toy gun to the one Jace is playing with. For only $18.99, one can buy the Buzz Bee Ranger Master for the little sharpshooter in their life. 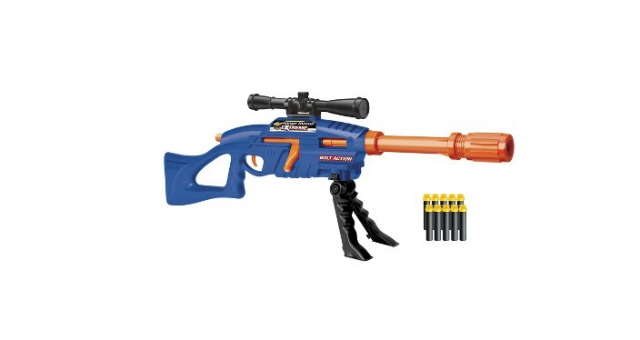 Is this toy being marketed as a vehicle for innocent imaginations? Is it truly free of any violent implications? Let’s see.

The product description touts, “With a blast range up to 60 feet, a sight scope, and an extended barrel, no friend is considered safe. Set up in a secret spot with the bi-pod and practice your sniper skills. Get the life-like bolt action loading experience for each of the included 10 foam darts.”

No friend is considered safe? Practice your sniper skills? Get the life-like bolt action loading experience?

It seems to me that the manufacturers and distributors (ahem, Target) are capitalizing on the seeming allure and excitement of gun culture — and, what’s worse, they’re aiming at impressionable young minds and hitting their mark, too.

For the record, there are plenty of fun toys out there that aren’t modeled after high-powered assault weapons.

Should Evans have opted for one of those for Jace over this particular toy gun? In my opinion, yes.

But I’m not Jace’s mommy and my opinion isn’t the one that matters. It’s up to Evans to decide what the right choices for her children are.

I just wish irresponsible toy companies weren’t packaging up their version of right in primary colors, slapping a bow on the box and dangling it in front of excitable little boys — or the moms who just want to make those little boys happy. 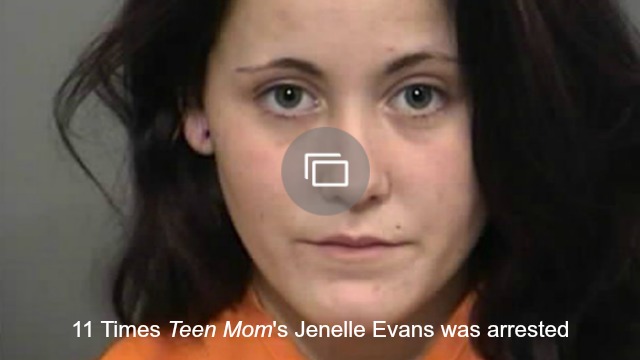