Hunky Benedict Cumberbatch sexes it down to play the English logician Alan Turing in the new biopic, The Imitation Game, opposite Keira Knightley. 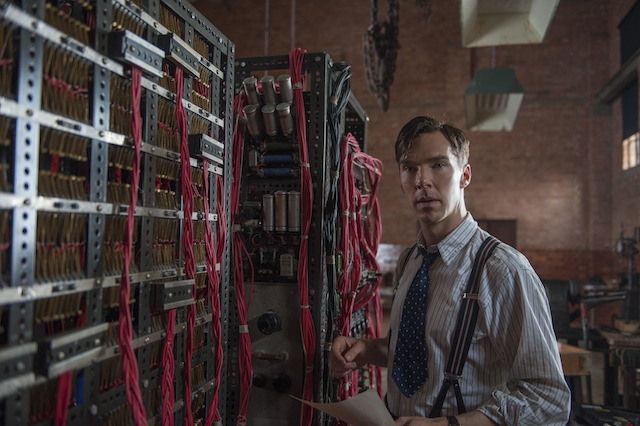 History has proven it can be cruel, even to its heroes. Such was the case for Alan Turing, the man who led the team responsible for cracking the German Enigma code during World War II. Turing was a brilliant thinker, saved countless lives and invented one of the world’s first supercomputers. So, why did his life end so tragically? He was gay in a time and country when it wasn’t considered OK. In fact, England made it punishable by jail time.

SK Confessional: I’m obsessed with Benedict Cumberbatch, and here’s why

In the film, Turing (Benedict Cumberbatch) joins the British war effort, desperate to figure out how to crack the Nazi secret code that delivered encrypted messages about the movements of Nazi troops. Turing put together a group of “puzzle solvers” that included one woman, Joan Clarke (Keira Knightley), at the now-famous Hut 8 in Bletchley Park. 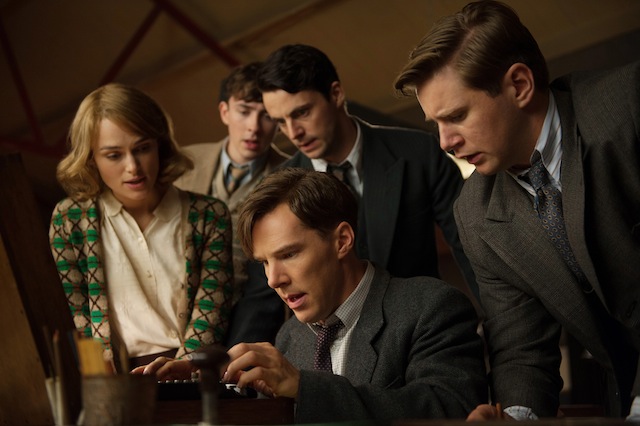 Cumberbatch plays Turing as a complicated man who is somewhere on the autistic spectrum and is unable to interpret simple metaphors other people use in their everyday speech.

Turing doesn’t play well with the other male researchers, who don’t understand his devotion to building a £100,000 machine he’s named “Christopher.” But Turing develops a fondness for Clarke because, like him, she’s an outsider at Bletchley Park.

At one point, Turing proposes marriage to Clarke. She accepts, though she’s a bit baffled by his lack of interest in her physically. Soon, however, Turing shares his secret and tells her he’s a homosexual.

Keira Knightley only allows herself to live on $50k a year

The most brilliant part of the film comes at this very moment. Knightley’s performance is so powerful, you believe her when she says she wants to marry Turing despite his lack for sexual desire for her. For a modern audience, it’s hard to comprehend a woman knowingly marrying a gay man, but Knightley plays Clarke with so much love, so much admiration and so much respect for Turing, she manages to convince us that she should absolutely marry him; that they are two peas in a very unusual pod, and they belong together.

Life changes drastically for both Turing and Clarke when the war comes to an end. They are unable to speak to anyone about their work breaking the Enigma code, and their military records no longer exist. The most they can tell people is that they worked in a radio factory.

Turing eventually ended their engagement, deciding he couldn’t go through with it, and both go on to live separate lives. But when Turing is caught by police in a homosexual liaison, he faces jail time. His only chance to stay out of prison is to undergo hormonal therapy called chemical castration. He chooses the estrogen injections and becomes physically and mentally unstable. He was just 41 when he died.

In 2013, Britain’s Queen Elizabeth II gave Turing a Royal Pardon after a long campaign supported by many scientists, including Stephen Hawking.