“Hey, listen… my dad wants to meet you,” Kendra tells Hank. And with that, Week 7 of Kendra on Top is off to a running start.

Lest you forget, last week ended with Kendra in Costa Rica visiting her dad. Although the two just reconnected after 20 years, they genuinely seem to be hitting it off.

Kendra on Top: Hank finally opens up — is it enough?

After filling her father in on Hank’s itinerary, he tells her they are going out to dinner at one of the nicest restaurants in town. Seems sweet, right?

Well, yes and no.

Waiting for them at the restaurant are several of Eric’s friends. While Kendra seems to enjoy herself, the whole thing seems a bit simulated.

Hank is in the house 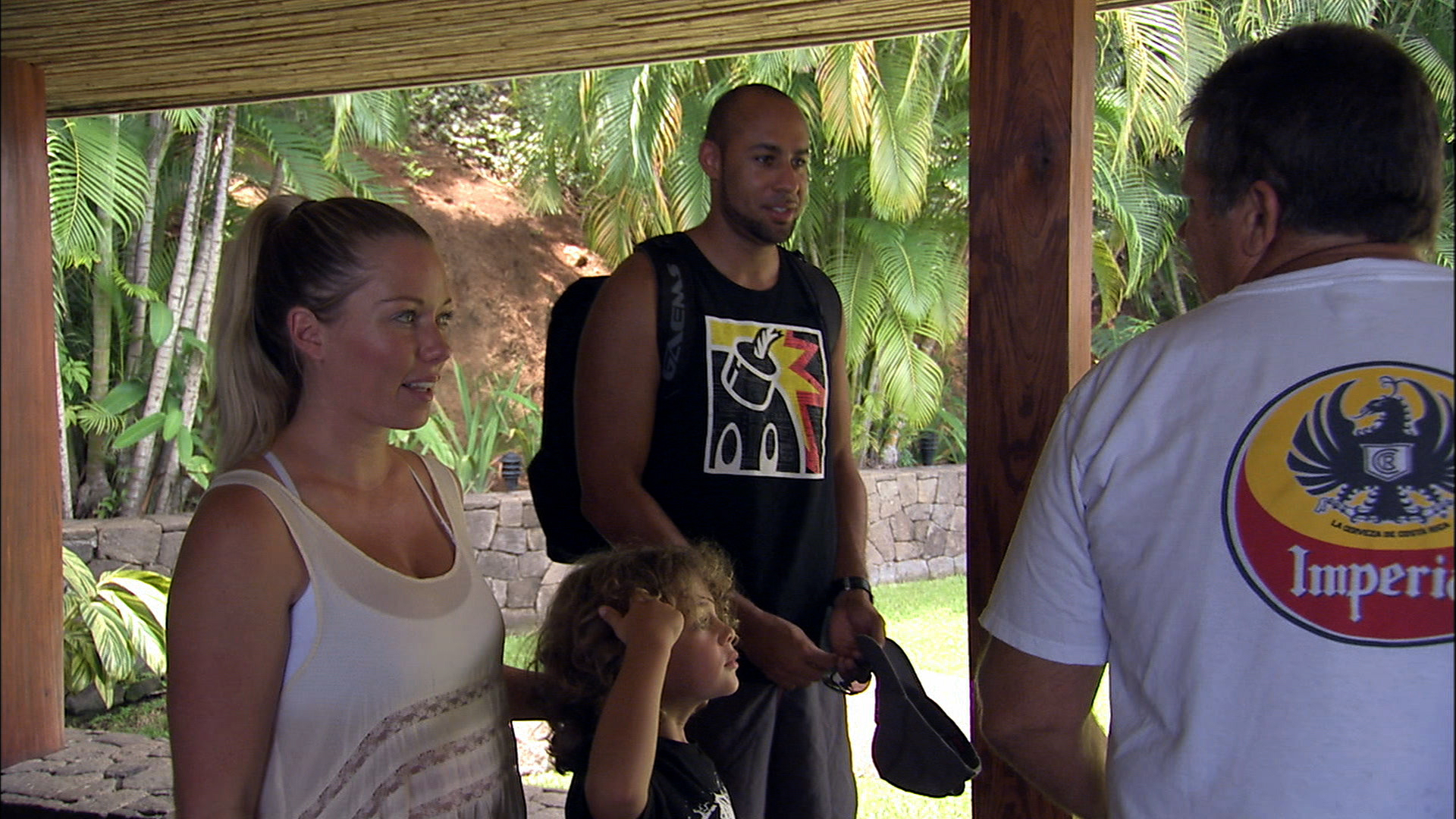 Still, Kendra apparently enjoyed it, particularly hearing an anecdote from one of Eric’s friends about how Eric had decided his grandchildren would call him “Grand-dude.” OK, that is pretty adorable.

The next morning, though, Hank arrives, and the couple picks up their pained rapport as of late. And Kendra tells Little Hank — who flew out with Big Hank — that she wants him to meet his granddad.

While I understand how happy Kendra is to have reconnected with her dad, this seems like a lot to throw at a little boy who is still just trying to figure out what is going on with his parents.

SheKnows Parenting Expert Vera Sweeney agrees it may be overload for Little Hank.

“It’s just so confusing, isn’t it? I’m not sure what message Kendra is trying to throw out to her son,” Sweeney says. “I actually don’t think she knows what she wants herself. I think she is struggling with figuring out what she wants on her own, and it’s hard for her to come to a finite conclusion.”

When it comes to her husband, Kendra should decide for sure whether she wants to move forward or not, the expert asserts.

“If she does, then she just needs to move forward with it and let everything in the past go. Otherwise, all these mixed messages of the perfect vacation and then two days later a blow out fight and separation will put Little Hank over the edge. It’s just too much for a child to process. It’s actually too much for an adult to process!” Sweeney says.

Kendra on Top: Did Hugh Hefner really give Kendra the best advice?

A day at the beach

The little patchwork family then decides to head to the beach so Eric (aka Grand-dude) can teach Little Hank to surf. Kendra, her newly reconciled dad, her estranged husband and her cute kid seem to be enjoying an idyllic day at the beach — a fact that isn’t lost on Kendra.

As their day at the beach draws to a close, Eric asks Hank what happened.

Hank then shares an interesting tidbit. “Sometimes you try to say what’s on your mind, but you’re too worried about the words coming out the wrong way,” he said, “and if they come out the wrong way then, it’s worse than if you don’t say anything at all.”

Is this a cop-out? Another stalling tactic? Or does he legitimately have a point?

“In a way, I appreciate Hank’s honesty and vulnerability,” says SheKnows Dating and Relationship Expert Andrea Syrtash. “He’s right — it’s not comfortable to tell his wife’s father about their current situation and what he’s been accused of doing.”

But — and it’s a big one — that doesn’t mean Hank is off the hook, either.

“By the same token, Hank has potentially put his family in an uncomfortable position, so he should take more ownership and get used to having uncomfortable conversations,” Syrtash adds. 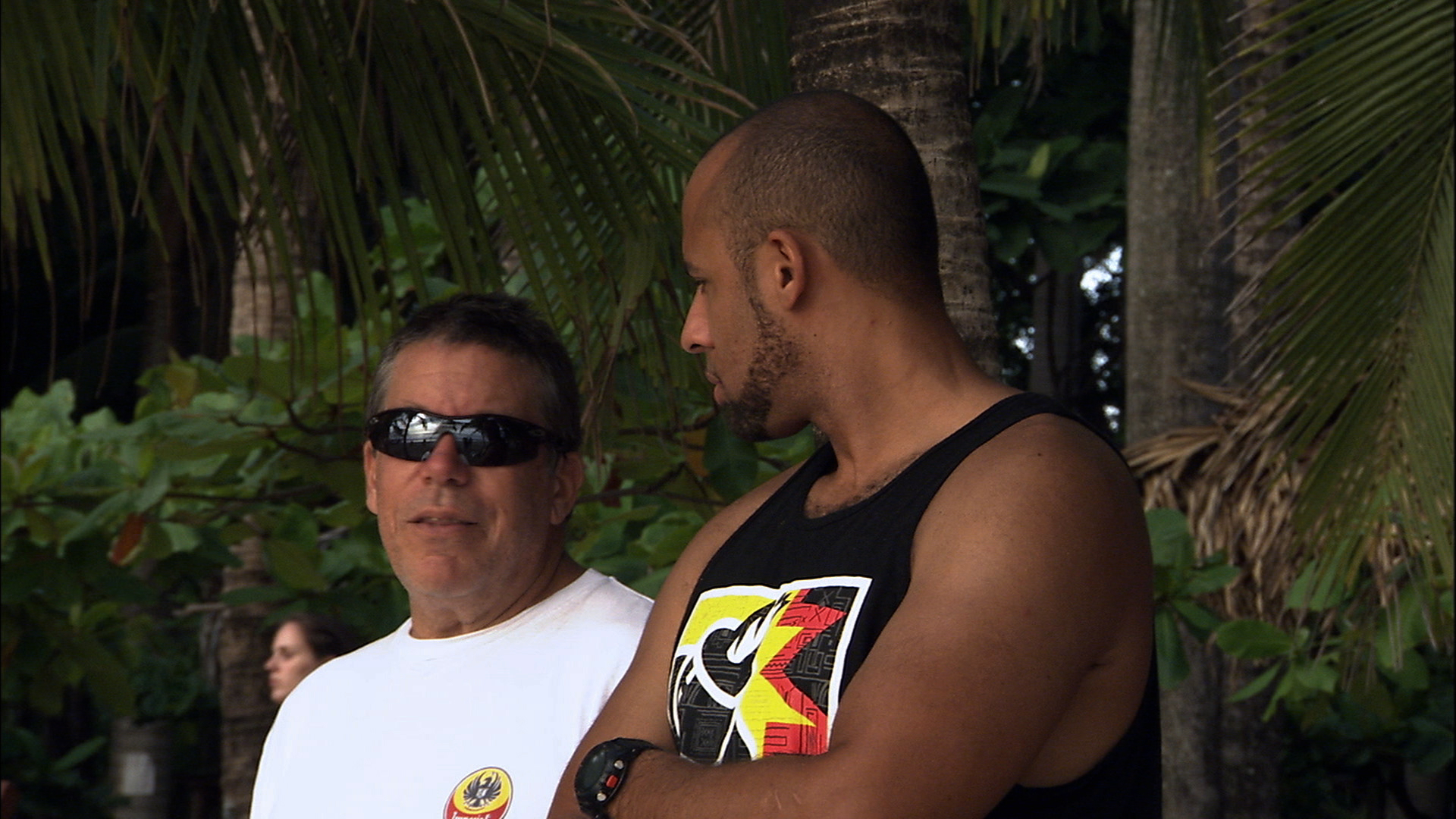 Later, back at Casa del Eric, as Kendra gushes about how perfect everything has been with her dad, it becomes apparent that — despite the warm cozies felt watching them frolic in the ocean — Kendra is still pissed.

Throughout their conversation, Kendra mocks Hank, who can’t see her from where he is sitting.

Not the best approach, Syrtash notes, saying, “Nobody would blame Kendra for being mad and hurt, but there are more productive ways to deal with her feelings than making passive-aggressive jabs at her partner. This communication pattern doesn’t lead to understanding. Rather, it generally leads to one partner acting defensive or retreating in response.”

Kendra on Top: Hank admits he did something wrong — sort of

Then things get even more uncomfortable when Hank grabs Kendra’s hand and emotionally tells her even if it takes 20 years for her to forgive him like it did with her dad, he’ll wait.

At dinner on their last night, Eric steals one final moment to speak on behalf of Hank — a man he says is a “good person and a great father.”

While it’s normal for Kendra’s dad to want to, well, be a dad after being out of the picture for so long, he lacks the full context.

“Kendra may be slightly swayed by her dad’s opinion to keep the family together — especially considering her past with him specifically — but will also likely recognize that he doesn’t have the full picture of her situation and current struggle with Hank,” Syrtash says.

Back to life, back to reality

After a tearful goodbye the following day, Kendra returns to reality. Which, in this instance, means being picked up at the airport by her bestie, Jessica.

Jessica, who I want to steal and make my best friend, gives Kendra a heads-up that her mom has been saying some potentially hurtful things on social media.

Kendra on Top: Are Hank’s tears real or is he manipulating her?

When Kendra reads Patti’s Facebook post claiming she continues to be “hurt & disrespected” by her daughter, Kendra vows to cut all ties with mommy dearest.

But is Kendra being too quick to sever her relationship with her mom? Meh, probably not, proffers Sweeney.

Even if Kendra does opt to hear her mom out, Sweeney predicted more heartache for the TV star.

“If she decides to have a conversation, her mother might be able to weave a new story, but in the end, what’s done is done,” Sweeney says. “Unfortunately, famous people lead very lonely lives. One by one people disappoint and then disappear. I fear that Kendra’s mother will soon be added to that list.”

Things heat up next week. Check out a sneak peek here!