The world woke up to Kim Kardashian’s naked butt on Wednesday morning Nov. 12, but it looks like not all was as it seemed. Kardashian posed mostly nude for Paper magazine and “broke the internet.”

However, it looks like Mrs. West got a little help for the fashion shoot — thanks to technology. Paper‘s editorial director, Mickey Boardman, told Us Weekly that Kardashian’s body wasn’t exactly au naturel.

“Every cover of every magazine is airbrushed on some level,” Boardman said. “But what I will say, is that is her butt. It is not padded. It is not augmented. That is all really her. But, yes, there was retouching to clean things up and make things look amazing. That’s what retouching is. It’s not building an ass that isn’t there or taking 50 pounds off the waist.” 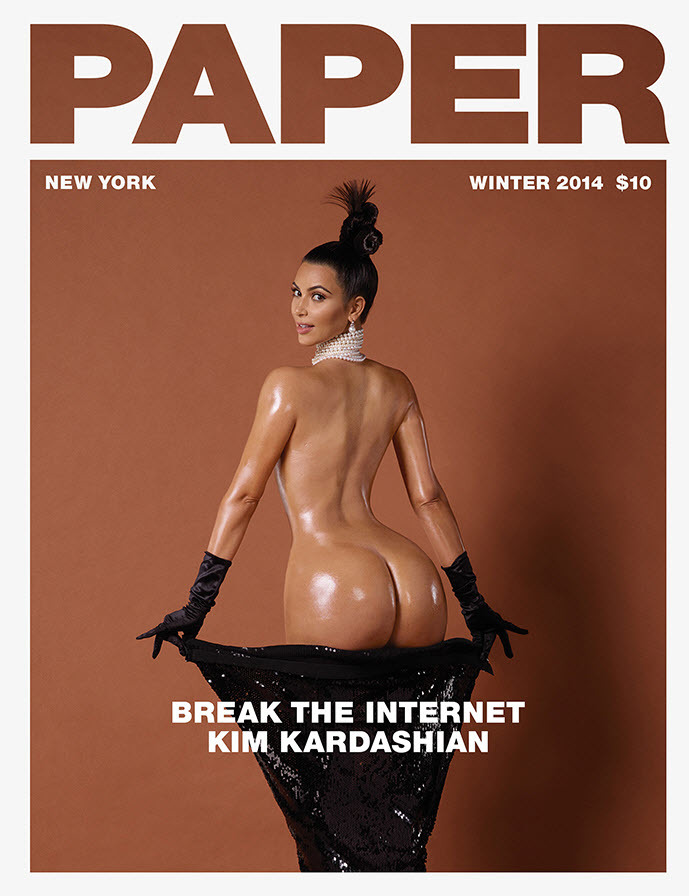 After the photo hit the web, there was talk about how thin Kardashian’s waist looked, compared to the rest of her body. Especially since Kardashian regularly wears body-hugging clothes and it’s obvious her waist isn’t as small as the magazine portrayed. (But really, how many people noticed her waist when they looked at the photo?)

A few celebs called out Kardashian for the stunt, including Dane Cook, who was the first to call the photo a fake.

Chelsea Handler and Naya Rivera were both very unhappy with Kardashian. BuzzFeed called out the stunt, as well, Photoshopping her waist back to its normal size.

But how important is it that Kardashian was Photoshopped?

Tell us — do you think the magazine should have kept Kim Kardashian’s non-Photoshopped photo?