Oh Hollywood, you just can’t help but engage in gross stereotypical sexism, can you?

Everyone knows that there are fewer leading roles for women than there are for men in Hollywood. Mostly male Hollywood execs like to list countless ridiculous reasons for this, but it always seems to come down to strangely defensive claims that audiences simply “don’t like” female protagonists, even though recent critical and box office success like Gravity, Blue Jasmine, and The Girl With the Dragon Tattoo prove them wrong.

And while a lot of us are hopeful that the recent box-office success of female-driven franchises like The Hunger Games and Divergent will trigger a positive shift, history tells us not to get our hopes up.

Which brings us to what is often pointed out as the runner-up “Hollywood isn’t all that bad at putting women in movies!” award for all of those out-of-work actresses out there: the seeming plethora of supporting and background roles for women.

Well, aspiring actress Katrina Day has a few words of “gratitude” for Hollywood, only they’re not family-friendly enough to post here.

Day has put together a Tumblr called Lady Parts of all the sexist casting calls she’s come across as an actress, and trust us, there are a lot of them. We’ve posted a few of our favorites (and we use that word in the most sarcastic sense possible) below. 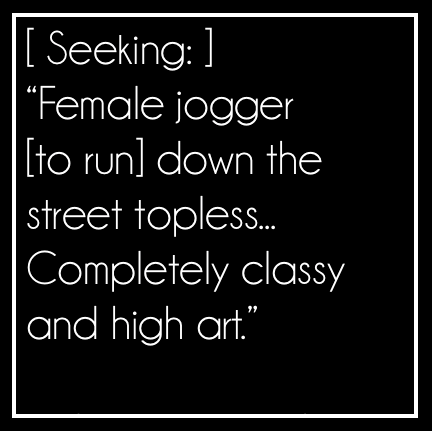 Hahahahahahaha — is that my agent calling? I can’t hear the phone ringing over the unabashed irony resonating from this casting call. 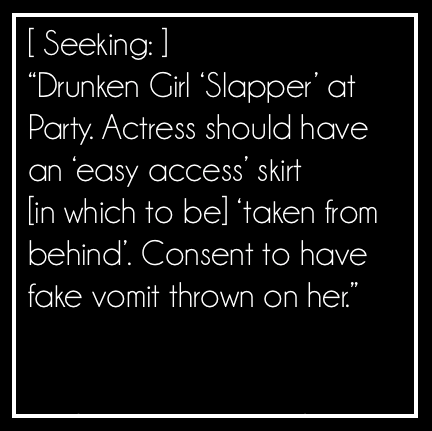 Every single thing about this post makes my stomach turn. 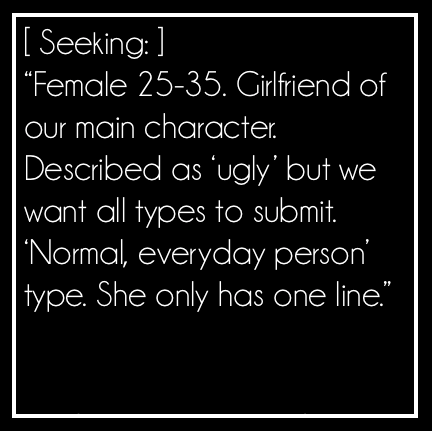 I like how the people managing casting for this project don’t want all the non-ugly types to feel left out. I mean, beauty is in the eye of the beholder, right? Also, Hollywood’s notion of “ugly” usually translates to “just shy of stunning,” so anyone cast in the role shouldn’t take it as an insult… unless, of course, you find the fact that this “ugly” but “ordinary” person only has one line, because, you know, who wants to listen to girls? 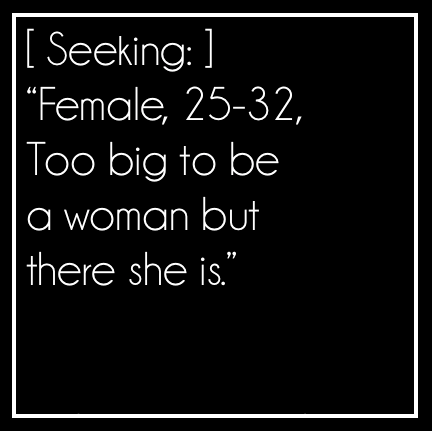 Ugh — body shaming with a shrug of the shoulders… these people are classy to the max! 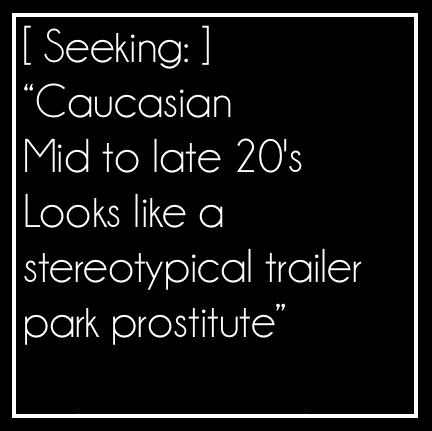 Is Hollywood just not hearing us when we say we’d like quality roles for women? 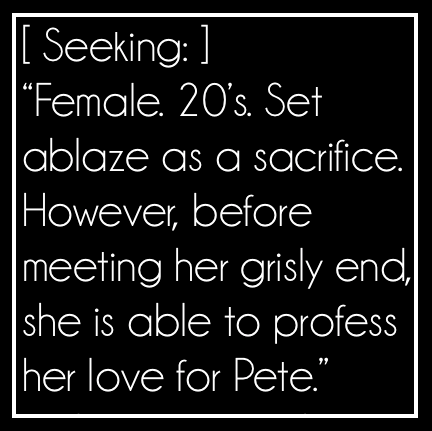 Because dying a grisly death is fine as long as Pete knows she loves him. 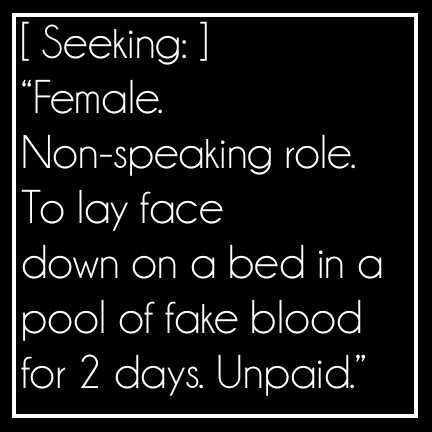 Just when you thought it couldn’t get any more demeaning, they sock it to you with the “unpaid” bit. I’d rather spend two unpaid days lying in front of this filmmaker’s apartment with a fake pool of blood around me with a sign reading, “Stop trying to get famous off the literal backs of starving actresses!” 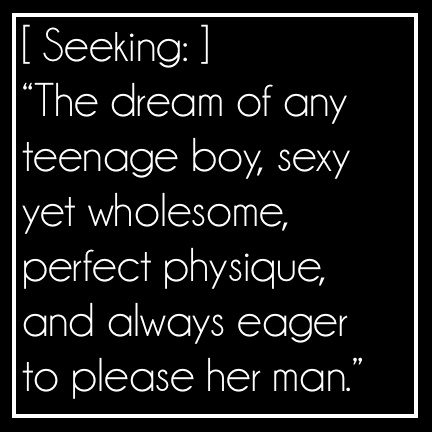 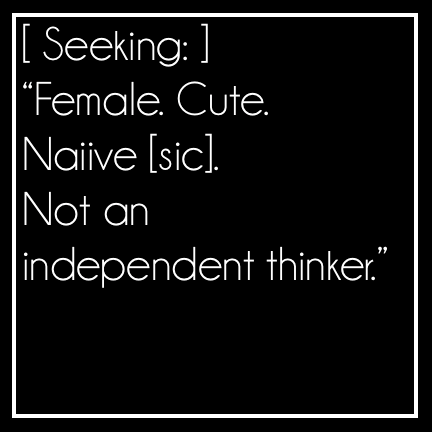 Listen, we’re not saying that there aren’t women out there in the world who line up with some of these stereotypes and therefore every movie that employs tropes like “prostitute with the heart of gold” is a complete waste of time. I mean, how bummed would we be if Julia Roberts had never agreed to do Pretty Woman? But we are saying that these tropes are tired. They’re worn out. And women are a whole lot more interesting, vibrant and marketable than the vapid, naked, set furniture some filmmakers seem to be hell-bent on turning them into.

Come on Hollywood, we know you can do better!

UPDATE (Feb. 25): Upworthy and Lady Parts teamed up to create the following pilot — and it’s worth the watch: