Most people would consider Khloé Kardashian to be the funny sister when compared to Kourtney and Kim, but the reality star just seriously crossed the line with one offensive Instagram post on Tuesday night, Nov. 11.

On a day when the country is honoring a brave group of people who have served in the armed forces, Khloé thought it would be a good idea to make light of another group of people, like the KKK. Talk about inappropriate. In the meme, her sisters are all smiles with their arms wrapped around each other and the text reads, “The only KKK to ever let black men in.” At time of press, the photo had garnered over 392,000 likes with a whole lot of comments, before being deleted from her IG feed. 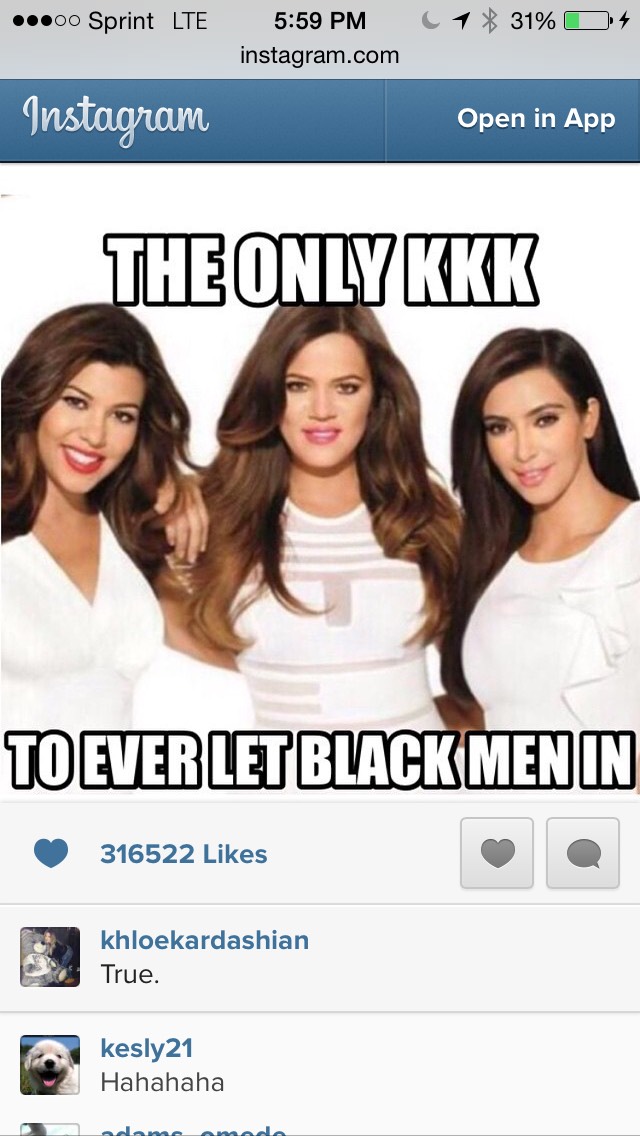 Not only is the post insensitive to those who have experienced hate crimes from the group, but it’s also just unfunny. Having sisters with names that begin with the same letter is actually pretty cute, but why would you ever compare or even bring up a violent hate group that played such a degrading role in American history? Khloé and the rest of her sisters aren’t typically looked at as role models, but there are a lot of girls who look up to them, at least as businesswomen. It makes French Montana’s on-again, off-again girlfriend look absolutely naive.

Let’s face it, controversial memes like this exist all throughout Instagram, but here’s some advice, Khloé: Stay away from them. Posting something like this isn’t going to make you seem edgy or self-aware. It’ll only fuel all the bad word of mouth that your family already gets. It’s just not worth it and it’s dumb.