Anna Kendrick is hilarious. And talented. And, yes, beautiful. So what gives with the constant scrutiny over her looks?

In a revealing interview in the December issue of Marie Claire hitting newsstands Nov. 18, Kendrick — in her charmingly self-deprecating way — addressed the ongoing fascination about her appeal.

“The most common that that I get is, ‘Am I the only one who doesn’t think that Anna Kendrick is pretty?’ And you’re like, ‘No, you’re not the only one. Arguably, all of the boys in my high school agree with you.'”

Is it admirable the way Kendrick can always roll with the punches? Absolutely. Is it kind of adorable how humble she is? Without a doubt.

But her statement also bums us out. It goes to show how people often put such a premium on superficial attributes over intellectual or emotional ones.

Not to mention the fact that she clearly had a bunch of boneheads in her high school.

The truth of the matter is that beauty is totally subjective in some ways, and not at all in others. As to whether or not Kendrick is a classic beauty, it largely depends on who you ask. We’d be willing to wager our worth that she is a lot of someones’ dream girl.

It’s also important to note, though, that Kendrick is beautiful in so many of the ways that aren’t subjective.

She is beautiful because she is virtuous and funny and kindhearted and brave — traits that are, for the most part, universally considered to be beautiful.

If it pleases the court of public opinion, we’d like to offer up some evidentiary examples that offer irrefutable proof Kendrick is beautiful both inside and out.

A Lipstick Angel, to be more precise. This summer, Kendrick spent her day helping the benevolent Lipstick Angels organization offer makeup and beauty sessions to women in the hospital. The sweet star wound up at City of Hope treatment center as part of her work with another benevolent project, Burt’s Bees’ Hive with Heart. “The beautiful thing about that day and about the Lipstick Angels program is that no one can seem to stop grinning,” she said.

Not many young entertainers could hold their own performing in front of a packed crowd that included the POTUS (and FLOTUS, for that matter) and stage greats like Shirley MacLaine and Billy Joel. But Kendrick did. Last December, during the Kennedy Center Honors, the Pitch Perfect actress — looking stunning in a little red dress — nailed her part of the live tribute to the legendary MacLaine.

Her sense of style is spot-on 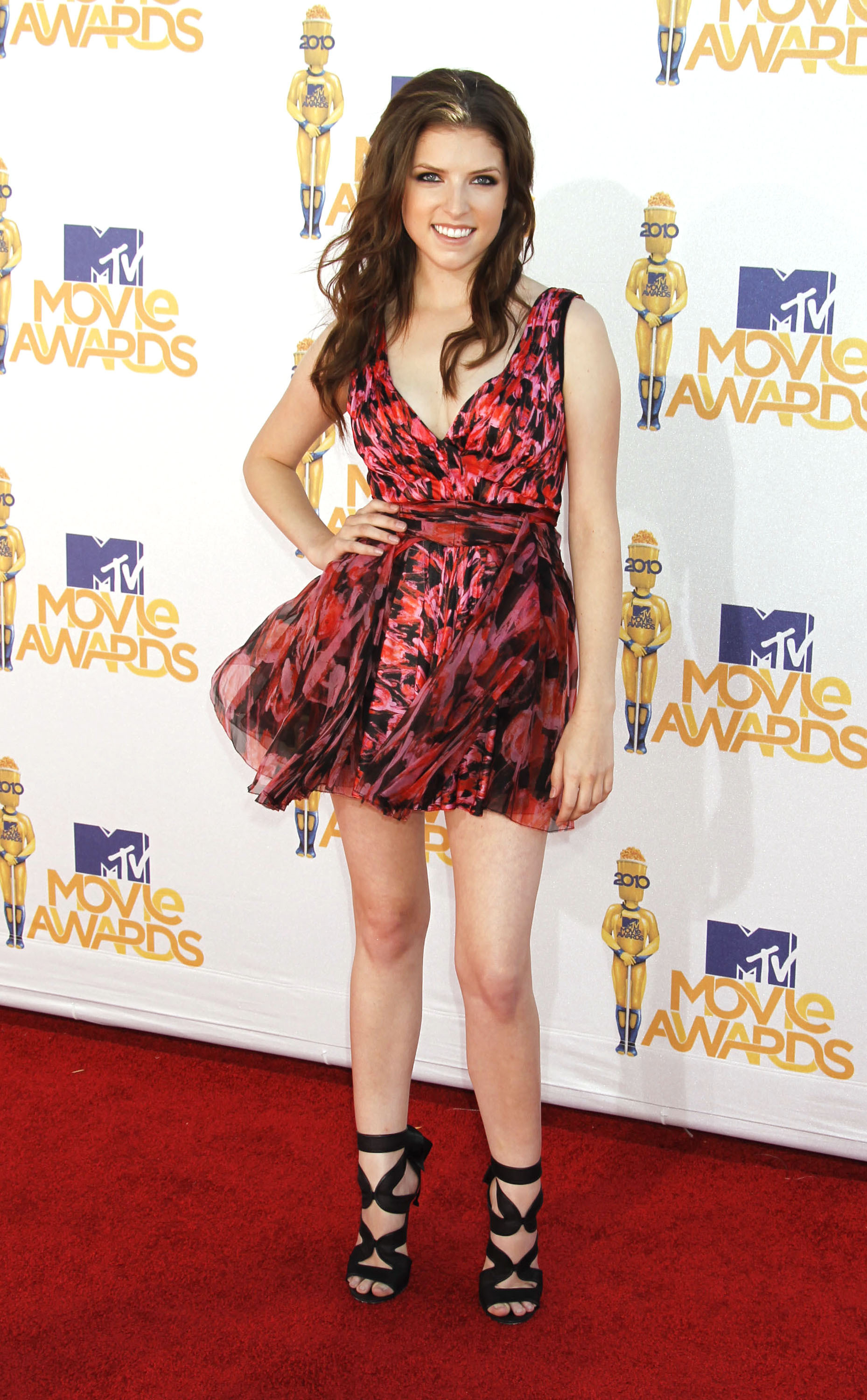 A regular on fashion-show front rows, Kendrick is a self-proclaimed fashion hound. She’s that chick you want to dress like — she somehow always strikes the perfect balance between timeless and eclectic that is so hard to master.

PHOTOS: Our favorite celebrities to watch at Fashion Week

Her deep-rooted sense of style, she says, can be credited to her mother. “[My mom] was always a fan of just really elegant, sophisticated pieces. I mean, we grew up in Maine, so we didn’t have a lot of call for black tie or anything, but I think I definitely got that sensibility from her,” she said.

Three words: Into the Woods

Christmas cannot come fast enough this year. Yes, we’re excited about Santa. Who isn’t? But we’re also kind of reeling over this trailer from the movie adaptation of the fairy-tale musical Into the Woods, featuring a ton of A-list talent — including, of course, Kendrick, who knocks our glass slippers off as a singing Cinderella.

These days, honesty is a rare virtue, and it just so happens that Kendrick has it in spades. We adore the fact that she is so willing to share her human experience in the spirit of connecting with others, no matter how embarrassing or awkward it may be. When asked by GQ about her first kiss, she offered up the candid truth. “I was thinking, Oh no, this is a mess. I don’t know if I’m going to be able to deal with this for my entire adult life. At first it was a struggle to nail the mechanics of it, but at some point I figured it out.” And, I mean, c’mon. We’ve all been there, right?

In addition to serving as a Lipstick Angel, Kendrick is always willing to lend a hand to help out charitable organizations and good causes. She’s loaned her name and time to a benefit for The Art of Elysium. She’s taken the stage with Kristin Chenoweth to sing in the name of The Trevor Project. She’s joined other celebs like Anne Hathaway to support veterans. And, yep, she’s even doused herself down in support of ALS awareness.

To state the obvious she is, in fact, gorgeous 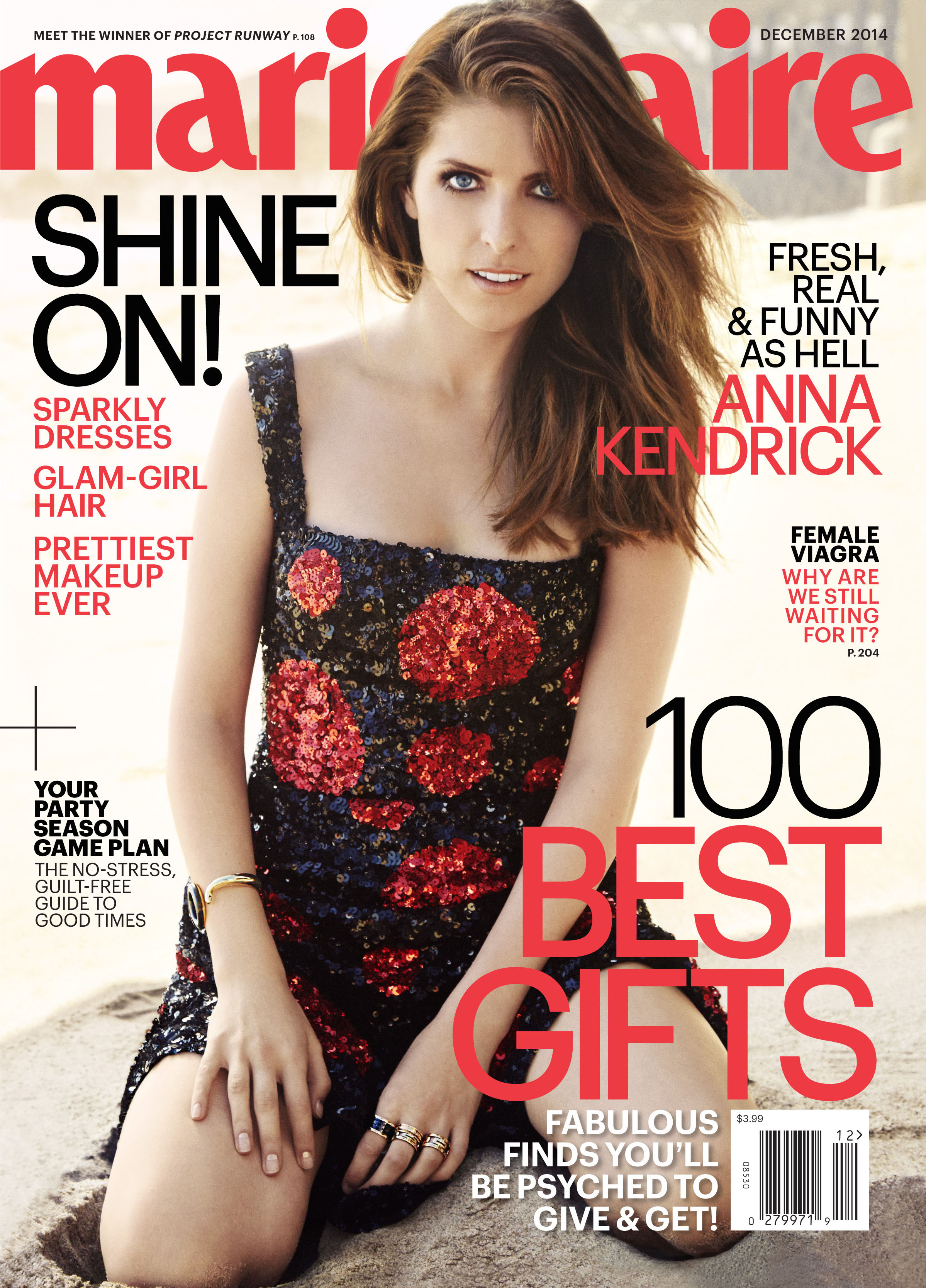 Seriously. Just look at her. We think it’s safe to say all that inner beauty Kendrick boasts shines right through, since she’s got a pretty fabulous outside as well. Wouldn’t you agree?