We’ll never forget the thickheaded fools, Lloyd and Harry (Jim Carrey and Jeff Daniels) from the original Dumb and Dumber movie. Not only do the two numbskulls have a sequel, it turns out one of them has a daughter. We sat down with actress Rachel Melvin to find out what it was like to play the spawn of a kook.

You may remember actress Rachel Melvin from TV’s Days of our Lives. Melvin is making feature films now, specializing in comedy. In Dumb and Dumber To, she plays Penny, the long-lost daughter of Harry (Jeff Daniels), who searches for her when he discovers he needs a kidney transplant.

Jeff Daniels on the Emmy win no one saw coming 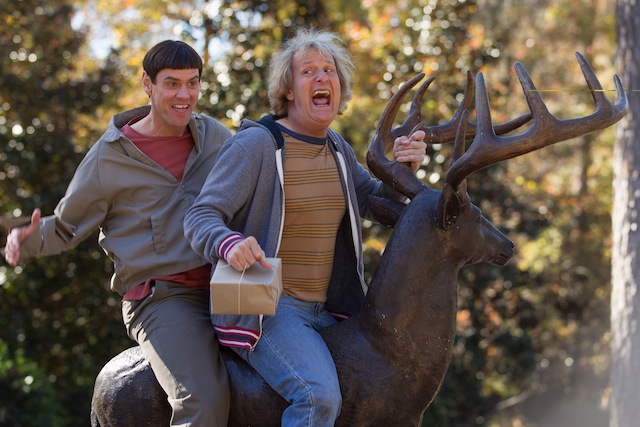 While her character Penny may not be the brightest bulb, Melvin was incredibly smart when it came to observing the talented actors she worked with. We asked her what both Jim Carrey and Jeff Daniels were like.

“I think Jim and Jeff are both brilliant, but in very different ways. Jim is one of the great comedic actors of all time. No one else can really do what he does. To witness him in action, to see what makes him tick — it was a lifetime opportunity I can’t believe I was able to witness.”

She said it’s difficult to compare them both because they are each so distinct. “Their comedy is so different and it’s weird to say that because they’re in the same movie — but it works.”

Melvin also told us that Carrey is very different than his celebrity persona. “I find him to be very deep and spiritual. He’s full of complexity, imaginative wonder, all the while being very wise. He’s a beautiful person and artist. He showed me a lot of sculptures and drawings that he does. The guy is a bottomless pit of talent that the world only knows half of.”

She said she enjoyed her downtime with Carrey because they would talk about things that mattered. “We talked about humanity, the mystery of life and how we can be better people, which I appreciated because especially when you’re on set, so much of the conversation is about the business and that can only stimulate me for so long.” 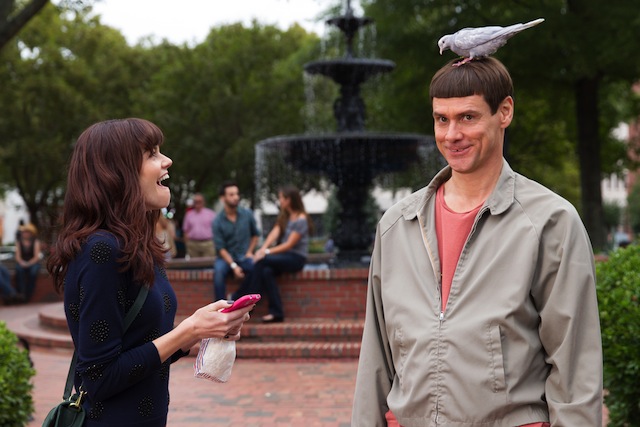 Melvin also shared the prank she attempted to play on the Farrelly brothers, who directed the film.

“I was in the hair trailer and there was this leftover wig and it was dark and curly. I was about to shoot this fantasy scene with Jim and I thought, ‘I’ll put this in my underwear, it’ll be so funny!'”

The idea was to make it seem like her lady business was wild and out of control, with long tufts of hair sticking out of her underpants. But given that this was Melvin’s first studio film, she started to get nervous that the directors would get mad because, to pull off the prank, she would need to waste a take. She ran the idea by Carrey and he gave her the green light.

“He was like, ‘Don’t tell anybody, you’ve really got to sell it.’ So we were shooting the scene and he opened my robe and the wig was there, but I guess the monitor was really dark and no one could see it.”

It’s OK, Rachel — maybe they were laughing on the inside. The amazing part of the story is that you and Jim Carrey attempted to pull off a prank together, and very few people in the world can say that.