No, Interstellar doesn’t compete with the fake movie mission from Argo. Instead, Ben Affleck may be envious of the actor chosen to make a cameo in this space opera. 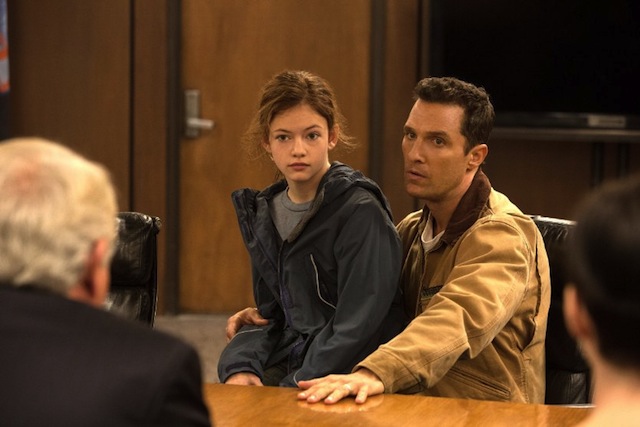 Interstellar takes place in the near future, when earth is beginning to crumble. Crops are going extinct and there’s very little food or water available to those who need it.

We hope dystopian films are done now that Tomorrowland is here

We meet Cooper (Matthew McConaughey) as he awakens from a nightmare in which he relives the aircraft crash he survived back when he flew for NASA. In this film, however, NASA no longer exists — at least, that’s what we’re led to believe.

Cooper now works as a farmer, taking care of his two children, Murphy (MacKenzie Foy) and Tom (Timothée Chalamet), before he is asked to lead a mission to investigate a mysterious wormhole that may hold the secret to finding a planet suitable for humans. 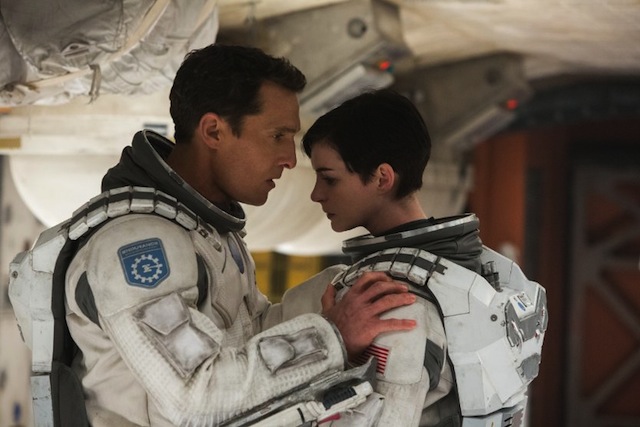 Leaving his family behind, Cooper heads into space with Brand (Anne Hathaway), a small crew and a couple of sentient robots.

Once through the wormhole, their ship, called “The Endurance”, struggles to reach Dr. Mann, an astronaut who was sent on a mission, years earlier, to attempt to locate a habitable planet.

About two-thirds of the way into the film, The Endurance reaches Dr. Mann’s ice planet. That’s when we discover he’s not played by just any actor, but by Oscar winner, Matt Damon! 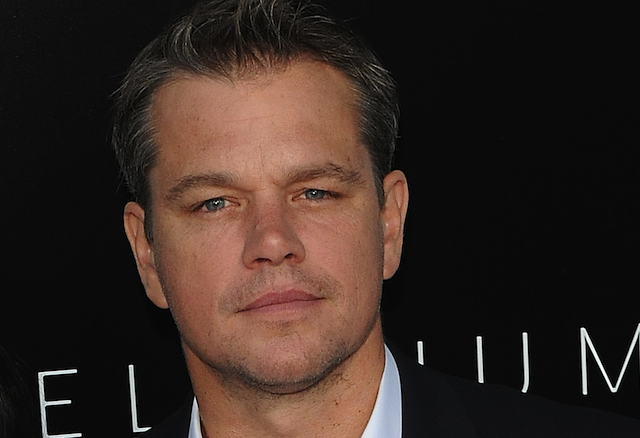 The filmmakers employed an interesting strategy by not including Damon’s name on the movie poster or showing his face in the movie trailer. We guess it’s meant to be just a little Easter egg planted by that witty Christopher Nolan, the movie’s director.

Damon usually plays likable, heroic characters. But as Dr. Mann in Interstellar, he’s got a big secret and a dark side that comes out when Cooper wants to deviate from Dr. Mann’s detailed plan.

It’s wonderful to see Damon tap into his more vicious side, giving his character a depth and toughness we aren’t used to seeing from him. We like that Damon doesn’t feel the need to headline and he’s OK with taking a smaller role, leaving the hype for McConaughey.

Damon’s next film is another sci-fi epic called The Martian, about an astronaut who gets stranded on Mars and struggles to survive. The Martian also stars Jessica Chastain, Kristen Wiig and Kate Mara, and is due to release in November of 2015.

Interstellar blasts in to theaters on Nov. 7.