Warning: Images in this article are NSFW due to nudity.

Don’t cross Chelsea Handler’s back. Or front, for that matter.

Everybody’s favorite funny lady took aim at notoriously sexist Russian president, Vladimir Putin, and quickly learned that she can get a good dose of sexism right here in the U.S. of A.

Chelsea Handler: Conan O’Brien is packin’ and has a great bod

The actress posted a picture of herself topless riding a horse, poking fun at a similar picture of Putin, with the caption, “Taking this down is sexist. I have the right to prove that I have a better body than Putin. Anything a man can do, a woman has the right to do better. #kremlin.” Clearly, Handler knew that her photo would be picked off by higher-ups at Instagram and she was right. The photo was quickly banned from the site. We managed to get a screen grab before it was taken down. 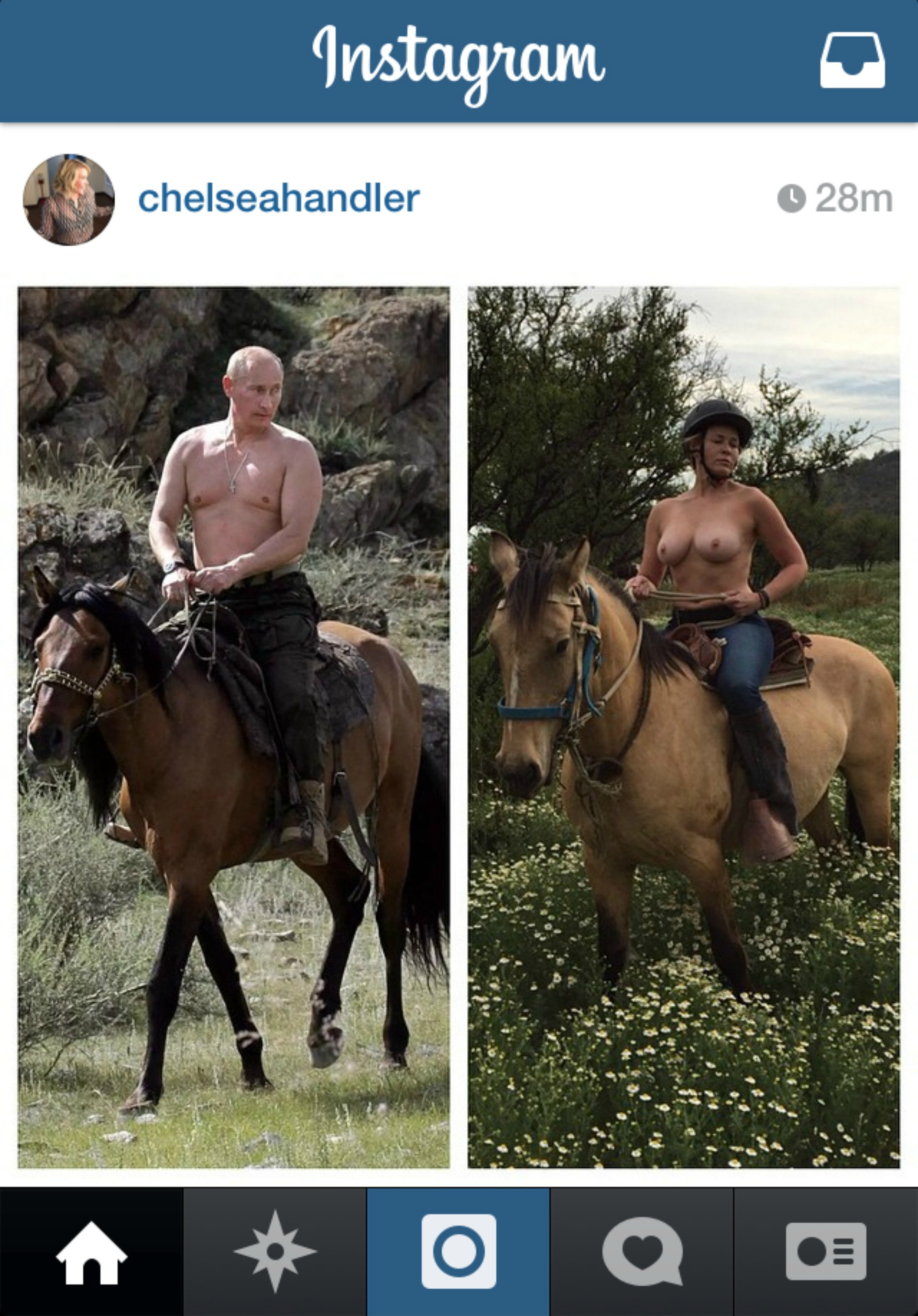 She posted a screen grab of her own, showing the message that the photo had been taken down because it “does not meet community guidelines.” “If a man posts a photo of his nipples, it’s ok, but not a woman? Are we in 1825?” she captioned the photo.

A short time later, Handler posted the same topless photo again. “Taking this down is sexist,” she wrote. “I have every right to show I have a better body than Putin.” Guess what? They took it down. Then a third post: “If Instagram takes this down again, you’re saying Vladimir Putin Has more 1st amendment rights than me,” she wrote in the caption. “Talk to your bosses.”

It was later removed.

Honestly, though, Handler has a point here. Her photo is no more sexual in nature than Putin’s and the only reason her going topless shocks people or makes anyone uncomfortable is that it’s been ingrained in us since birth that it’s not the social norm for women to publicly expose their chests.

And she’s right: Anything men can do, we can do better and, like Handler so aptly displays, look better while doing it.