Kaley Cuoco-Sweeting has had a successful career in Hollywood — even at her young age. But the actress already earned the honor of receiving her star on the Hollywood Walk of Fame.

The Big Bang Theory star accepted that honor on Wednesday, Oct. 29 — and was emotional from beginning to end.

“I didn’t write a speech, because I thought I would just speak from my heart and I already started crying in the car on the way over here, so I got that out of the way,” she said during the ceremony, according to E! News. “I still think they are going to call and say this was a mistake.”

Cuoco said the honor is “unbelievably sweet and overwhelming” and she thanks her friends and family — as well as her former TV dad, John Ritter.

“He must be jumping off the walls right now,” Cuoco told E! News. “I can’t even imagine what’s going on up there.”

Cuoco was a teenager when Ritter, her co-star on 8 Simple Rules, died. She called him “one of my favorite people” and requested her star be near his. In her speech, she spoke about being present at Ritter’s induction, and said she couldn’t believe she got to be a part of it. 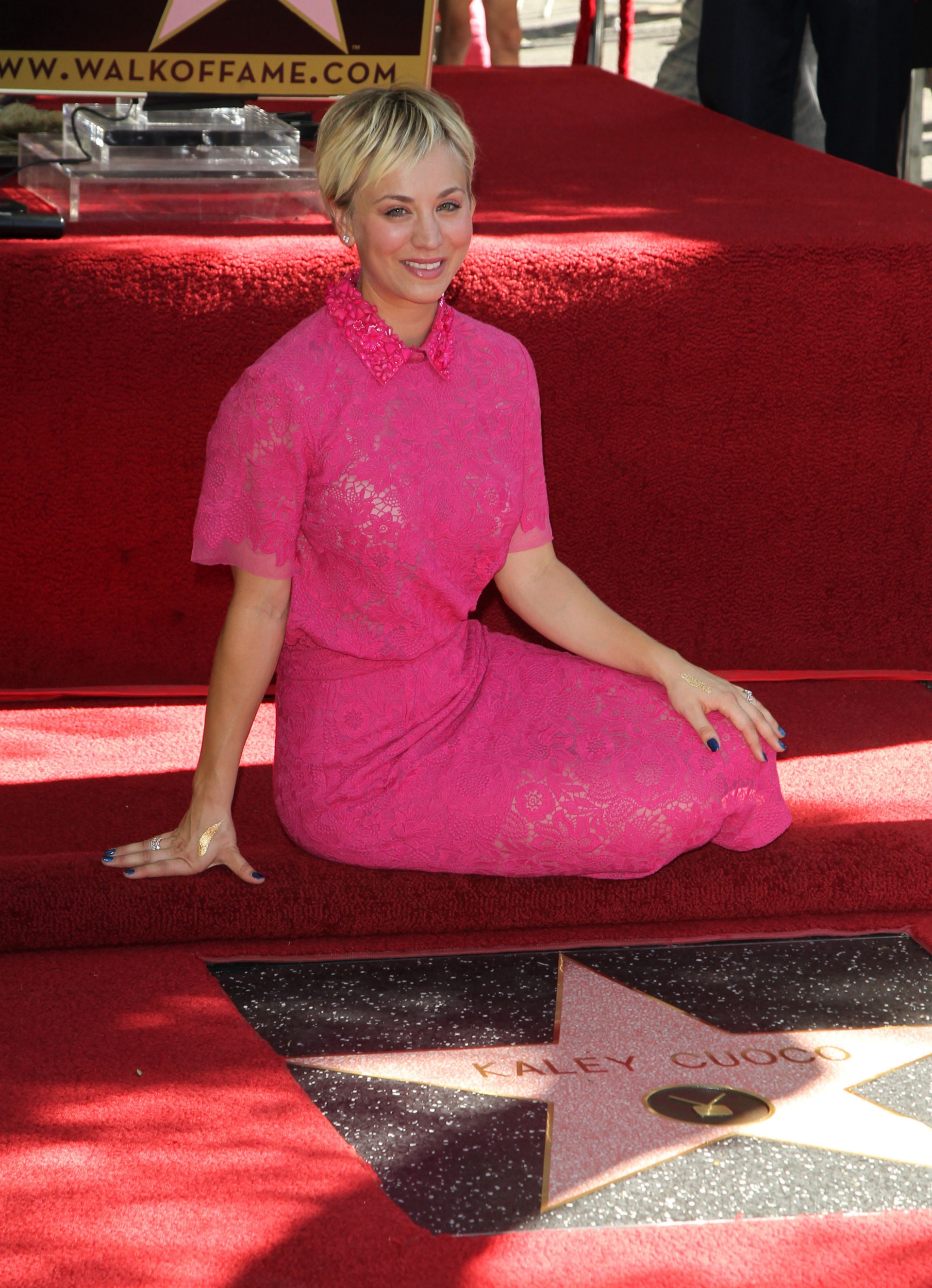 But Ritter wasn’t the only man in Cuoco’s life she was thinking about while accepting her star.

“[To] my husband, Ryan, who has also dealt with a lot of Kaley days, you have no idea how much I love you,” she said. “This would not be the same without being able to share it with you today.”

Cuoco, who continues to be one of TV’s highest-paid actresses, continued: “This is a dream come true. I’m forever grateful.”