Celebs: they’re just like us — particularly when it comes to the allure of picking pumpkins in the fall. Set your pumpkin spice latte aside for a few minutes and revel in the bond you share with these 15 pumpkin-loving stars. 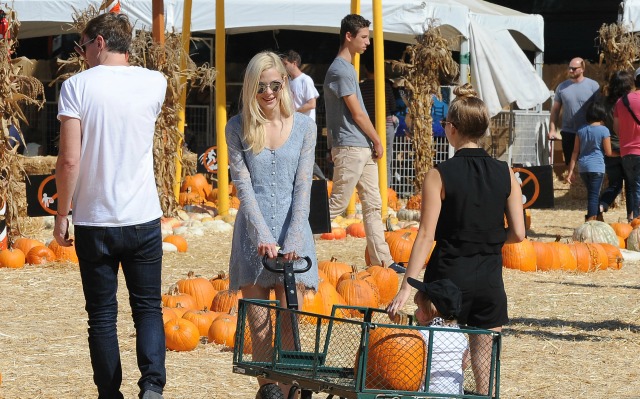 Looking every bit as flawless as Lemon Breeland, her Hart of Dixie character, Jaime King carts around a pumpkin that would make the town of Bluebell proud. 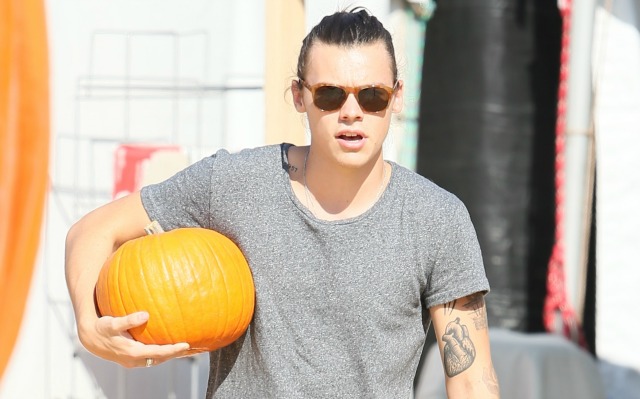 Hey, picking the right pumpkin is serious business. We don’t blame One Direction’s Harry Styles for slicking back his signature locks — pumpkin-picking requires a clear line of sight. 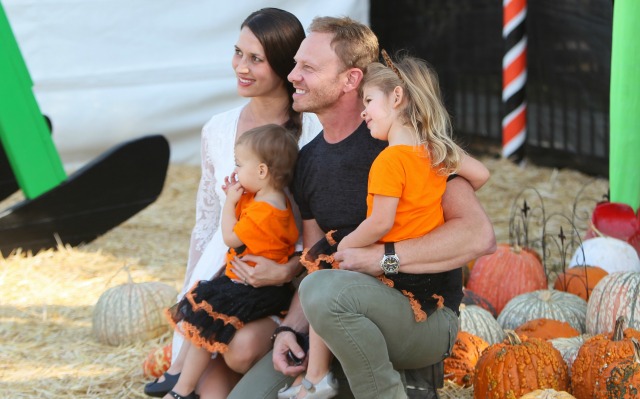 Fortunately, there are no sharks at Mr. Bones Pumpkin Patch in Los Angeles. Even if there were, we know they wouldn’t be any match for Ian Ziering, who hit the popular pumpkin-picking spot with his wife Erin Ludwig and adorable kids Penna and Mia. 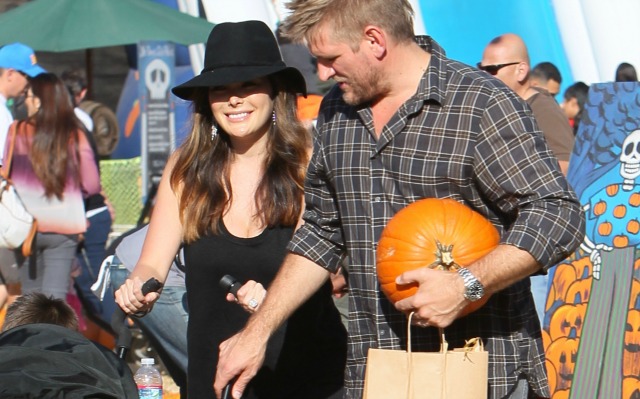 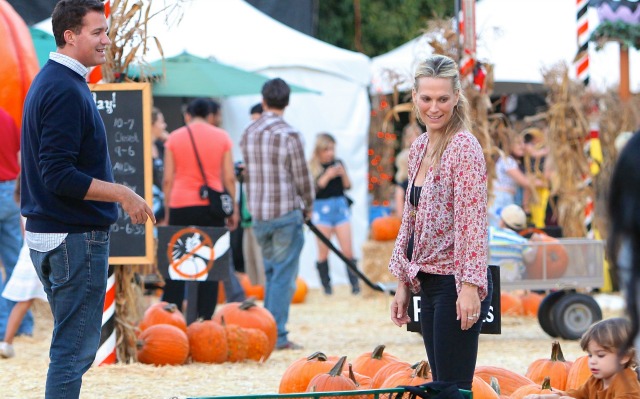 Don’t worry — that’s not a teeny tiny pumpkin in Molly Sims’ shirt. The actress, who announced her second pregnancy in September, sported a barely-there baby bump during a visit to the pumpkin patch with her husband Scott Stuber and their 2-year-old son Brooks. 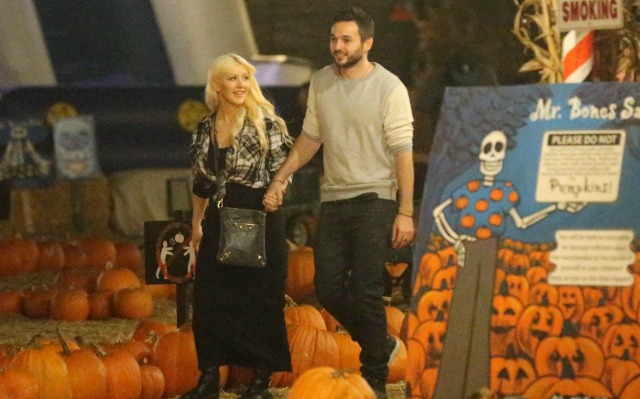 Holding hands with fiancé Matthew Rutler while strolling through the pumpkin patch, Christina Aguilera looked relaxed, happy and ready to find the perfect pumpkin for her son, Max. With the news that she’ll be reprising her role on The Voice next season, the star has a lot to sing about these days. 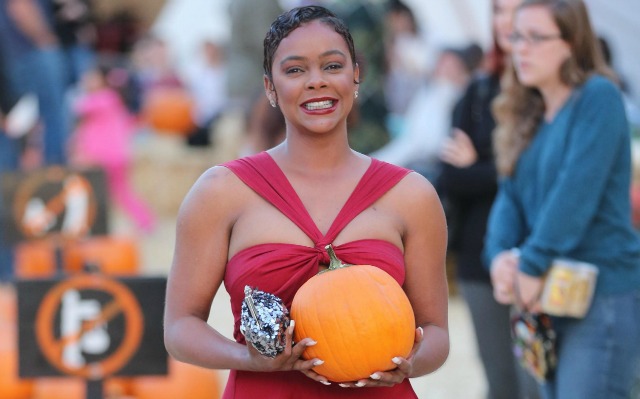 Either pumpkin-picking has turned into a formal affair or former Saved By the Bell star Lark Voorhies is headed straight from the pumpkin patch to a fancy gala. Let’s hope it’s the latter. 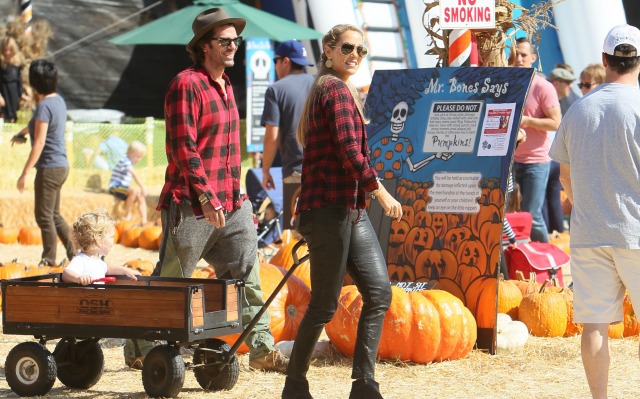 What says fall more than wearing matching plaid flannel to go to the pumpkin patch? Elizabeth Berkley and her hunky artist husband, Greg Lauren, look the part of professional pumpkin-pickers. 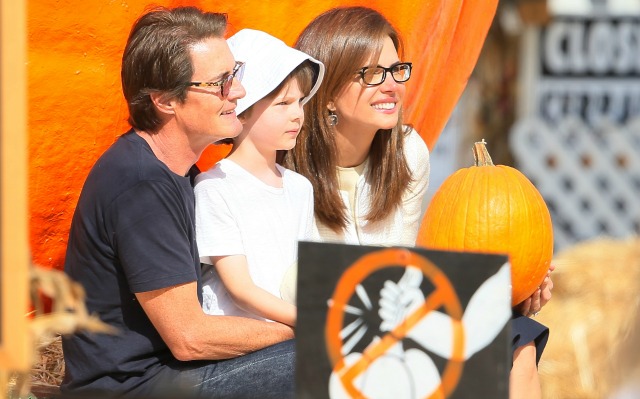 He may play Skye’s father on Marvel’s Agents of S.H.I.E.L.D., but he was on real-life daddy duty at the pumpkin patch with son Callum and wife Desiree Gruber. 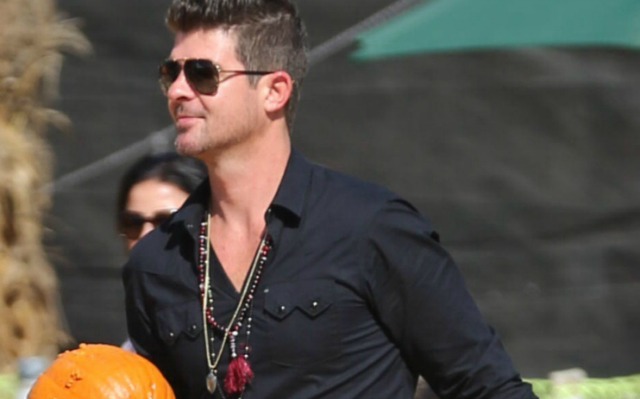 Marital woes though he may have, R&B powerhouse Robin Thicke put on a happy face to frolic around the pumpkin patch with his 4-year-old son, Julian. And, really, if picking pumpkins can’t cheer someone up, what can? 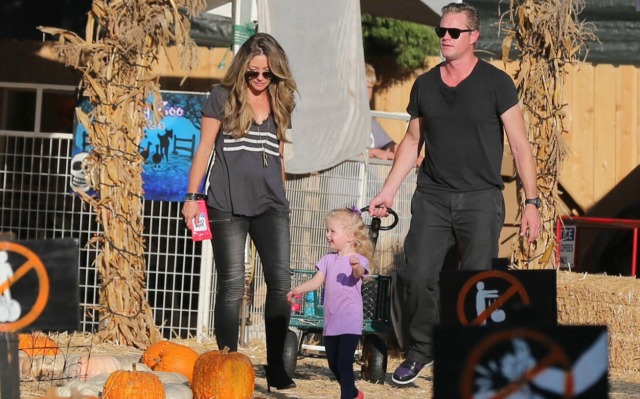 Sure, Eric Dane enjoys the nickname McSteamy. But, c’mon, Rebecca Gayheart is pretty dreamy too, and it seems like a safe bet that the couple’s pumpkin patch adventure with daughters Billie and Georgia was dreamy as well. Le sigh. 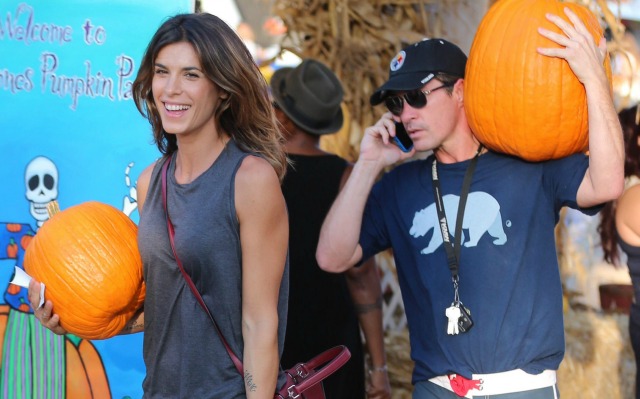 In what may be the sexiest casual wear ever, Italian model Elisabetta Canalis — yes, George Clooney’s ex — and husband Brian Perri picked up not one but two perfect pumpkins at the patch. 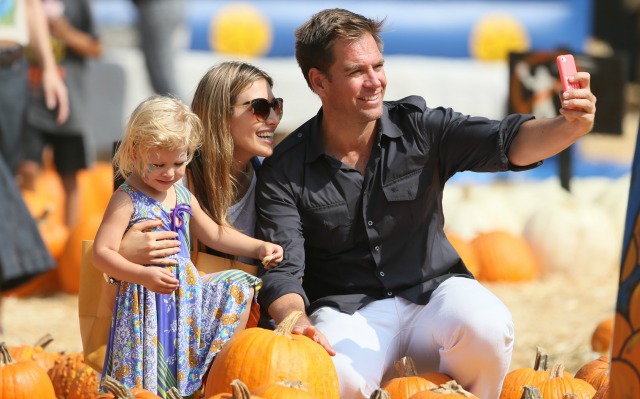 Just when we thought NCIS‘ Michael Weatherly couldn’t possibly get any cuter (we heart DiNozzo), he went and popped a squat in the pumpkin patch to take a sefie with his wife Bojana Jankovic and precious daughter Olivia. 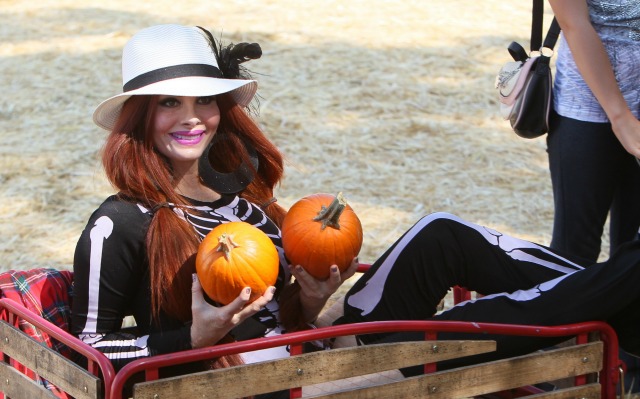 OK, we concede… attention-loving Phoebe Price might actually love pumpkins more than you do. Sadly, her poor choice of pumpkin placement doesn’t exactly come as a shock. 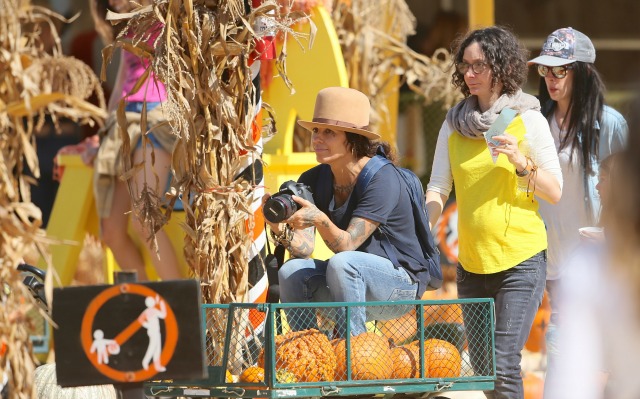 Aww, who doesn’t love a cute little preggo among a bunch of portly pumpkins? The Talk co-host Sarah Gilbert couldn’t look more adorable if she tried while wandering the pumpkin patch with her wife, rock songwriter-producer Linda Perry.