Kelly Osbourne hasn’t hidden the fact that the sudden death of her mentor, Joan Rivers, came as a crushing blow.

Nick Cannon and five celebs who have covered their ex ink

Osbourne posted touching words about Rivers on Facebook upon hearing of her death, saying, “Not only was she my boss, she was and always will be my teacher, therapist, closest friend, inspiration and the only grandmother I ever knew.” Now, Osbourne has given herself a permanent reminder that Rivers will always be with her in the form of fresh ink. She posted two Instagram photos of herself getting a tattoo of a small bee on her shoulder, because a bee is a “creature that defied and beat the odds, a miracle.”

Robin Williams’ daughter grieved with the rest of the world after his tragic death. Earlier this week she marked herself with a hummingbird tattoo and her father’s birthday on her wrist.

You can say a lot of things about Miley Cyrus, but you can’t say she’s not sentimental. Kat Von D designed a portrait tattoo of Cyrus’ late grandmother last year and the songstress also got art to remember her beloved dog, Floyd, after she was crushed by his death this past spring.

Whitney Houston’s daughter and her then-fiancé, Nick Gordon, got matching tattoos to commemorate the legendary songstress after her death. Gordon later went on to finish his piece off with an intricate portrait of Houston.

After the horrible plane crash in 2008 that killed his friend, Adam ‘DJ AM’ Goldstein, and left him too afraid to fly, Barker got a tattoo for him on his left thigh. Barker revealed the tattoo on Twitter in 2008. 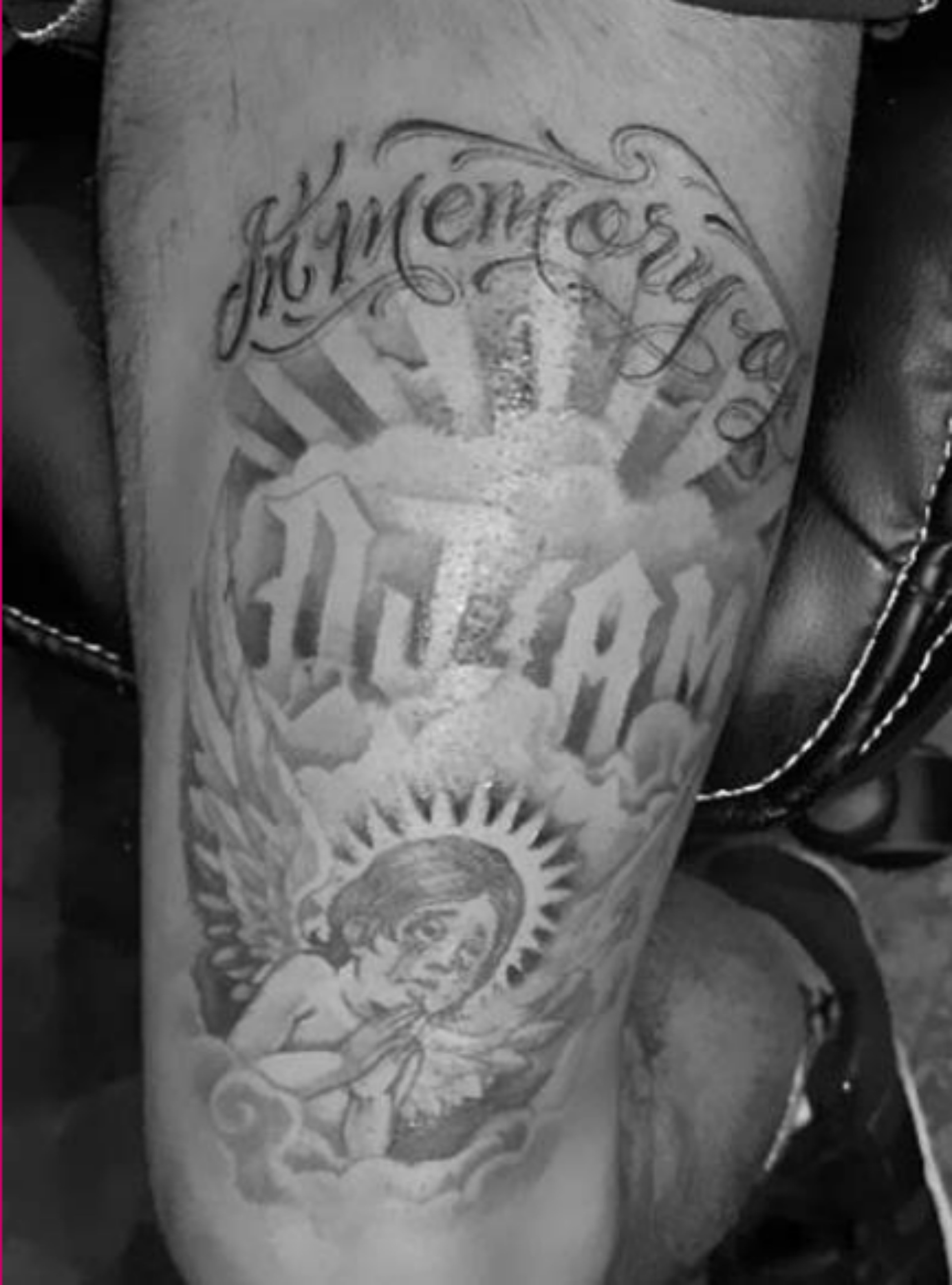 After Jackass‘s Ryan Dunn perished in a car crash in 2011, his comrades only felt it right to get (more) tattoos in honor of their friend. Wee Man got one his leg, while Margera opted for a portrait on his shoulder.