Now that we’ve gotten a full glimpse of Johnny Depp as the Big Bad Wolf in Into the Woods, we can’t help but celebrate his enthusiasm to bring fantastical characters to the cinema. But does his sexiness hold up in each one? Uh, that would be a no.

Johnny Depp is one actor who never shied away from wearing crazy makeup and elaborate costumes to create wild characters. While the actor can be super attractive, he can also look full-on creepy! Take a look at these photos to see if you agree. 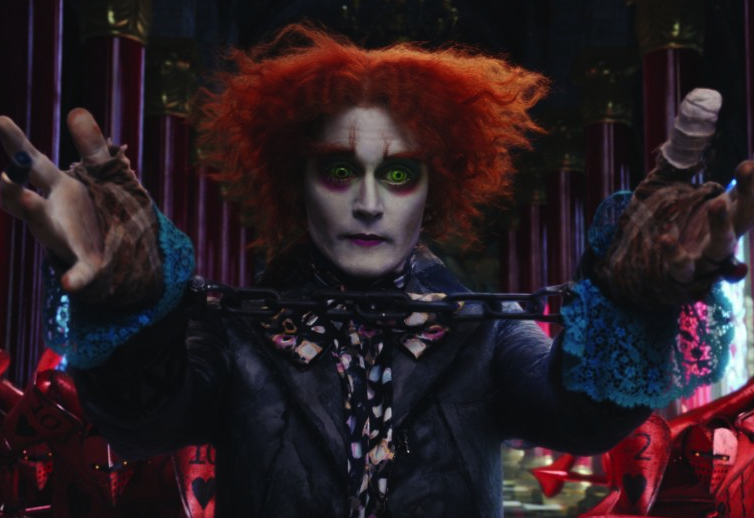 Though a great choice acting-wise to play the Mad Hatter in Tim Burton‘s Alice in Wonderland, his orange wig and glowing green contact lenses make him look like an aging raver who’s been up for several days on a bath salts binge. Good thing he’s wearing shackles on his wrists.

Sacha Baron Cohen as Time in Alice sequel: Is this a prank? 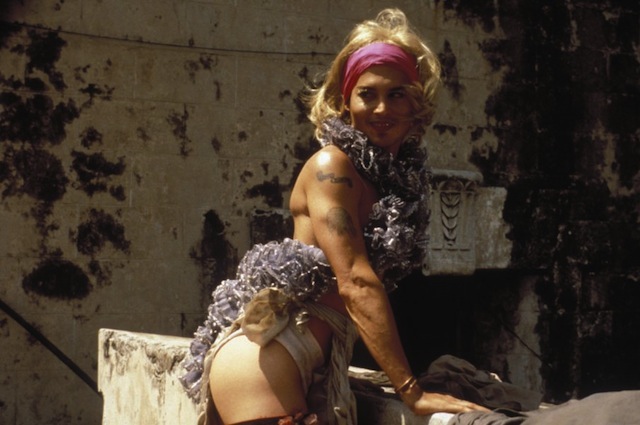 One thing we love about Depp is his willingness to take risks. We applaud him for playing Bon Bon in Before Night Falls, but this look has us feeling awkward and confused. Muscles? Makeup? G-string? It’s all too much for our brains to process. Next photo, please! 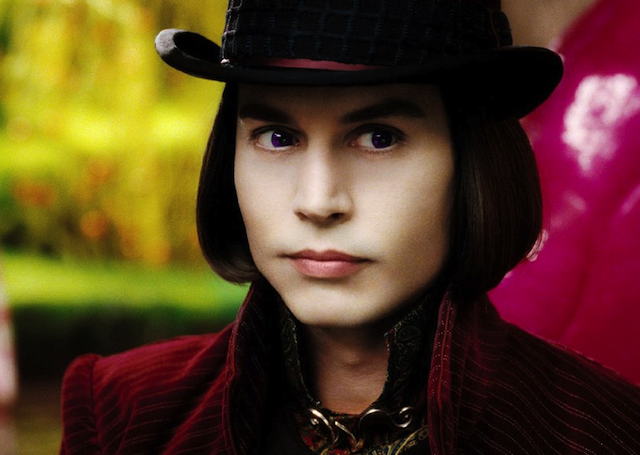 As Willy Wonka in Charlie and the Chocolate Factory, this androgynous look has us kind of creeped out. If it wasn’t for his Adam’s apple, we’d swear this was a woman, or at least a woman made out of plastic that was polished by a floor buffer. His face looks like one of those ultra-realistic baby dolls — too smooth to be human. No one, not even Depp, should wear eggplant-colored contacts. Ick! 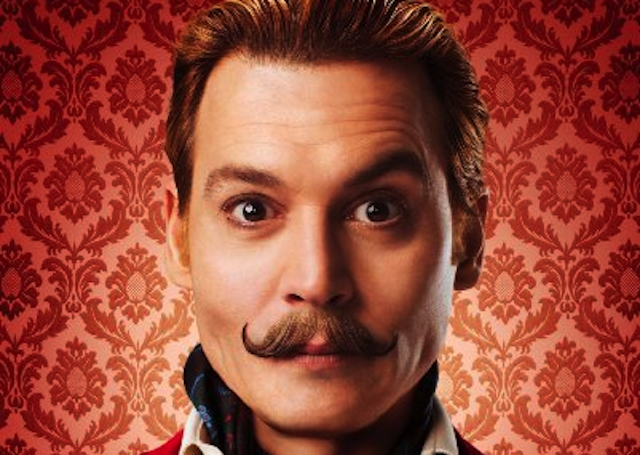 The new comedy, Mortdecai, is set to release in January of 2015 and we love Depp’s ridiculous look with the goofy handlebar mustache. This getup is super fun and silly but just not sexy. At least we can see the lines on his face, proving he’s a human. Mortdecai also stars Gwyneth Paltrow and Ewan McGregor. 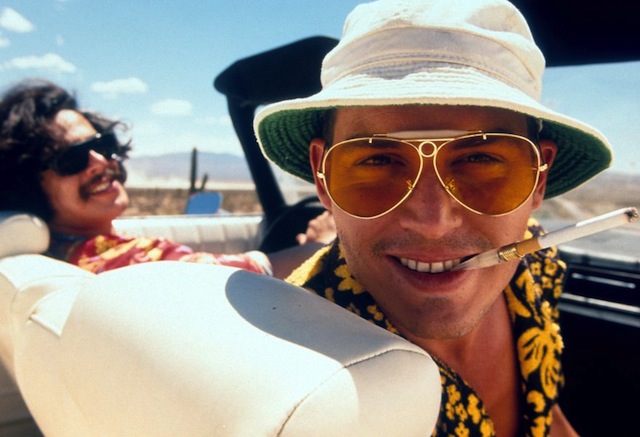 Depp enthusiastically portrayed Raoul Duke in Fear and Loathing in Las Vegas, based on the autobiographic novel by Hunter S. Thompson. Though we’d love to road trip to Vegas with Johnny, he’d need to lose the gold-rimmed glasses and cocktail-length cigarette holder. Oh yeah, and the psychedelic drugs, too. 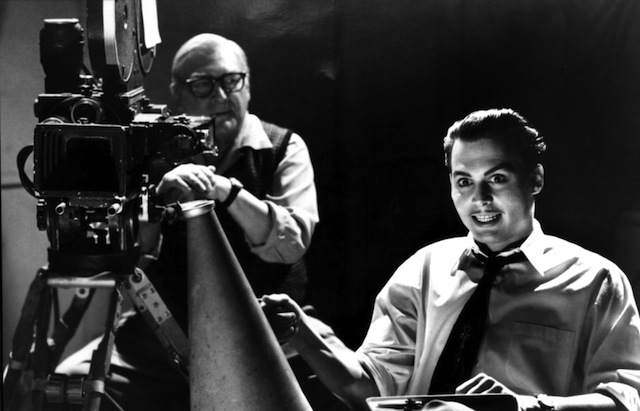 As quirky Ed Wood, Depp may have gone a bit overboard indulging in an over-the-top campy performance. But his portrayal of the real-life low-budget science fiction filmmaker was probably spot on, since he looks so much like a guy who prefers to watch than participate. 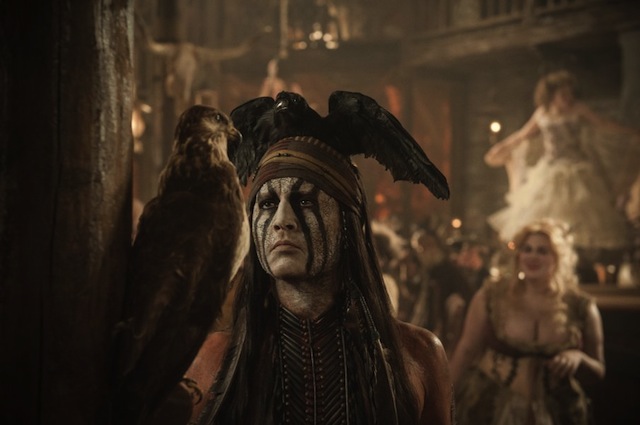 This is the sexiest version of Tonto we could ever imagine. Depp was certainly the most exciting part of last year’s The Lone Ranger, which also starred Helena Bonham Carter and Armie Hammer. We just can’t help but wonder how long before the dead crow on his head would start to stink. 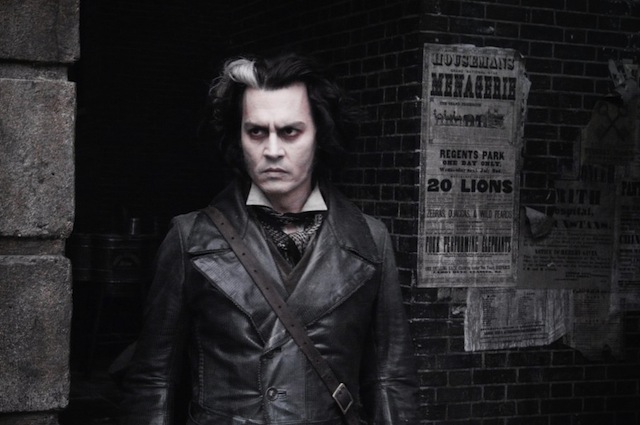 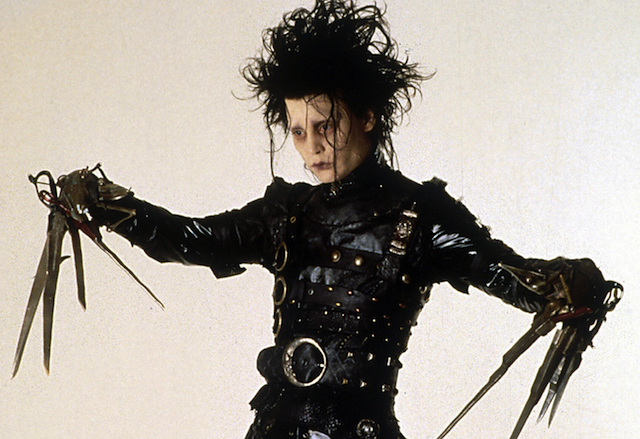 Oh! Be still my beating shears. Though we thought he was adorable before he made Edward Scissorhands with Winona Ryder in 1990, it was this character that made him a movie star. Mashing up goth with intense vulnerability, Scissorhands became an icon of the romantic tragedy genre. 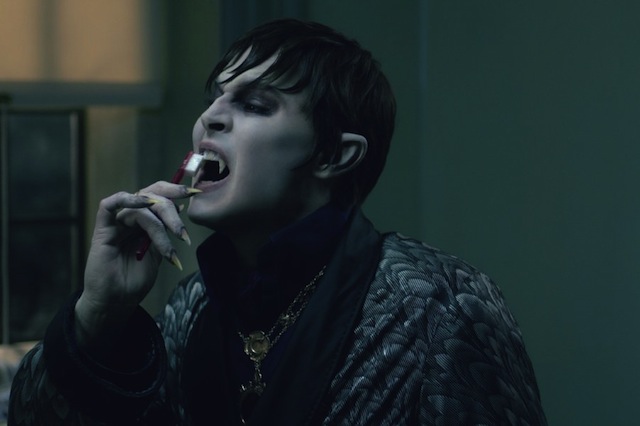 Ever since Twilight proved that women love fangs on men, we totally want to take a bite of Depp as the vampire Barnabas Collins from 2012’s Dark Shadows. The best part about his blood-sucking character is that he has excellent dental hygiene. 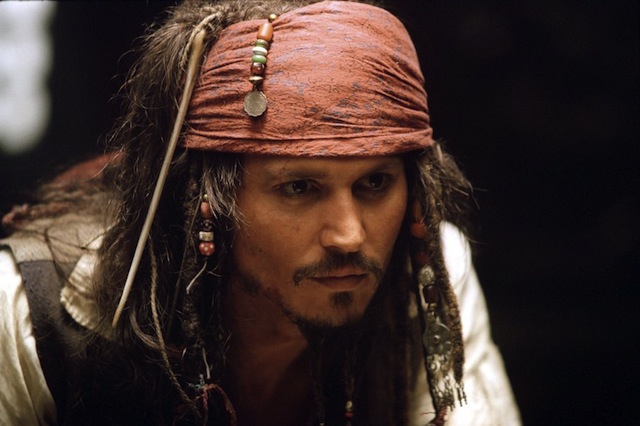 Now we’re talking! What’s there not to love about the charming and roguish Captain Jack Sparrow in Pirates of the Caribbean? Our vampire fetish is eclipsed only by our pirate fetish, because a worldly man who can find buried treasure is way more exciting than a pale dude who can only hang out at night. 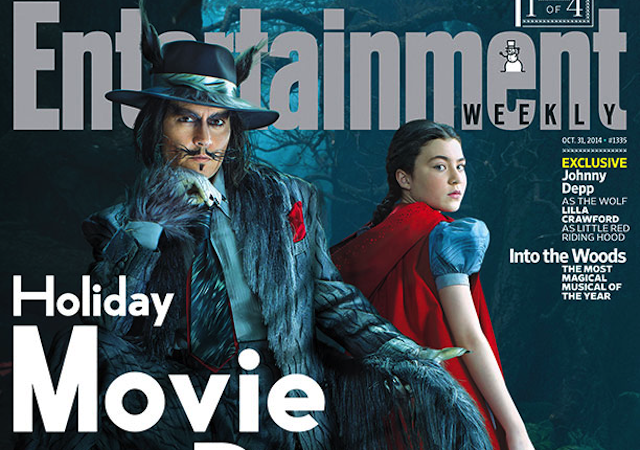 At this point, this cover of Entertainment Weekly magazine is the only picture of Into the Woods‘ Wolf that reveals Johnny Depp’s face. Though some haters are saying he looks more like “Puss in Boots,” we beg to differ. The idea that this dastardly, hungry, carnivorous beast is trying to lure an innocent girl to meet a tragic fate is something we think Johnny Depp would be most capable of, if he decided to use his hotness for evil purposes. Because we know he’s not evil, we’re thrilled to see what long nails and sharp teeth he has. Too bad we have to wait all the way until Christmas!