We never thought anyone could top the Between Two Ferns interview with Natalie Portman, but of course Bart Pit, I mean Brad Pitt, would be the one to do it.

What can you expect? Yes, awkwardness, but also a few surprises along the way, including a special stand-up performance.

And, naturally, more uncomfortable silences and exaggerated eye-rolls than one might imagine possible in a mere five-and-a-half minutes. If Pitt’s facial expressions don’t inspire you to carve out a few minutes to watch this hilarity, we don’t know what will.

“I’m just saying I interviewed the president last time, and now I’ve got to go back to interviewing dumb actors.” 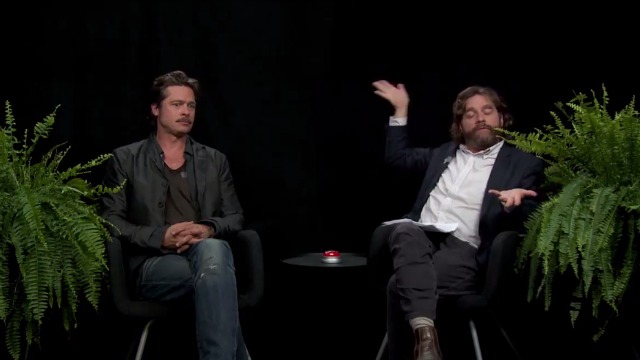 “How old were you when you lost your virginity? Zero?” 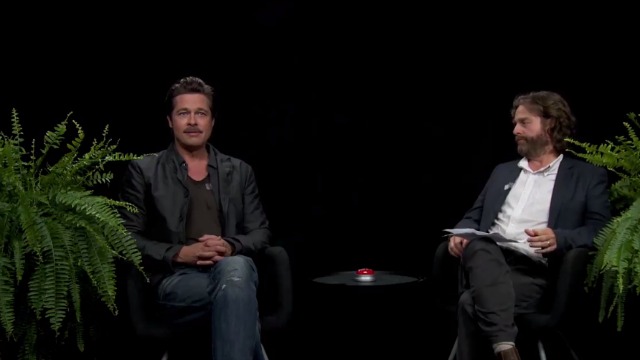 “Showers… why don’t you take them?” 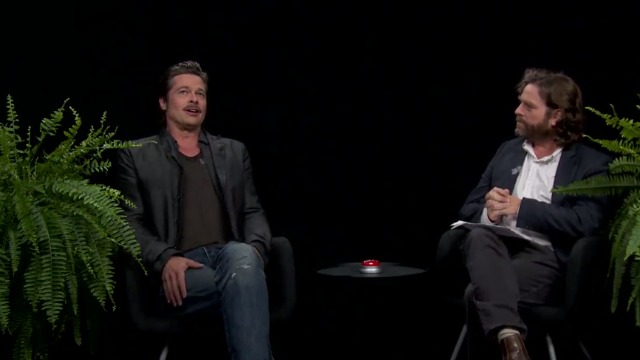 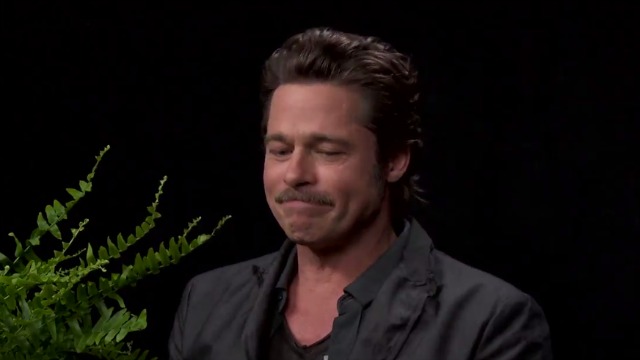 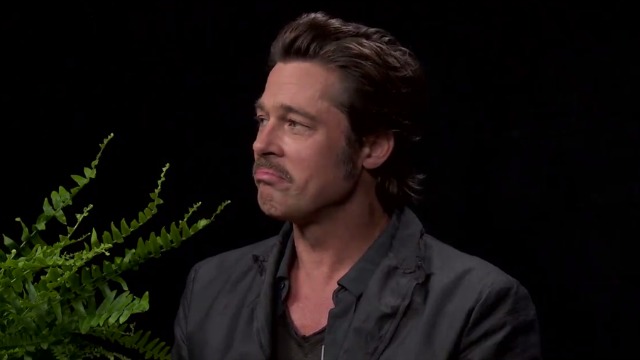 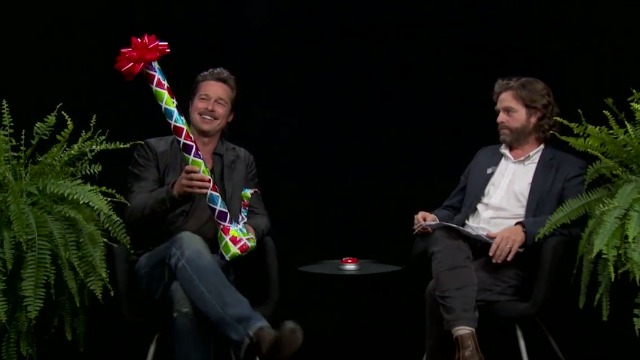 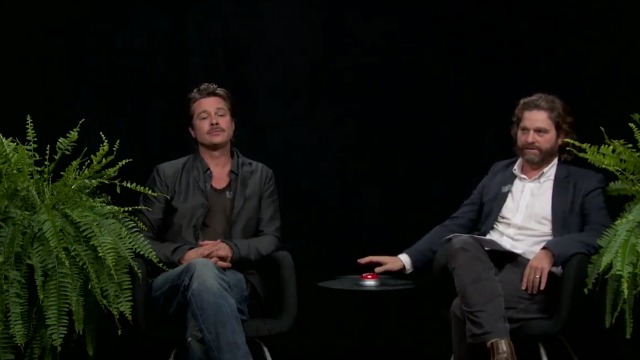 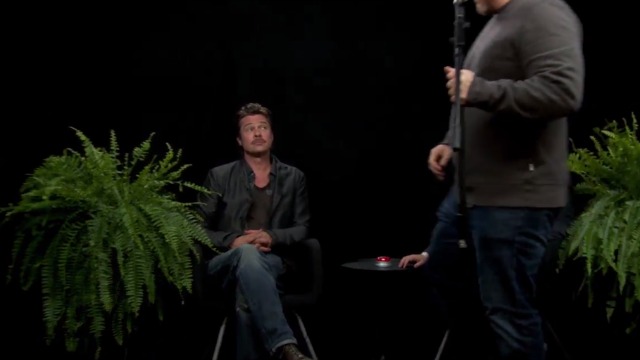 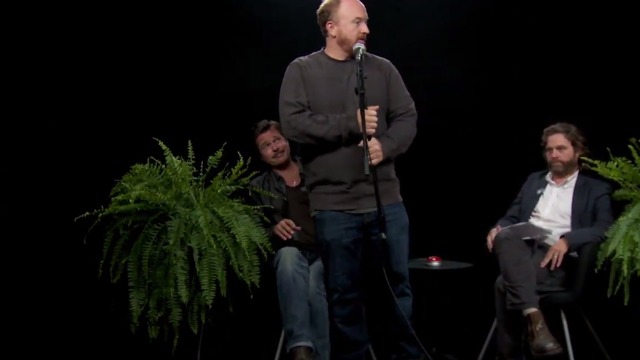 “When you and Clooney get dressed up in your tuxes together, do you ever kind of look at each other and go, ‘Aren’t we a couple of Dapper Dans?'” 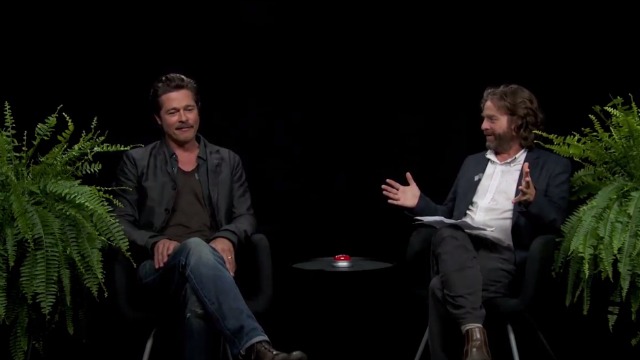 “Is it hard for you to maintain a suntan… because you live in your wife’s shadow?” 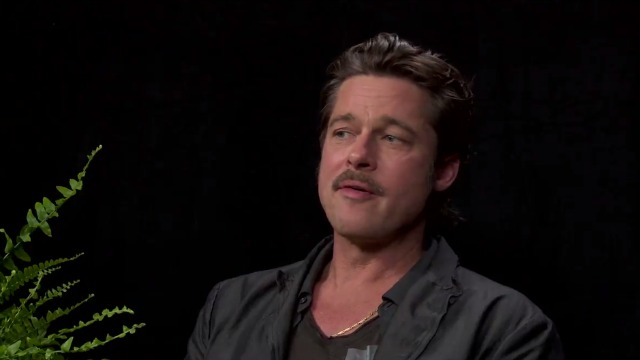 “Tell me: What was it like the first time you laid eyes on Angelina? Was it one of those classical love stories, like when Ross first saw Rachel?” 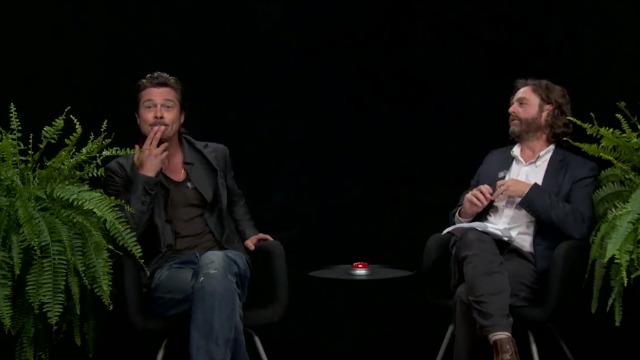 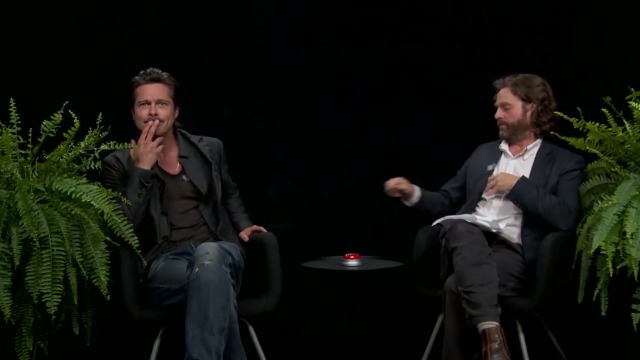 “Do you think people focus too much on your looks and maybe don’t even realize that you’re just a shitty actor?” 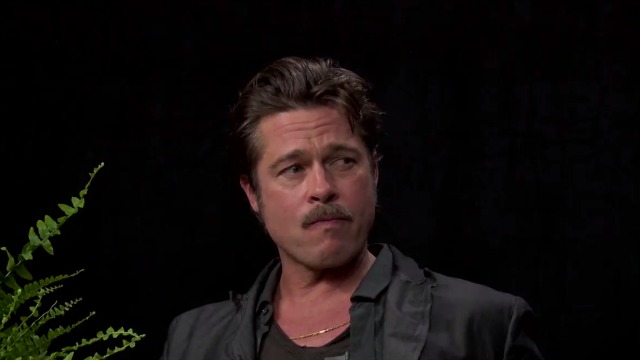 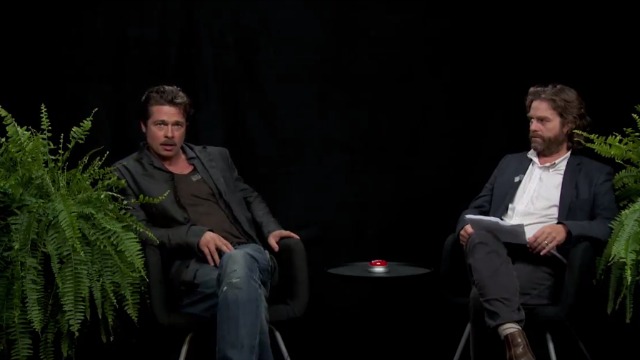 Seriously, guys. Watch it for yourself:

What were your favorite parts and quotes from the “interview?” How Brad Pitt can’t maintain a tan because he’s always in Angelina Jolie’s shadow? Yeah, ours, too.