Nina Dobrev is channeling her inner Game of Thrones Dothraki for her crossover appearance on The Originals, and we’re loving it!

Hiss all you want: Caroline and Klaus’ love is eternal

OK, so she isn’t taking on the role of Drogo, but that doesn’t mean her character won’t be exciting come her appearance in Episode 5. Dobrev will play the role of Tatia, a doppelgänger from the Viking days who falls in love with both Klaus (Joseph Morgan) and Elijah (Daniel Gillies).

Well, we’ve already heard Tatia’s name mentioned once before on The Vampire Diaries Season 3 when Elijah and Klaus were still characters in Mystic Falls. The story is very reminiscent of the more popular Elena, Stefan (Paul Wesley) and Damon (Ian Somerhalder) love triangle with one major twist: Tatia was killed by Esther.

Thank goodness The Originals cast is so pretty: These Season 2 photos are lame

Executive producer Michael Narducci filled us in on the details of Tatia’s appearance, “We tell a story that will make you understand her fate, what happened to her, her relationship with both brothers and why what happened between her and the two brothers is so beautiful but also tragic.”

Narducci said The Vampire Diaries and The Originals are very careful not to incorporate crossovers just for the sake of having them as part of the show. Instead, the producers want it to feel “organic.” It made sense for the show to bring Tatia into the story for this season via this very significant flashback. 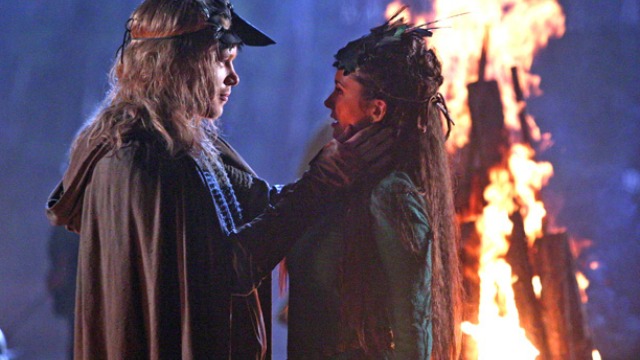 Is that a smile we see on dear Klaus’ lips? The masks on their heads would suggest this is a secret rendezvous between the two lovers during a party. Don’t get jealous, Caroline. We’re trying our best not to either. 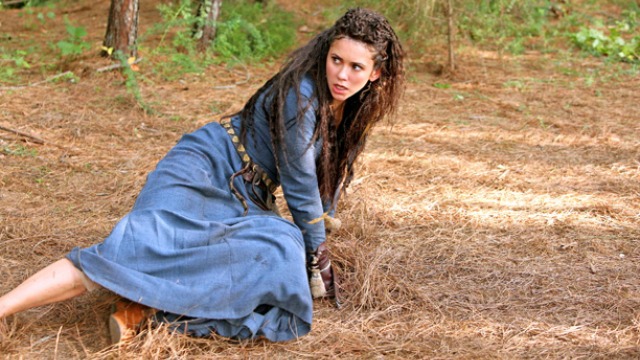 We can’t get over how wild her hair is! We’re loving it, though. This is definitely a doppelgänger like we’ve never seen her before. She has to be more like Katherine than Amara if she’s handling these two Original brothers, wouldn’t you agree? 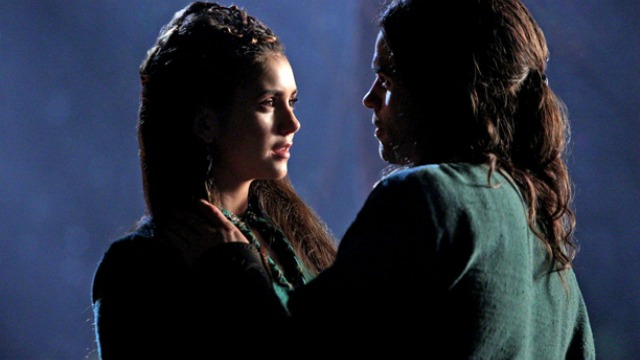 Do you think Tatia is a better match for Elijah or Klaus? I guess it will depend on her personality, but it looks like Dobrev and Gillies have some serious chemistry in this photo. Not that it would be hard to muster up some chemistry with Gillies. 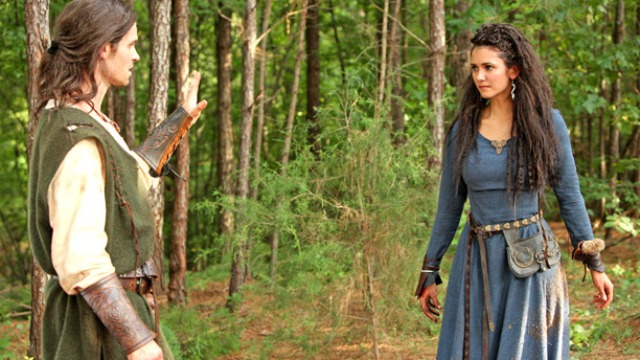 Nina Dobrev’s episode of The Originals will air on Monday, Nov. 3, on The CW.