For Halloween, the filmmakers behind the new horror movie Ouija decided to hold a séance at the Hollywood Forever Cemetery and we were (un)lucky enough to attend the event that proved to be a real-life fright night!

Related story Neve Campbell Says She May No Longer Revive Her Final Girl Role in Scream: 'I'll See How I Feel’

In order to promote the film Ouija, the filmmakers put together a very special séance. Conducted at the Hollywood Forever Cemetery, we were more than a little freaked out during the event. We get the creeps just thinking about it, so luckily, we’re able to share this video with you!

One person who wasn’t creeped out was professional medium and magician Rob Zabrecky, who conducted the séance. Zabrecky said he was really excited to be at this historic cemetery, saying, “For me, it was really special.”

When we asked if he thought he made actual contact with the spirit world, he said, “Well, it sure appeared that way. I always tell people if you believe, you will receive. In that particular room, a lot of the attendees did believe.” 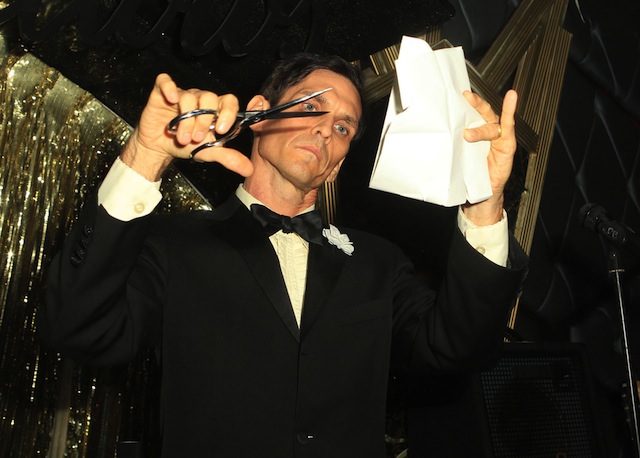 Zabrecky says he’s had lots of strange experiences working as a medium. One particularly freaky thing happened when he was in the Houdini Séance Room at the famous Magic Castle in Hollywood.

“There were lights going on and off, things were kind of shifting and moving, even though I was in the room by myself,” he said.

Things moving by themselves? Holy s***!

But Zabrecky claims he wasn’t scared. “I was more curious. I mean, this is a room where people gather to contact the other side and then something unexplainable happens. It makes you kind of scratch your head and wonder.”

If you want to catch him in person, Rob Zabrecky will be conducting a séance at the Festival Supreme on Saturday, Oct. 25 in Los Angeles, where he’ll be attempting to contact his deceased grandfather.