Over the years, it’s evident that Angelina Jolie has changed dramatically in both her outlook on life and romance, because according to her ex-husband, Billy Bob Thornton, she had some pretty creepy views on romance when they were together!

It has been previously reported that Jolie and Thornton did some weird shit together (dungeons, razor blades and blood vials) during their “whirlwind” marriage, which lasted from 2000 to 2003 — and now Thornton is shedding some light on it.

During an interview with a gathering of students at Loyola Marymount University’s School of Film & Television last week, Thornton was once again asked about his romance with Jolie. And the Hollywood Reporter has since transcribed his answers.

So, firstly what about the dungeon in their house?

The Sling Blade actor explained that the rumors that there was a dungeon in their house weren’t true and that it was actually a basement recording studio. However, he does admit that other aspects about his romance with Jolie were a tad crazy.

“I mean it was a crazy time. I’ve never been fond of it,” the actor explained. “[The] vial of blood is very simple. You know those lockets you buy that are clear and you put a picture of your grannie in and wear it around your neck? She bought two of those.”

“We were apart a lot because she’s off making Tomb Raider and I’m making Monster’s Ball. She thought it would be interesting and romantic if we took a little razor blade and sliced our fingers, smeared a little blood on these lockets and you wear it around your neck just like you wear your son or daughter’s baby hair in one. Same thing. From that, we were wearing quart jars of blood around our necks. And we were vampires, and we lived in a dungeon,” he said.

Although we personally don’t think it’s too romantic to cut your fingers with razor blades, the pair did have some good times together, as seen by this picture when they shared a romantic smooch in 2001 during a break on the set of Jolie’s film Life or Something Like It. 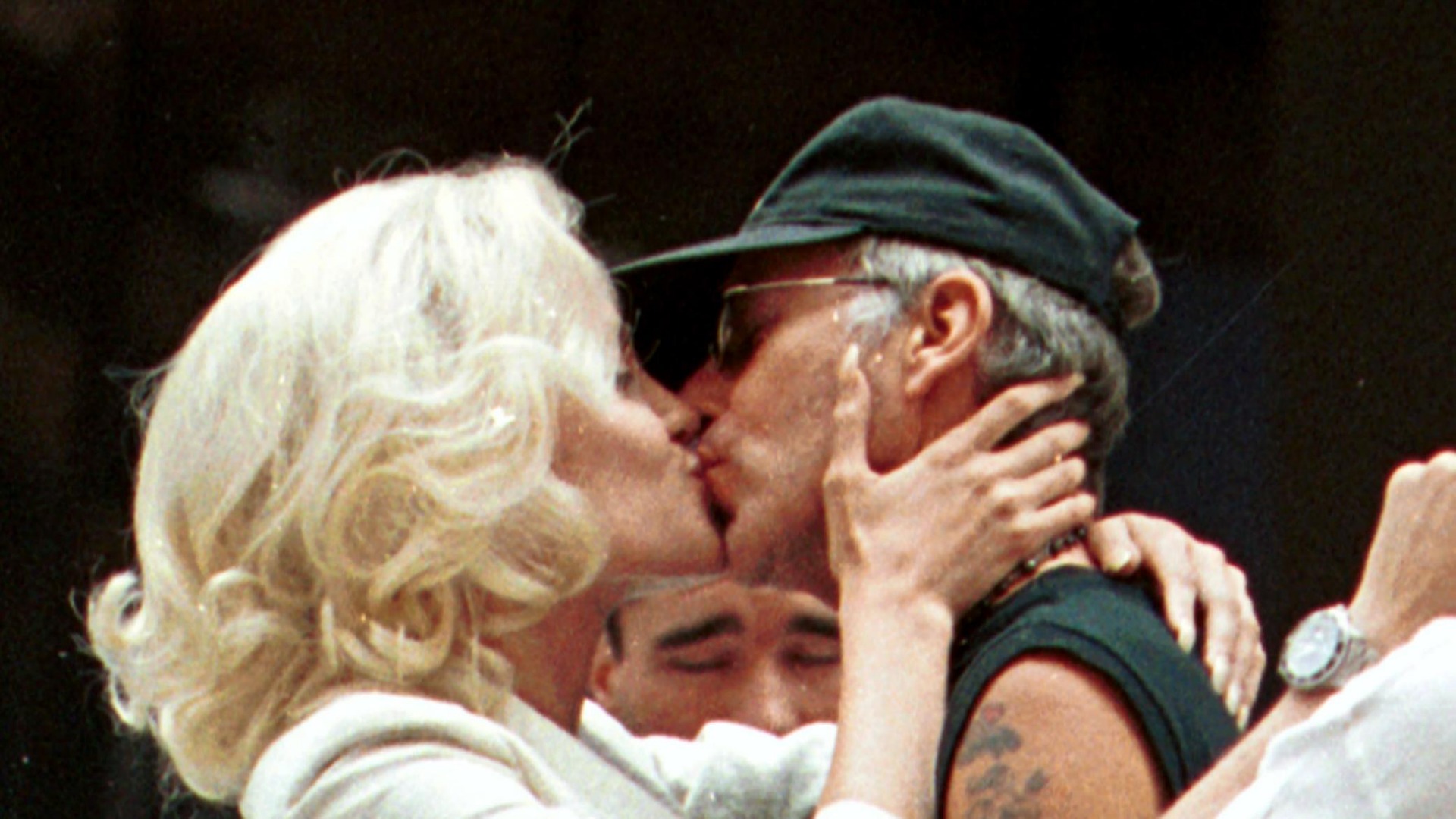