Keira Knightley is known for playing characters who are rebels, so it’s no surprise to see her play a young woman who goes against the grain in Laggies. Funny, real and surprisingly sexy, we think you’ll totally relate to this movie.

In Laggies, Keira Knightley plays Megan, a 28-year-old woman with plenty of education but not enough employment. She doesn’t seem too worried about it, however, as she really enjoys lounging on her parents’ couch and watching TV in the middle of the day. Who wouldn’t, right?

Keira Knightley opens up about her struggle with neuroses

But Megan’s mom, boyfriend and clique of friends have big expectations for Megan and can’t stop letting her know she needs to keep up with the rest of her peers. To intensify the situation, Megan’s boyfriend, Anthony (Mark Webber), proposes marriage to Megan, causing her to totally panic.

Unable to deal with her own reality, particularly after discovering her father is cheating on her mother, Megan decides to escape for a week so she can, hopefully, press pause on her life and figure everything out.

The plan? Stay with a high school girl she met when she agreed to buy alcohol for her and her underage friends. OK, so it’s a really lousy plan, but it’s certainly one we’ve never seen before. Considering 17-year-old Annika (Chloë Grace Moretz) is in need of a mother figure, it actually seems to go quite smoothly until Annika’s dad, Craig (Sam Rockwell), discovers Megan’s age. 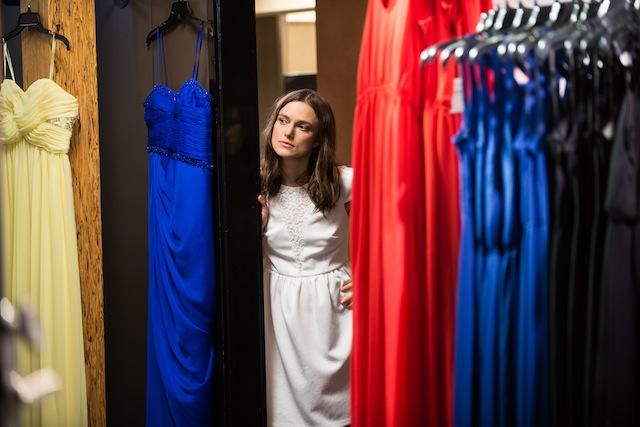 Though Megan is desperately afraid to grow up and could easily be irritating, Knightley manages to play the millennial without a sense of entitlement. A lesser actress could portray Megan as a spoiled brat who wallows in her own misery, but Knightley handles the character with charm and pluck. Instead of judging Megan, Knightley brings her fear to the surface and never loses a true sense of joy, adding the humor in the film. Knightley also manages to use a lot of physical humor that adds a load of charm to the film.

Keira Knightley: Teen years are hard to live as an actress

While Knightley and Moretz have great girl chemistry, it’s Knightley and Rockwell’s sexual tension that really ups the stakes, adding a whole other delicious layer to the story.

We love seeing unexpected stories about women making surprising choices while searching for their correct path. If only more women could take their time finding themselves and not give in to society’s pressures to be something they’re not, it’s possible a lot of us could be much happier.