Jordin Sparks has some new fresh-faced Instagram photos, and we’re loving them.

Was this tweet from Jordin Sparks a hint about the breakup?

There is nothing better than a confident lady, and Sparks is definitely embracing her good looks inside and out. 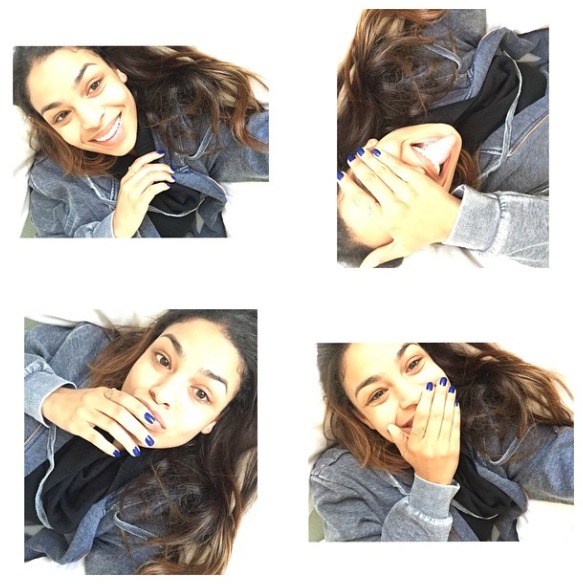 Sparks also followed those makeup-free photos with a quote image that reads, “You are amazing, remember that.”

You’re amazing too, Jordin Sparks! We love it.

Instagram isn’t the only place you can find fresh-faced Sparks. She’ll also be appearing on an upcoming episode of the Meredith Vieira Show, where she revealed an intense celeb crush on none other than Brad Pitt.

“I can’t even look at his picture. He’s just too much,” the singer gushed on the show. “I feel like he’s staring into my soul. I can’t even focus. He’s so handsome.”

Jordin Sparks: Whitney wasn’t afraid of her past

“I think he would be very nice if I met him, but I don’t think I’d be able to speak, so I don’t know how that would go,” Sparks said. “When I was 14 or 15, I was so obsessed. I had wrist bands that said Mrs. Pitt on them, I had a purse that also said Mrs. Pitt, and I had every single one of his movies. I was really excited about seeing Troy because I could see his butt in the movie.”

While, unfortunately for Sparks, we don’t think this matchup is in her future since Pitt is happily married to Angelina Jolie, we do think it’s great to see her happy and scoping out some man candy since she broke up with longtime boyfriend Jason Derulo last month.

Watch the full clip of Sparks’s interview below.