A Batman v Superman: Dawn of Justice extra is risking a $5 million lawsuit to divulge on-set secrets. Here’s what you need to know.

The incredible secrecy surrounding Zack Snyder‘s Batman v Superman has bred intense scrutiny and rabid curiosity. It’s not too surprising that the media was finally able to find someone willing to risk financial ruin to bring some on-set secrets to the masses.

Michigan’s WILX news spoke with an extra working on the set who confirmed that Batman‘s red-suited partner in crime, Robin, is indeed in the film. Not only that, but the extra told WILX that Robin is being played by a woman, which adds credence to recent rumors that The Hunger Games‘ Jena Malone might be playing Batman’s sidekick.

Malone set off the rumor mill earlier this week when she posted this photo from her Instagram account: 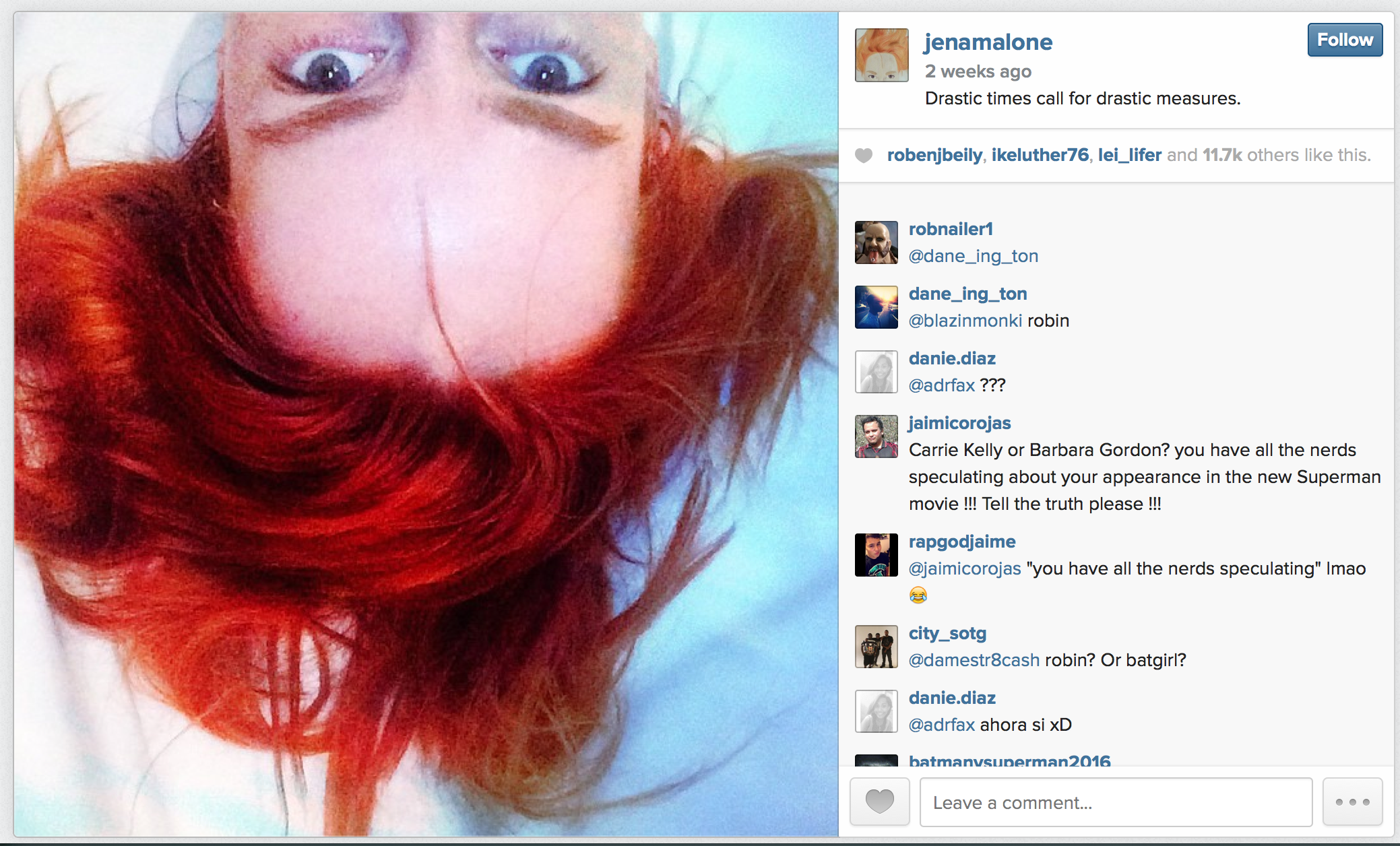 What to expect from Gotham‘s full 22-episode season

Employing a female Robin in the film means Snyder is pulling from Frank Miller’s graphic novel The Dark Knight Returns, which would mean Malone’s Robin would be Carrie Kelley, an overzealous fan who wins her place by Batman’s side after saving him from a lethal fight.

The extra also revealed that the weekend shoot took place at a party and included a fight between Bruce Wayne (Ben Affleck) and Lex Luthor (Jesse Eisenberg), after which there is a military response. The extra then went on to say that the scene included fireworks, paparazzi and special effects — which sounds pretty run-of-the-mill for a Bruce Wayne appearance, doesn’t it?

Let’s just hope Snyder doesn’t find out which extra broke confidentiality, because the fireworks on that reveal would probably eclipse anything seen on the set.