Nikki Reed and Ian Somerhalder haven’t been dating long, but they must be pretty serious about each other because they have just adopted a cat.

The couple introduced the latest member of their family via Instagram on Thursday, Oct. 16, and it’s a girl.

Reed shared an adorable picture of herself giving some love to her new adopted grey kitten, which she captioned, “Went to the animal shelter today to give some love to the babies living in cages who don’t have homes and ended up adopting this little girl! What should we name her?” 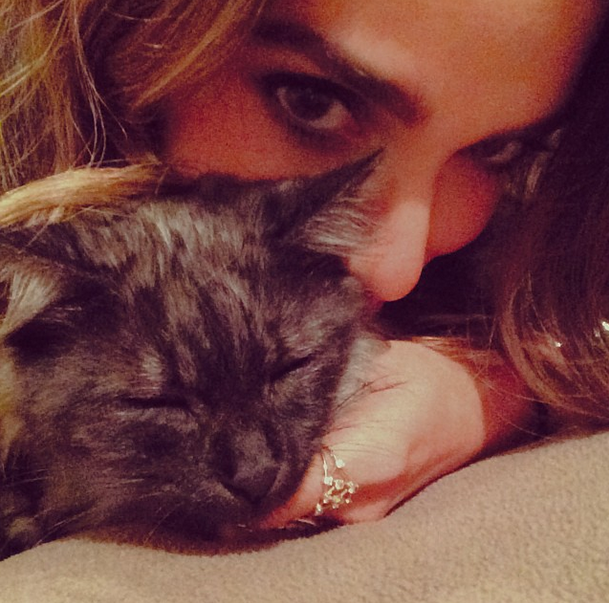 We’re already thinking up names for this little cutie, but some of the couple’s fans have already gotten creative with their name choices, which currently include “Obama,” “Hope,” “Applepaw,” “Stain,” and “Lucky,” among many more.

As for The Vampire Diaries hunk? He took to Twitter to inform fans about the “newest addition to the family,” adding, “Holy shit this little GIRL is amazing! PLEASEAdopt Adopt Adopt.”

The couple is pretty much perfect for each other, because they both share a major passion for animals, and just last week, Somerhalder celebrated the one-year anniversary of his beloved adopted dog Nietzsche. Taking to Instagram at the time, he shared an amazing picture of himself and his new girlfriend along with their two pups, in which he praised Reed for her work that benefited the ASPCA.

Reed recently designed a line of dog collars with and leashes with Gilt and 100 percent of the proceeds are going to the ASPCA. Aww!

PHOTO: Ian Somerhalder and Nikki Reed are the cutest celeb couple, ever

Tell us: What should Reed and Somerhalder name their new kitten?