The casting director for Nicki Minaj’s “Anaconda” video really missed the boat, because there’s new evidence that the lyrics, “Oh, my God, look at her butt,” were written about Amber Rose.

Rose dropped jaws this week when she shared a photo of herself in a tiny one-piece money-print bathing suit with her signature platinum cropped hair adorned with bright red hearts, but it wasn’t her fashion expertise that was taking the forefront. No, it was her perfectly shaped behind. 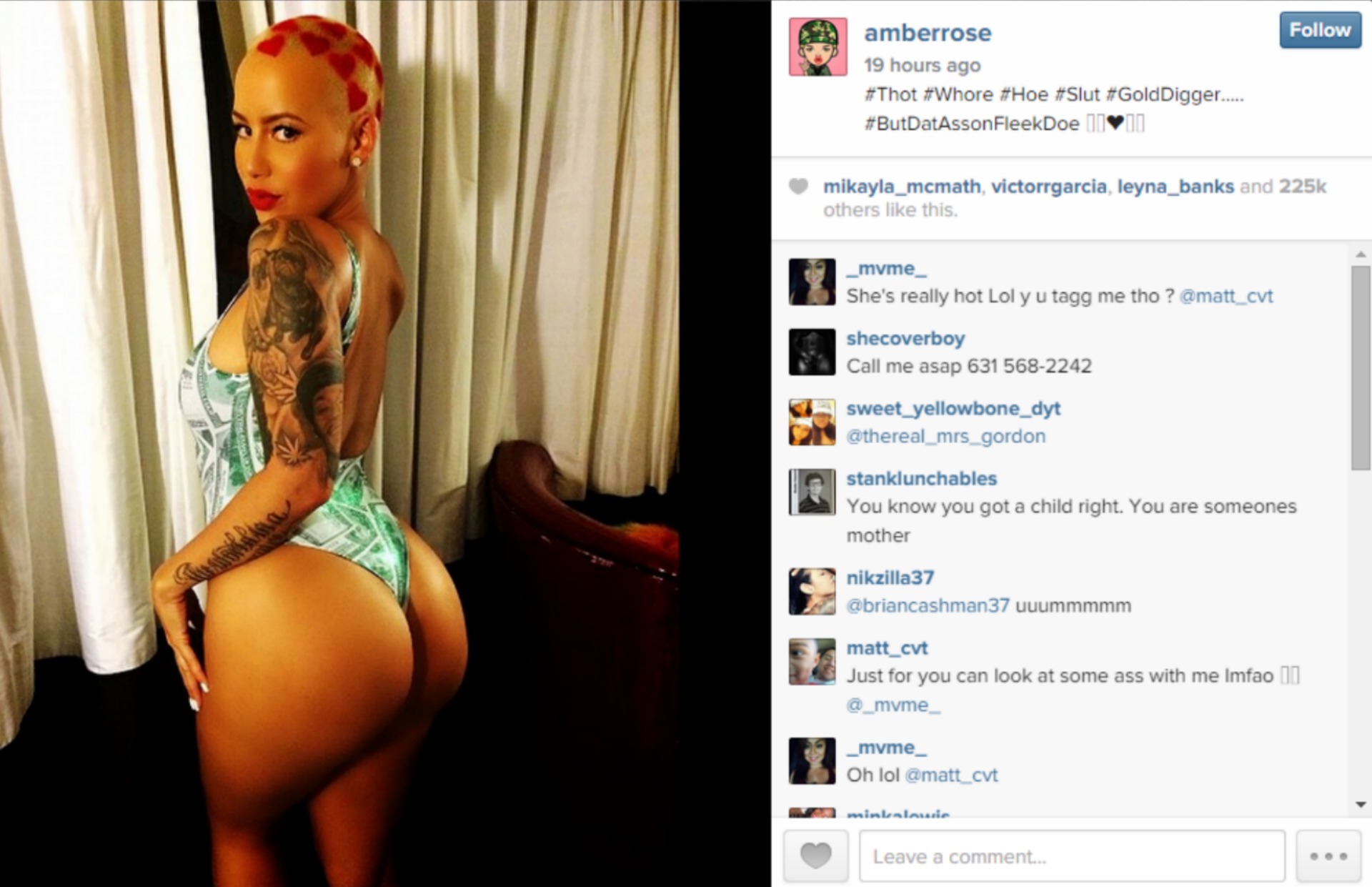 As most of us girls know, it’s hard to balance the coveted big booty look without sacrificing skin quality (I’m talking about cellulite here), but Rose somehow has managed to have her cake and eat it, too. Her bum is large and in charge, while still perfectly smooth. Safe to say, we’re jealous.

Her butt is so voluptuous, it gives Kim Kardashian a definite run for her money. The photo of Rose makes it resoundingly clear that Kardashian’s current husband, Kanye West, has a type. Rose and West dated from 2008 to 2010 and Rose has accused West of cheating on her with Kardashian and went so far as to call the socialite a “homewrecker.” Rose says that she caught Kardashian sending West racy pictures of herself, which is interesting, because the newly single Rose has reportedly been doing the same thing recently, according to OK! magazine. It’s rumored that Kardashian has laid out an Amber Rose communication ban for her husband.

Judging by her caption, the picture is also a bit of social commentary on Rose’s part. The caption reads, “#Thot #Whore #Ho #Slut #GoldDigger….. #ButDatAssonFleekDoe.” It seems that Rose is trying to say that she’s unapologetic for who she is, despite all of the negative things that have been said about her since she first came under the spotlight.

In addition to the statement she seems to be making, this photo is obviously the biggest revenge on an ex anyone can commit. Whiz Khalifa might be re-thinking his reported indiscretions right at this very moment.