Oh, Martha Stewart really wants to win this fight. She continued her lifestyle-turf battle with Gwyneth Paltrow and took it up a notch by delivering a low blow in the latest issue of Martha Stewart Living.

The domestic goddess might be feeling a bit threatened by the Goop founder because Stewart took the time to poke fun at Paltrow’s infamous phrase, “conscious uncoupling.” The spread shows a delicious slice of pie with whipped cream topping for Thanksgiving, but it’s the text that says it all. 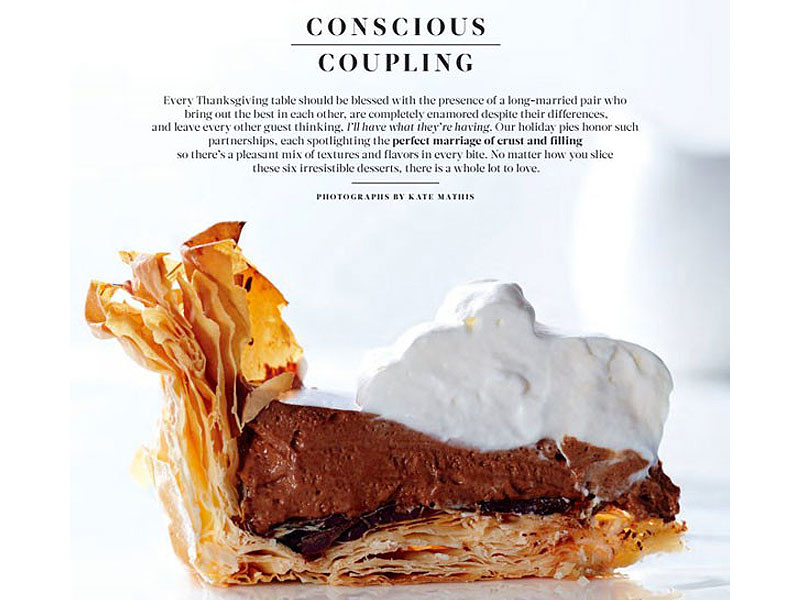 The accompanying article said, “Every Thanksgiving table should be blessed with the presence of a long-married pair who bring out the best in each other, are completely enamored despite their differences, and leave every other guest thinking, I’ll have what they’re having. Our holiday pies honor such partnerships, each spotlighting the perfect marriage of crust and filling so there’s a pleasant mix of textures and flavors in every bite.”

The bold text of “perfect marriage of crust and filling” surely is a dig at the unraveling of Paltrow’s marriage to Coldplay singer Chris Martin after 10 years together. The layout was done in a cheeky way, but is it a little mean, too?

Stewart started the feud by last month by sharing that if the Iron Man 3 star “were confident in her acting she wouldn’t be trying to be Martha Stewart,” to Net-a-Porter’s Porter magazine.

Paltrow took it all in stride and last week replied to the comment at Fortune’s Most Powerful Women Summit. She said, “If I’m really honest, I’m so psyched that she sees us as competition. I really am.”

Will Paltrow take this to the next level and give us Round 4? Or is Stewart just fighting a one-sided battle? Maybe Blake Lively can chime in next.