Kat Dennings may play the role of a broke girl in 2 Broke Girls, but in the love department she is super-rich because the actress has a hot new boyfriend: Josh Groban.

Who was the better host at the People’s Choice Awards: Beth Behrs or Kat Dennings?

The pair may seem like an unlikely match, but they do look really happy together, which was evident when they attended the 2014 Carousel of Hope Ball over the weekend, an event sponsored by Patron Tequila, in Beverly Hills, California.

Dennings and the “You Raise Me Up” singer could not keep their hands (and eyes) off of each other on the red carpet of the event and the pair quickly sparked romance rumors — which we are now happy to learn are true.

E! News confirmed that the pair is dating, and a source revealed how the lovebirds interacted with each other that night.

“They were so cute together! They were adorable on the carpet. She was whispering in his ear a lot and they seemed really happy,” the source said. Aww!

Groban certainly has a thing for beautiful women, and his past flames include Mad Men star January Jones and Katy Perry, but we’re hoping that this new relationship is the one that’s going to last.

The 2 Broke Girls beauty even took to Instagram on Monday, Oct. 13, to share a picture of herself and her new beau looking very pleased with themselves. 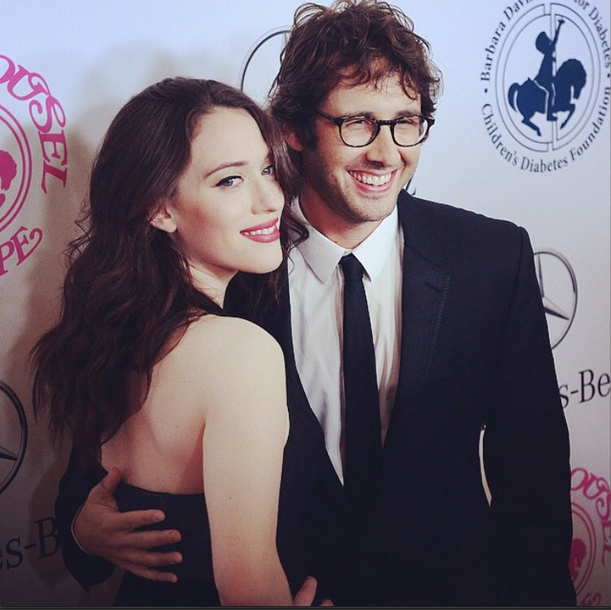 She captioned the image, “I ship it.” We have no idea what that means, but a very big congratulations to the new couple.