Cameron Diaz always seems to be a can-do-anything girl, but even she has her limits. The stunning blonde admits she’ll go to great lengths to conquer her fears, which actually include singing in front of people and heights.

The Bad Teacher star is featured in Marie Claire‘s November issue and spoke about what she’s scared of and how she deals with it. Cameron has a couple of main fears, so to face her aversions she tackled them head on.

“The two things I’m most terrified of are heights and singing in front of people,” Cameron said. “I’ve jumped out of airplanes and scaled sides of cliffs — not to get over my fears, but to address them. I just felt like this is something that needed to be addressed. I cried uncontrollably. Everybody was so supportive and having fun with it because I was so pathetic, but the only way to get through scary things is to have a sense of humor about it.” 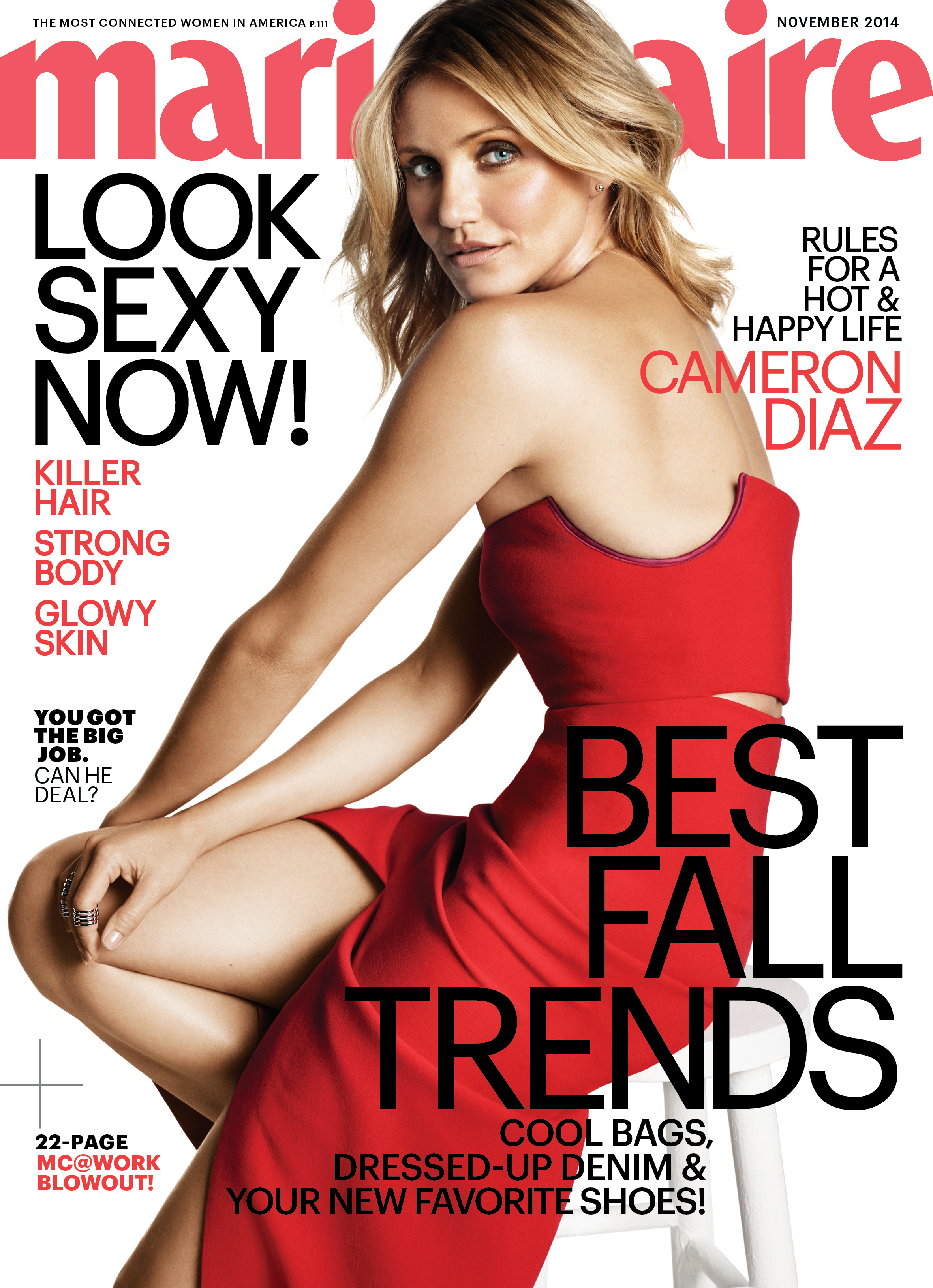 Benji Madden is a lucky man to be dating Cameron Diaz

So, of course, to address her dread of singing in public, Cameron did the most sensible thing she could, which is to star in one of the most classic musicals of all time, Annie. What better way to face her big public-singing phobia than to belt out sweet tunes in front of millions?

Showing her butt on film is surprisingly much less fear-inducing for Cameron than the thought of singing for people. The beauty says she’s fine with doing nude scenes for movies and has no issues with it if a movie calls for it.

“People have seen my butt. I’ve shown the top of my butt, the bottom of my butt,” Cameron said. “I’m not opposed to doing nudity, as long as it’s part of the story. I’ll do whatever has to get done if it’s the right thing.”

As for having kids, Cameron said she may or may not have any, but she won’t do it just because she should. “If a family happens then, it happens. If children come to me, then I would do that, but I’m not someone who feels like she has to do something because it’s expected.”