American Horror Story: Freak Show has a few surprises hidden beneath its big top. And one was revealed likely earlier than expected: that Pepper, the microcephalic character first seen in Asylum, is returning.

In fact, she’s the first AHS character from a previous season to return to the show; but that isn’t the end of it — at least not according to actress Naomi Grossman, who plays Pepper.

To give you a little background on Pepper, she was convicted of drowning her sister’s baby and cutting off his ears. She later denies it, though, saying that her sister’s husband did it and told everyone it was Pepper. “That’s what happens to us freaks; we get blamed for everything.”

One should also note that Freak Show takes place about 10 years before Asylum, so we had to know: Will we see the connection or cross over into Asylum? And if so, when?

“They’re writing the show as they go,” she says, “so I’ve only read up to Episode 8. I’m sure toward the end, more of that will be revealed.”

This may or may not include what will become of Salty, a fellow microcephalic who appears to be Pepper’s sidekick in Freak Show.

“Also, who’s to say Pepper doesn’t have a sister? What if we got to see her sister? Or is she her twin?” 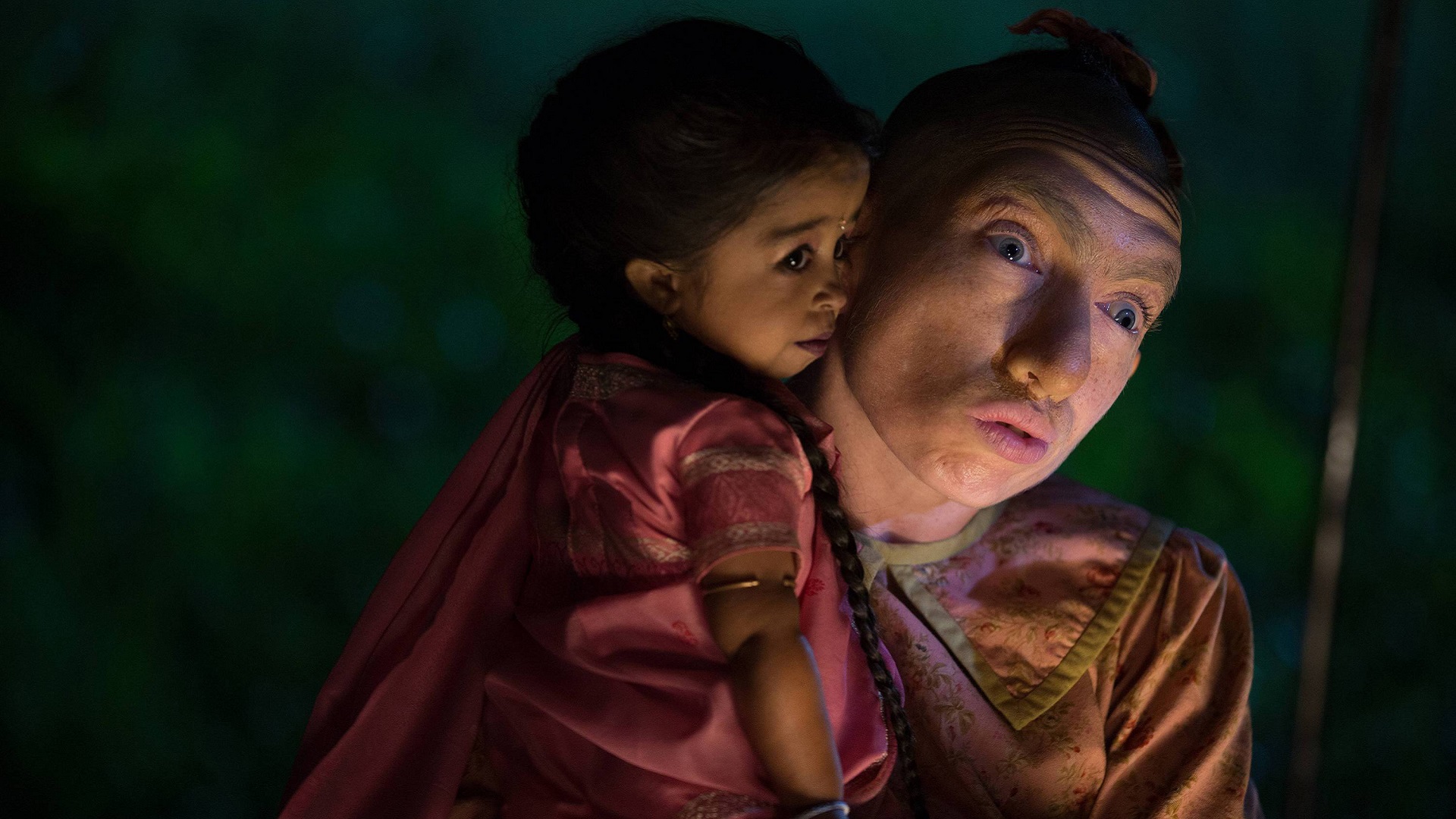 The beginning of the AHS: Freak Show trailer may have revealed a new character (VIDEO)

“I heard from this point on, we go two-by-two. We’ll have two deaths per episode. So, I’m safe, but we’re always wondering, ‘Who’s next?'”

And we may not have to wait long for the next death. In a recent interview with E!, Ryan Murphy says “something really horrible” will happen during Episode 5, when Matt Bomer makes his first appearance. “It’s maybe one of the most disturbing things we’ve done… It’s a true horror scene,” Murphy says.

So, we had to ask: Will Bomer share screen time with Grossman? Unfortunately not, but if they did, Grossman has one scene in mind she’d like to film with him.

“When I heard that Matt Bomer was going to join us, I was like, ‘He’s like the hottest person.’ We need a sex scene, Matt and Pepper.”

But on a more serious note, this season of American Horror Story is bound to be the scariest season yet, at least according to Grossman.

“This does feel much more like a human story, which is almost scarier because people are afraid of the delusional,” she says. “Meeting the freaks, I remember the first time meeting Matt (the seal), even I had to check myself and behave myself and not stare.

“This show is going to test people in terms of, ‘Should I stare? I shouldn’t.’ I think that’s really scary for people, these abnormalities, which are real.”

Poor Angela Bassett, she had one wish for AHS: Freak Show and didn’t get it