Lea Michele has gotten another shot at love, and she appears to be super happy with her new boyfriend (and former gigolo) Matthew Paetz.

So happy, in fact, that the Glee star decided to take her relationship public with her first post of her and her beau on Instagram on Sunday, which she captioned with a super sweet quote about love.

“To love and be loved is to feel the sun from both sides,” the happy actress wrote alongside the image, which shows the couple holding hands and appears to have been taken while they were enjoying a hike together (something they have been spotted doing on several occasions). 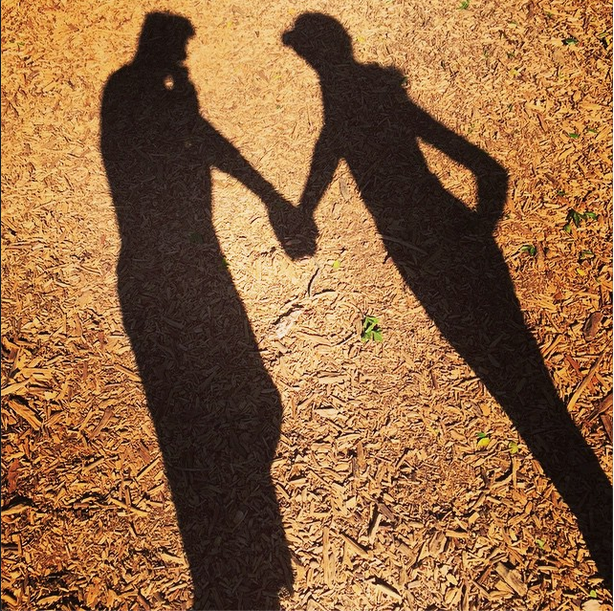 The cryptic caption is a quote by American psychiatrist, author and businessman David Viscott. Apart from suggesting she may be in love, it is also a clever quote given that the image is of Michele and her man’s shadows.

Lea Michele gets dis of a lifetime from Jessica Lange

The image is the first time Michele has decided to share a picture of her beau (well, sort of), and we think this means things are getting even more serious between the pair; Paetz moved into her home just last month.

We’re glad the New Year’s Eve star has managed to find happiness again — she was left heartbroken after her boyfriend and former co-star Cory Monteith died last year from an alcohol and heroin overdose.

While a lot of fans are unhappy that the actress is already moving on with her life, Monteith’s dad Joe is not one of those people.

“She’s a beautiful young woman, she’s just getting to the top of her career and I don’t expect her to go out and do it alone,” Joe previously told ET Canada, People reported. “She should enjoy life. She had a good time when she was with Cory, from what I understand, but life’s gotta go on.”